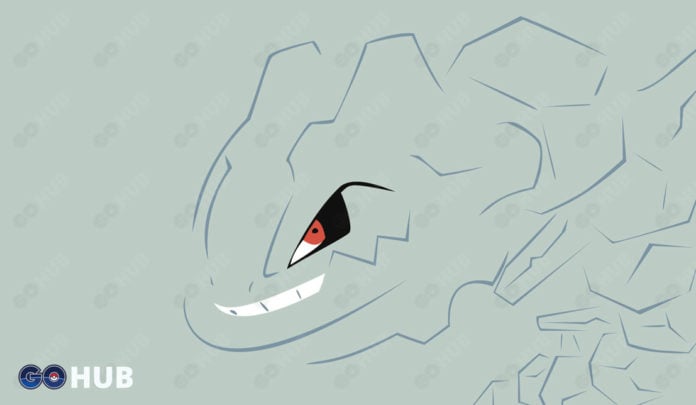 There is a good number of Pokémon that have carved a niche for themselves in the Great and Ultra League meta. However, few have been as dominant as Steelix.

Boasting the best defensive typing in the game, coupled with one of the best offensive types, this giant metal snake is truly a sight to behold and more importantly, fear. This iconic Pokémon has some pretty interesting stuff going for itself. To begin with, it comes with a whopping 10 resistances. Add that to the fact that it has a monstrous DEF stat, and you have got a true wall in your hands.

Steelix has one of the most diverse moveset that you can find in the game. The September 2019 move update even added a new fast move to its arsenal. And that speaks a lot about its usage, as the moves are rather impressive.

What was once just touted to be a decent gym defender, is now literally towering over its peers in the Great and Ultra League. Let’s plunge into the depths where Steelix typically lives and find out just why you should absolutely have it in your team.

Steelix has a Maximum CP of 2414 at Level 40. It has a dual typing of Steel and Ground and as such, is weak to Water Ground Fighting and Fire. Its amazing set of 10 resistances include Poison Electric Rock Bug Normal Steel Flying Psychic Dragon and Fairy type.

Steelix has the following stat distribution:

Steelix can learn the following moves in Pokémon Go:

As a Steel type, its resistances come a lot in handy. Steelix is one of the best Pokémon to lead your team as it can put pressure on your opponents to use shields and at the same time, save shields for the rest of your team due to its ability to absorb damage. Even opponents using super-effective moves aren’t going to OHKO it. Yes, it’s that good.

Steelix has fantastic matchups and synergy with many of the top Pokémon in this league. Take Altaria, for instance. Whether this fluffy dragon is your opponent or a part of your team, Steelix has you covered in both aspects.

However, such greatness also comes with a noticeable chink in its steely armor. It is weak to some very common types and in such cases, it is advisable to bring Steelix up to a charge move and then switch. This works because Steelix has what it takes to actually get a charge move powered up regardless of the matchup. Nonetheless, Steelix is undoubtedly a huge threat in the Great League.

A Steelix at level 40 has a Maximum CP range of 2051-2414 CP. This makes it ideal for Ultra League. It figures out among the best Pokémon to be used in this league once again due to its typing, resistances and versatile moveset.

It possesses the ability to take down many of the relevant monsters running rampant in this league. It doesn’t fear the rising usage of dragons in this league. Most notably, it is one of the few Pokémon that can stand head to head with either form of Giratina. Not only does it have the caliber to take any of the moves from the kings of the Ultra League, but it can also deliver super-effective damage through both the fast and charge moves.

That being said, it really has a hard time against some starter final evolutions like Swampert, Charizard and Blastoise. In such situations, you might have to use a shield if you want to preserve Steelix.

Yet, no one in their right mind would take Steelix lightly. With the right strategy and moves, you can put immense pressure on your opponent. Also, it plays a major role on your path to victory in the Ultra League. Use it well!

As aforementioned, Steelix is blessed with a fantastic moveset. Honestly, none of the moves it gets is bad. You can always find some use or the other, regardless of the moveset your Steelix is sporting.

Iron Tail and Heavy Slam get STAB and dishes out the highest DPS of all its moves. However, this moveset lacks the raw power due to Steelix’s low ATK stat and more importantly, is resisted by many of the Pokémon in these leagues.

Rather, run a Steelix with Dragon Tail. Hardly anything resists this move and you can chip in some neat neutral damage. This applies to Pokémon that can counter Steelix and also, some of the top performers in either league. In addition, it also helps you spam your charge moves very often and force shield baiting.

Thunder Fang is the latest addition to the already impressive moveset of Steelix. It charges slow but deals a good amount of damage, especially to the bulky water Pokémon that are often used to counter Steelix.

Crunch is a scary charge move as it costs less with low energy and can hit many Pokémon with neutral damage.

Finally, Earthquake! Steelix can actually take enough damage to fire off an Earthquake. It charges up pretty quickly and can KO many Pokémon. Beware of a Steelix spamming Earthquake!

Should you unlock a second charge move for Steelix?

Absolutely! The ideal moveset for Steelix is Dragon Tail paired with Earthquake and Crunch. 2 of these moves don’t even have STAB and this moveset is still one of the scariest combinations in PvP.

It is pretty evident that Steelix is indeed a high-level threat in PvP. It almost has everything going right for it. Be it required stats, moveset, and counters to relevant Pokémon, Steelix is a recipe for unleashing disaster onto your opponents. However, play smart when you are up against Pokémon that Steelix is weak to.

The usage of Steelix is highly recommended for the Great and Ultra League. It functions best as a lead and a wall to tank hits and forces shield baiting. Furthermore, it works as a great addition to your team in any of the PvP tournaments that allow the usage of Steel types. Accordingly, with the Sinister Cup being held on October 2019, Steelix is an amazing Pokémon to spook people out.

Not to mention, it sports a gorgeous looking shiny that would literally add a gold standard to your battles.

See that menacing and knowing grin on the face of Steelix? You know what’s the reason behind that now!