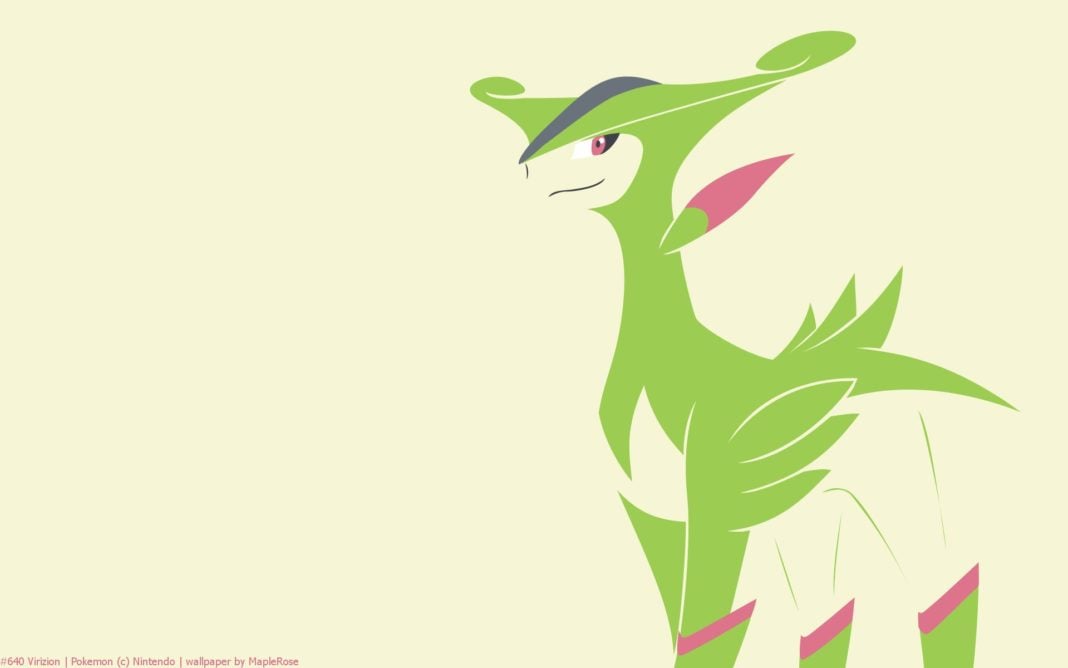 Virizion is a Tier 5 Raid Boss in Pokemon GO with a Raid Boss CP of 39601 CP. It is a Grass and Fighting type Pokemon, which makes it incredibly vulnerable to Flying type moves. On top of this, it is also weak to powerful Psychic, Fire, Fairy, Ice, and Poison type attackers.

Below are the CP values to look for as it pertains to a 100% Virizion and the Pokemon that should be used to counter Virizion in most normal scenarios.

Shiny Virizion is available in Pokémon GO. Due to its heavy Flying type weakness, it is very easy for 2 Trainers to defeat Virizion with top Flying type counters.

The average trainers should form groups of 5-6 players in order to ensure victory against this Raid Boss. Note that without powerful Flying types, Virizion’s solid Defense stat will make a duo very difficult.

List of counters for the Virizion Raid Boss in Pokémon GO, including best Pokémon to defeat it, highest DPS attackers, and moves to use. Learn which Pokémon are the best choice to beat this raid boss.

Best Mega Pokémon to use versus Virizion

Moltres is by far the best non-mega counter. Outside of Stone Edge, it has nothing to worry about and has an easy time with survival in the absence of Stone Edge. Honchkrow also has a good TTW, however, it’s secondary Dark typing lends itself to more faints across all movesets, especially Close Combat. Rayquaza is also highly effective with its Flying type moveset, but there is an opportunity cost due to it preferring a Dragon type moveset in most other situations.

Unfezant and Staraptor not only has good DPS, but also is a pretty common spawn. Due to this, it’s pretty easy to catch one at a high level and instantly have a battle-ready counter. Similar to Honchkrow, Unfezant’s secondary typing makes it more vulnerable to Close Combat than some other Flying types.

With a monstrous Attack stat of 300, it should come as no surprise that Mewtwo is the best non-Flying type attacker to take on Virizion. For those without Psystrike Mewtwo, Psychic is still better than non-Flying types, but the slightly longer duration could affect Mewtwo toward the end of its lifespan.

Lugia makes an appearance as an incredibly potent tank. While its TTW will lag behind most other Flying types due to a lack of a Flying type fast move, Lugia is amazingly resistant as it always has been.

Stone Edge is really the only move to be wary of when facing Virizion as its best counters are all weak to the move. Outside of Stone Edge, the main battle against Virizion will be the raid battle clock.

While not super defensive like Lugia or Defense Deoxys, Virizion does lean more defensive than most other Gen 5 legendaries, which means your attackers won’t gain energy as quickly from taking attacks from Virizion when compared to most other Generation 5 legendary Pokemon.

Virizion is one of the easiest Generation 5 legendaries to take on in Pokemon GO. Its double weakness to Flying as well as its weakness to Psychic type moves leads to a pretty simple battle as these two types have multiple powerful attackers that can reliably capitalize on these weaknesses.

Virizion also lacks the immediate firepower to threaten its top counters as even Stone Edge is unlikely to OHKO anything outside of Moltres and potentially Honchkrow at lower levels.