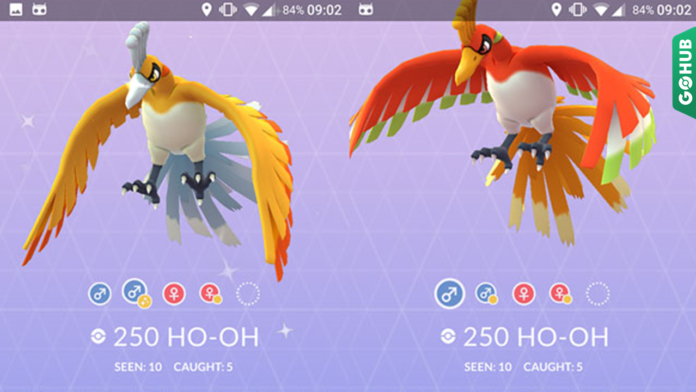 This article is long overdue. Much of the community, if not all, feel that Ho-oh is a major disappointment. Now that Ho-oh has left us for the second time, it still isn’t the powerhouse it SHOULD be. Just like Suicune, Ho-oh lacks a STAB quick move and has subpar charge move options. What’s even worse, Ho-oh’s stats are incredible! It is time to figure out how Niantic can solve Ho-oh’s issue in order to make make it one of the best Legendary Pokemon in the game!

Even though Steel Wing Steel is a powerful quick move, it does not deal STAB damage. Neither does Extrasensory Psychic, which is a major let down. But, it does make sense why Ho-oh does not have a STAB quick move. In the main series games, all of Ho-oh’s Fire moves are all currently charge moves or just don’t exist in Pokemon GO. What about Sacred Fire? Ahhh yes, THAT is where Niantic can fix Ho-oh. Instead of making it a powerful charge move, Niantic could implement it as one of the strongest or THE strongest quick move in the game! We already have heavy hitting quick moves like Dragon Tail Dragon, Confusion Psychic and Volt Switch Electric.

So why not make Sacred Fire Fire a powerful quick move? This would solve the entire issue. Even if Ho-oh keeps Fire Blast Fire, it’ll still be the best Fire type in the game. Below is an example of what Sacred Fire could look like as a quick move:

At first, I thought that making Sacred Fire deal 20 damage made sense. But since it is an exclusive move, making it stronger than any quick move we currently have also makes sense. Curious on what you guys think!

Let’s be honest here. Ho-oh’s charge moves are downright pitiful for such a powerful Legendary. It has Brave Bird Flying, when it should have Sky Attack Flying. It has Solar Beam Grass, when it should have Future Sight Psychic (for a full psychic move set). Lastly, it has Fire Blast Fire, when it SHOULD have Overheat Fire. The moves that were chosen were poorly thought out, crippling Ho-oh’s performance.

Replace all the current charge moves with those mentioned above, coupled with Sacred Fire Fire, and only then will we have the almighty, powerful Phoenix of Gen 2!

With Ho-oh having practically no use in Pokemon GO, it is time for a complete overhaul. Hopefully Niantic fixes this underwhelming Legendary Pokemon, whilst turning it into the best Fire type attacker as it deserves — all by establishing the move changes discussed above.

If you missed the Suicune disappointment article, you can click here. What would YOU change about Ho-oh to make it as powerful as it should be? Let us know!