Kyurem Meta Analysis: Black as the night (king) & White as the (jon) snow 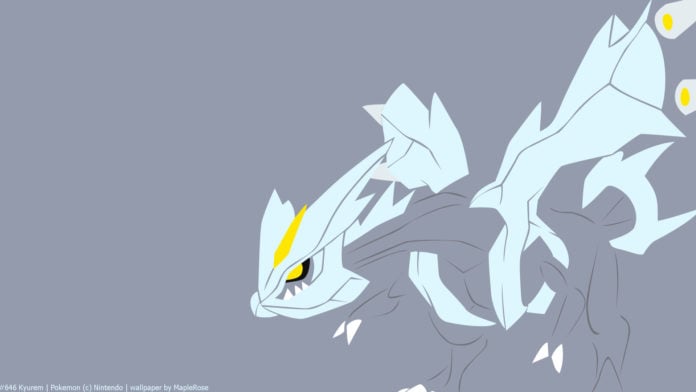 Kyurem is probably the coolest dragon out there. Yeah, it’s a Dragon/Ice type.

But it’s really cool to brave the chills unlike other dragons, it is still underwhelming. Both Zekrom and Reshiram are top-notch meta Pokémon while Kyurem is so cold and empty that it needs either of them to be relevant. Geez!

But yeah, it’s still a decent mon. And since I’ve analyzed both Zekrom and Reshiram, I’m definitely going to analyze Kyurem so that it doesn’t feel left out in the cold.

But thankfully, Kyurem is more interesting than you think. This monster can fuse with either Zekrom or Reshiram to turn into Black Kyurem and White Kyurem respectively. If you check out Kyurem’s Pokédex in Pokémon Go, you will find the currently empty allocations for Black and White Kyurem. Forme change mechanics are already in the Dex. Or, the two Kyurem formes can also be raid bosses. Regardless of how Black & White Kyurem are made available to us, the time isn’t far when we have those two super-powerful dragons in the game!

Kyurem is a Dragon/Ice type Pokémon and as such, is weak to the Dragon, Fairy, Fighting, Rock and Steel types.

Its dual typing grants its resistances that include:

The Ice typing has always been rather poor defensively. So it’s not really surprising that Kyurem has 5 weaknesses and only 3 resistances.

Does it have the stats to come across as a threat? Let’s find out!

Kyurem has the following stats in Pokémon Go:

So Kyurem’s stats are… not exciting. :/

Being a feared legendary with excellent lore, an excellent meta presence in the Competitive scene (it’s now in SS Ubers) and a very interesting typing, you’d expect it to have better stats in Pokémon Go. Unfortunately, its excellent stats in the MSG don’t translate too well in this game and it ends up having underwhelming stats, even lower than most pseudo legendaries. Yes, I know many legendaries have low ATK stats but they also have the same in the MSG. Kyurem actually has fantastic stats out there.

But keeping aside the fact that it is a powerful legendary, an ATK stat of 246 isn’t bad by any means. While its DEF is okayish, it has an impressive HP figure.

But even something like a Machamp works very well in all formats despite having lower stats than Kyurem all across the board.

What works for Machamp? Yep, moveset!

Let’s see what moves Kyurem has kept in store for us.

Here’s the analysis for PvP:

Remember how we used to hate getting Steel Wing on our Dragonite back when the game was new? This fast move lacks STAB, is an underwhelming move in general, pales in comparison to Dragon Breath and it doesn’t matter that it can hit Fairy and Rock types super-effectively.

Dragon Breath is one of the best fast moves for PvP. Any Pokémon learning Dragon Breath (that too STAB) is definitely eyeball-grabbing. Does Kyurem have the ooze in its charged moves to complement Dragon Breath though?

Dragon Claw. So… Dragon Breath and Dragon Claw. This should make Kyurem really nICE, right? Only Dragonite and Latios do the same better. Dragonite hits with an ATK stat of 263 while Latios goes with an even better 268. Equally important is the fact that Dragonite has Outrage and Latios has Psychic as 2 excellent and cheaper charged moves than either Draco Meteor or Blizzard. Taking the ATK and moveset into consideration, Kyurem just doesn’t cut it as a good enough Dragon type in PvP.

As an Ice type? Bruh, it doesn’t even have an Ice fast move. Sad.

Between Draco Meteor and Blizzard? While the habit of using/facing Dialga might suggest Dragon Breath and Draco Meteor, it should be noted that Dialga has superior stats and typing alike to make this draconic combo work.

Blizzard, even though very expensive, gives Kyurem at least something of a niche. So all things said and done, Blizzard is the pick over Draco Meteor. However, you can go with Draco Meteor if you want. Kyurem is anyway going to use Breath + Claw more often.

So what is Kyurem’s ideal moveset?

You can honestly choose anything between Draco Meteor and Blizzard as a second charged move. But in order to salvage Kyurem’s Ice typing in some (0-0) matchups and give it good super-effective coverage (ice is a good offensive typing, after all), we will go with Blizzard.

We will check out Kyurem’s matchups when it is at its best, aka, the Open Master League. As mentioned already, Kyurem does have good typing in terms of offense. So let’s find out how this icy dragon fares against the monsters of the Open ML!

Kyurem has the following battle profile for (1-1) and (0-0) shield scenarios in the Open ML:

Kyurem lacks the moves or the stats to make a mark in raids. It doesn’t have Dragon Tail, Outrage or even an Ice type fast move to make itself count in the PvE meta. Glaciate is a signature move of base Kyurem. But no matter how busted Kyurem is with a hypothetically OP Glaciate, it will stand no chance against Kyurem’s own actions… 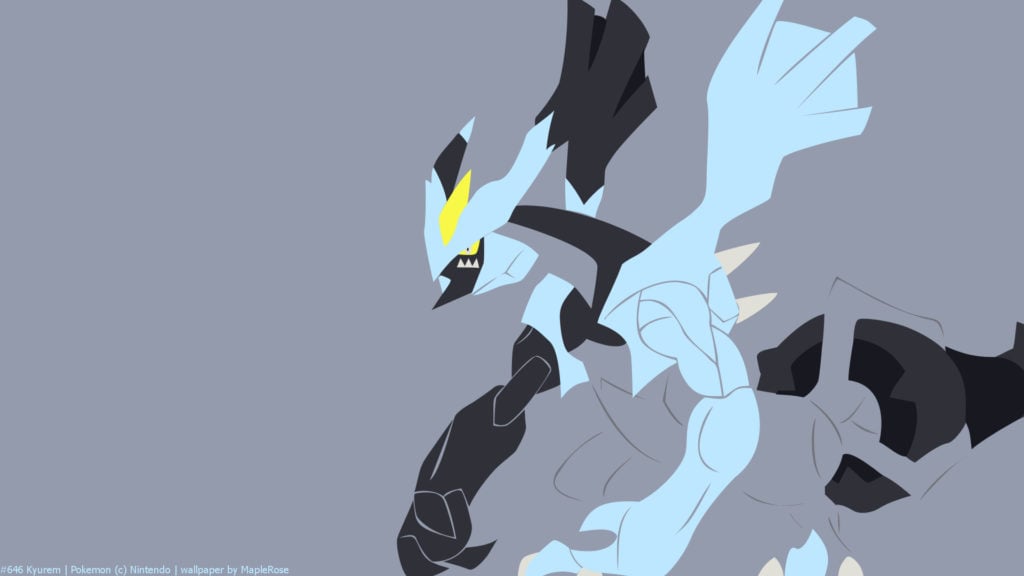 Before anything else, here’s something you need to understand: Mega Rayquaza and Mega Garchomp with their astronomical ATK stats will undoubtedly be the most powerful Dragon types in existence with their projected ATK stats of 389 and 339 respectively. Even the mighty Ultra Necrozma can chip in some attention with its 337 ATK, provided it gets a good movepool.

Black Kyurem possesses a whopping 310 ATK stat which is the same as Mega Salamence. Also, it is a mon that you should be getting through forme change mechanics. This way, you won’t have a powerhouse that only lasts for 8 hours like mega evolutions; you should be having it permanently.

All this is mere speculation right now but no matter how Black Kyurem is available to us, looking at its stats and moveset you can infer what sort of a meta defining monster Black Kyurem is. It would be the go-to non-mega, non-shadow mon that also excels as an Ice type despite lacking an Ice fast move.

One of the best Dragon types for both PvP and PvE easily, ladies and gentlemen! 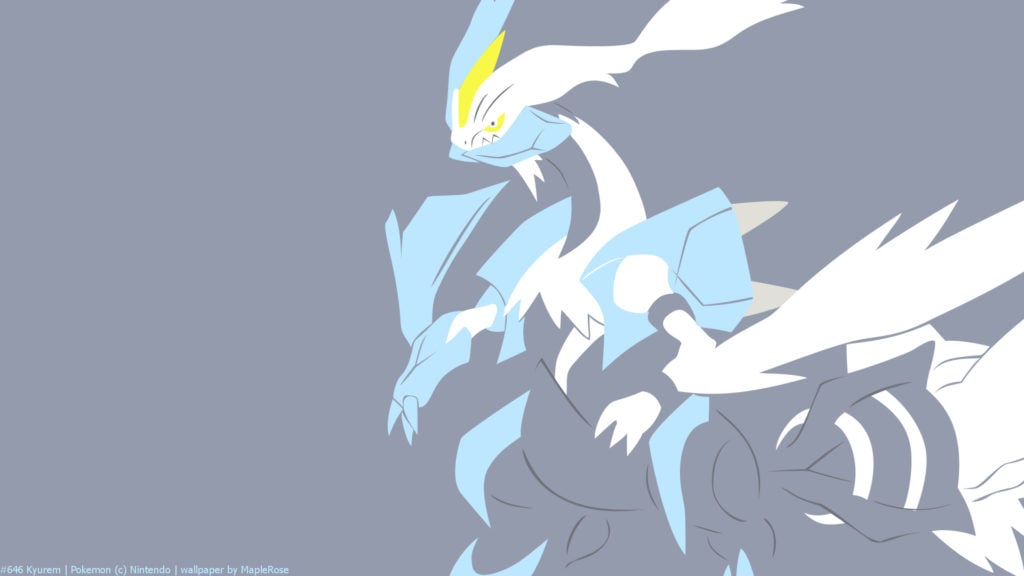 White Kyurem has the exact same stats as Black Kyurem but falls out of line due to an underwhelming movepool. It will still dish out quite a neat DPS but the Black side takes the checkmate.

It was a cold day in he…, err, the world of Pokémon Go when Icy Wind was cruelly taken off Kyurem’s movepool. It reduced Kyurem to a shadow of heat it could have been. But thankfully, due to the sheer might of its two forms (particularly Black Kyurem), Kyurem’s future seems to be bright.

Do keep in mind that Niantic can and has changed both stats and movepool in the 11th hour (like they did for Kyurem). But we have had Gen 5 details for a long while now and judging by what’s there in the current scenario, Black Kyurem is slated to be among the top picks in the meta.

So it’s definitely worth doing Kyurem raids and collecting all that sweet candy. You can check out my Kyurem raid counters guide to make the raids easy-peasy for you.

Not to mention, that shiny is gorgeous!

*Insert customary ‘Winter is Coming’ meme when Black Kyurem hits the gyms near you, not far from today*