GOHUB
Home Meta Movepool Changes: Who are the Biggest Winners? 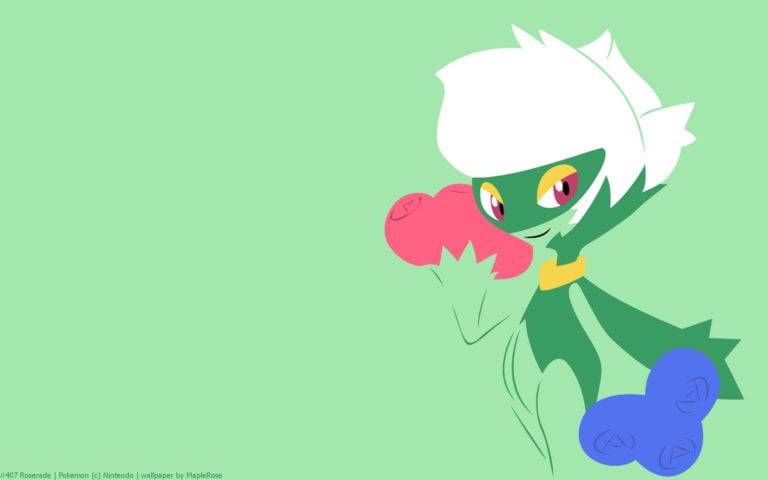 Several Pokémon had their movepool expanded in the last update. If you want to check which Pokémon exactly, you can check out the full list here. Since Niantic did only expand their movepools, none of the moves these Pokémon originally became legacy, so there’s nothing to worry about.

This first article will discuss the viability of the new movepool changes for PvE ONLY (raids & gym battles). There will be a second article discussing the PvP move changes, as several moves got their PvP stats changed. You probably already know that moves have different stats for PvE and PvP, so that’s why TWO different articles will be made to keep things clear.

When you think about the biggest winner of this update, you probably think about Roserade. People had been waiting for its release for a long time, just for it to get Solar Beam instead of Grass Knot. How many times have you used your Roserade against Groudon or Kyogre and you felt that its performance was pretty “meh” because you weren’t even able to land more than one charge move before fainting? Well, that has now been solved as Roserade, the Grass type Pokémon with the highest attack stat in the game as of now (243), is now able to learn Grass Knot, the most powerful grass type charge move excluding Frenzy Plant (it can’t learn it anyway).

And guess what? Now that Roserade is able to learn Grass Knot, it just became the BEST Grass type attacker in the game, with a higher DPS (and TDO) than Grass Knot Breloom and a higher DPS & TDO than… Frenzy Plant Sceptile! The only potential challenger in the foreseeable could be Sky Forme Shaymin, and it needs to have Hidden Power Grass which is pretty difficult.

Donphan finally got a Ground type fast move, Mud-Slap. It is still outclassed by several Pokémon as a ground type attacker (Groudon, Rhyperior, Rhydon & Garchomp and Mamoswine when they get released), but at least it got the ground type fast move it deserved. In fact, it has slightly better DPS & TDO than Golem as of now. Mud-Slap is worse than Mud Shot, but it’s the only ground type fast move that it can learn based on its movepool in the main series games.

Machamp’s best moveset hasn’t changed. Machamp’s role hasn’t changed. Then, why is it considered a runner-up? Well, when using Machamp as a gym sweeper you have probably fought against a Gyarados or some random flying type Pokémon such as Charizard or Dragonite. Well, Machamp now has access to Rock Slide, the best Rock type charge move in the game, which makes it more versatile and adds type coverage for those cases. That’s right, the ultimate gym sweeper just got buffed a little bit more. Furthermore, it adds type coverage against one of Machamp’s weaknesses, flying type Pokémon with flying type moves.

Don’t get us wrong, Houndoom is nowhere near the best Fire type DPS or TDO, but it got a nice buff now that it can learn Flamethrower, as it was stuck with Fire Blast as its only fire type charge move. Remember that Overheat Moltres, the fire type starters (especially those who can learn Blast Burn), Entei, Flareon, Magmortar, and even legacy Flamethrower Arcanine still outclass it though.

Ho-Oh has always been stuck with no fire or flying type fast moves (just Extrasensory and Steel Wing). Well, now it “kinda” got buffed with the addition of Hidden Power to its movepool. The type of Hidden Power is random for each Pokémon, and no matter how many Fast TMs you spend on it, it will always have the same type. The most interesting types you can get are Fire (+Fire Blast as its charge move), Flying (+Brave Bird) or Grass (+Solar Beam). However, even though its TDO is at the level of Entei, its fire type DPS is below Houndoom’s. To sum up, it’s an interesting high-TDO option but its DPS does not stand a chance even with the right Hidden Power type.