Electric is one of the 18 types that exist in Pokémon Go. They are some of the most prized offensive types in the game boasting only a single weakness, Ground, and the capability to deal super-effective damage to common Water and Flying Pokémon. Electric Pokémon can also have a wide variety of dual typings which make them even more valuable in battle. This article will discuss future Electric Pokémon that will appear in Pokémon Go.

The Future of Electric Pokémon in Pokémon GO

We’re glad to say that the future looks bright for Electric Pokémon thanks to the addition of more and powerful Electric Pokémon, culminating with Zekrom; a DragonElectric Pokémon boasting a max CP of 4654 with positively electrifying stats. Most upcoming Electric Pokémon also have a dual typing which allows for interesting move combinations and new competitive tactics for their use.

Examples of Pokémon in this category include Magnezone, Galvantula and Rotom. Rotom deserves a special mention in this category due to its ability to change into not one, not two, but 6 separate forms; each with a different dual typing. Overall, Electric Pokémon are worth paying attention to, so watch closely; they might shock you.

The following Electric Pokémon will appear in Pokémon GO in the coming generations:

Individual Electric Pokémon in the Meta

Magnezone, which evolves from Magneton, is predicted to be a powerhouse in Gen IV with a max CP of 2996 and excellent offensive stats. Magnezone is an ElectricSteel Pokémon that has resistances to Rock, Bug, Flying and Dragon Pokémon. This means that Magnezone will most likely fill the role of a dedicated counter for Gyarados, Dragonite and Salamance, as well as many other Water or Flying Pokémon. Since Magnezone evolves from Magneton, we recommend that you start saving your Magnemite candy for this Pokémon.

Another upcoming Electric Pokémon which evolves from Electabuzz is Electivire, which is sure to be a top pick for an Electric team slot. Electivire possesses a high attack stat at the cost of survivability, making it an exceptional glass cannon. With weakness to Ground Pokémon, Electivire isn’t a great pick to defend gyms.

Ah Luxray…I’ve always dreamt of having an Electric dog…All joking aside, Luxray is an interesting addition to Pokémon Go. Possessing a Max CP of 2668, Luxray will not have the same raw power compared to other Electric Pokémon such Zapdos and Raikou. However, what Luxray lacks in CP, it makes up for in stats with a very high base attack. 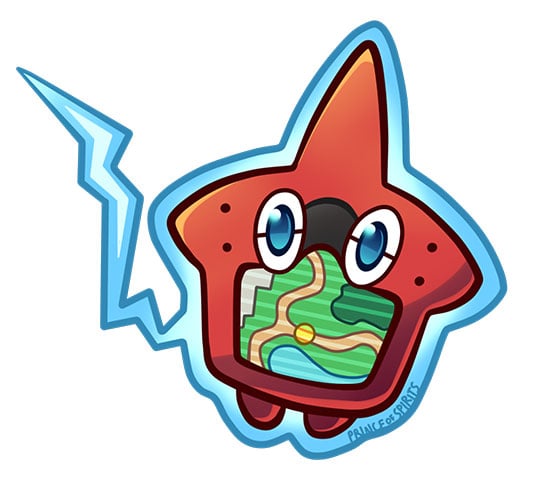 Rotom is a special case in Pokémon Go since it is capable of switching between 6 forms (including its base form). We predict that it will be handled like Castform, which means that its form will be locked upon spawn. Rotom’s 6 forms have separate typings and are for all practical intents and purposes separate Pokémon. None of these forms will have a significant impact on the meta due to their low stats. However, each of Rotom’s forms could have a niche role due to their unique typings.

If you thought that an Electric dog was cool, take a look at Zebstrika. This Electric zebra doesn’t have the highest CP, but it still packs a decent punch thanks to an attack stat of 211 and defense of 150. When compared to Jolteon, Zebstrika performed very similarly. Zebstrika dealt less damage per strike, but survived longer; allowing it to deal a similar amount of damage. We predict that Zebstika will mostly be used by trainers who do not have access to the likes of Zapdos, Raikou, Thundurus, and Zekrom.

Galvantula is one of the weaker Electric Pokémon to be introduced in Pokémon Go. This is due to its very low max CP of 2008, making it very unlikely that this Pokémon will become a meta changer. Don’t get us wrong, it is by no means unusable, but it simply does not have the raw power required in a meta ruled by legendaries.

Eelektross is going to be an interesting addition to the collection of Electric Pokémon in the game. Clearly geared for battle with an attack stat of 217, Eelektross will be a fantastic glass cannon to supplement the likes of Jolteon and Zebstrika. Eelektross is outclassed by Jolteon who has slightly better max CP and higher stats, as well as being more available. This means that Eelektross will not be a meta defining Pokémon and will be relegated to the role of support.

Gen V will introduce 2 Electric legendaries in Pokémon Go. They are the ElectricFlying Pokémon, Thundurus, and the DragonElectric  Pokémon, Zekrom. Both Legendaries will be meta defining Pokémon and are predicated to be the strongest Electric Pokémon in the game.

An ElectricFlying Pokémon with the ability to shift forms; Thundurus will be the second strongest Electric Pokémon in the game due to its max CP of 3131 and an attack stat of 256. Thundurus is stronger than Zapdos, and similar in terms of performance to Raikou. Thundurus’ typing is another reason for its strength. Being an ElectricFlying Pokémon provides resistances to both Ground and Electric attacks. This means that Thundurus only has 2 weaknesses; Rock and Ice. Nonetheless, Thundurus is set to be a meta changing Pokémon.

Zekrom, Zekrom, Zekrom. This beastly ElectricDragon Pokémon’s stats are ridiculous with 4654 CP and no stat below 200. This leads us to believe that Zekrom will be nerfed prior release.

Zekrom will still be the strongest Electric Pokémon in the game thanks in part to its primary Dragon, in conjunction with its Electric, which will allow it to bulldoze through almost anything before they have a chance to fight back. For those who can fight back, they will have to contend with a myriad of resistances – Grass, Water,Fire, and Electric. In fact, Zekrom is only weak to Fairy, Ice, Ground, and Dragon. These Pokémon are very common and thus you must be very wary when facing them. Regardless, Zekrom will still be the most powerful Electric Pokémon in the game.

Electric have a bright and shining future in Pokémon Go with a variety of Pokémon set to become game changers upon their release, so get out there and have some fun! Godspeed and Good Hunting.