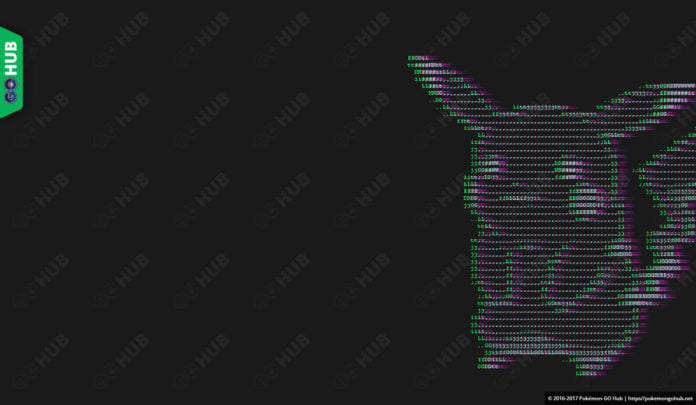 You know the drill by now, everything in this article is datamined, and therefore subject to be changed or not even being released at all. You’ll see a running theme as we go along as well, that a lot of this seems unfinished.

While there is a lot of information here, there are large parts that just don’t seem ready yet. So with all of that in mind, keep your expectations at a reasonable level and let’s dive in!

Routes will have badges associated with them much like how gym badges work. Each route will have its own badge, there will be different versions of the badges (bronze, silver, gold, etc). When displayed, the badges will show you a bunch of interesting information.

The badges will have some interesting information attached to them.

Spinning stops on the route will reward you with stamps that you can view in the badge menu. Stamps appear to have a type and a colour, but these don’t have subcategories so it’s likely unfinished at this point.

There is a new dialogue system added into the game which looks identical to the existing dialogue system used for Team Go Rocket. It seems at this point it’s just placeholder code, which lends more support to this feature isn’t quite finished just yet.

It does appear that the NPC’s will be used to guide trainers through different activities, which are:

The Pokémon Trade, and Trade gift sections don’t have much in the way of code inside them, again, another sign this isn’t quite ready. Given what we’re about to talk about below, the Pokémon Trade and Trade gift functions won’t be with other players, but the afore mentioned NPC. Kinda like trading your Pokémon for a regional variant of the same Pokémon in the main series games. (ex: Rattata for Alolan Rattata)

The Compare section, however, does have quite a bit. It appears that you’ll need to compare a Pokémon of yours to one that the NPC has? You’ll have to compare your Pokémon to theirs in one of several categories:

So, if the NPC shows you an extra large Magikarp for example, and says “My Magikarp is 13kg, I bet you don’t have a Magikarp bigger than mine!” You would search your Pokébox for a Magikarp that’s greater than 13kg and show it to the NPC. Then you would win the challenge and get a prize? Maybe?

An interesting tidbit is that the Routes and the tappables both have separate toggles, so Niantic can turn one on without the other. So perhaps they are not related?

Tappables appear to be linked to pokéstops on the route specifically, and it looks they’ll appear on the ground around the Pokéstop and your buddy will be able to collect them. The game appears to keep track of the number of tappables, and how many you’ve collected separately.

Disclaimer: Just because something is on this list doesn’t mean that it’ll be added as a reward from the routes. I’m looking at you Pokécoins.

Tappable settings will need to be pushed to the Game Master, so they’ll be visible when they are pushed. However they will have settings like:

This is new! There’s no code surrounding sending the postcards, only receiving them. Again, unfinished?

You’ll receive postcards at specific Pokéstops along the route, and they will contain:

Another feature already datamined, however what’s new is the game keeps track of which Pokémon your taking the snapshot of, what type(s) it is, and how many pictures you’ve taken.