Hello Trainers! Pokémon GO 0.193.0 is slowly rolling out, and it includes a new icon, a hint that Mr. Rime might be ready to make an appearance, a select all Pokébox feature, and more!

Read the official release notes here, spoiler alert, there’s not much there.

Pokémon GO is getting a new icon, live in the new update. The icon looks fairly similar to before: a PokéBall, but this time it’s covered in confetti.

Mr. Rime is coming to town

It appears that Mr. Rime is getting ready to make his grand entrance into Pokémon Go. For those that don’t know, Mr. Rime is the Galarian evolution of Mr. Mime.

New Costumes – Those are new, right?

You said you loved Costumed Pokémon… yeah you did, no going back now. Two new Pikachu, Delibird and Cubchoo costumes are coming this winter. Also, what kind of costume are they going to put on Delibird?  A beard?

As advertised in the release notes, you’ll soon be able to purchase earlier.  Theoretically, this button should be available from the raid screen, but let’s see if the bugs get it down.

Select All Button on Pokémon Search

It’s here! It’s finally here!! Perform a search, select one Pokémon and the select all button will appear. This is massive, and a long time coming, and it’s finally here.

We briefly mentioned Pokémon tags in our 0.191.1 APK Teardown: XL Candy and Pokémon HOME discoveries article, and honestly, forgot about it. Well 0.193 has much more information on it, including two new icons and code fragments that describe the capabilities of tags:

Create, Edit, Delete… fairly standard stuff.  There’s quite a bit more on this, but this is the more exciting stuff.

Not sure what inactive transfer means… Apparently, there are also references to Let’s Go transfers and Home transfers.

It appears that the GUI’s for recent and favourite searches has been added.

We’ll be able to add and remove favourite searches as well.

A couple of new icons for POI Contributions, which is an interesting name considering it’s not used anywhere else previously.

Niantic has previously announced that PokéStops will have more than one image, much like how Portals work in Ingress. This appears like they might be using Ingress’s actual image Gallery. Which makes sense, the images are already there.

These were added to the full-screen view of a POI image. It appears that you’ll be able to access these from that screen.

It appears that only a certain number of images can be loaded at a time.

We’ll be able to scroll through the images, which will be formatted to fit your screen.

We’ll be able to vote for the images, and the top-rated picture will become the image displayed on the Photo Disc.

As expected, there will be a button for adding photos:

A lot was added to improve scrolling, from what I can see it seems better.

It appears we’ll be getting targeted ads.  Most likely to a nearby sponsored PokéStop or Gym.

Too Blurry and too Slow.

Can you even quest?

A check to see if you can get the Pokéstop scanning quest.

A lot was added for uploads in progress, including a cancel option, and some other notifications.

This appears to be a new file service for the upload, it looks like the file is moved before uploaded as well. Not sure why that is, but there it is. 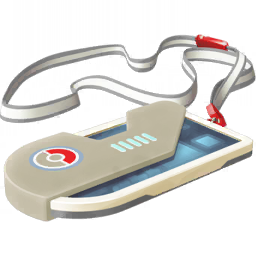 Not really sure what this is for, perhaps the subscription thing that’s been hinted at previously? Maybe Niantic plans to sell two event ticket’s at a time.

A couple of new values saved to your player data, battle parties, and recent and favourite searches.

That’s all for now Trainers.  Stay safe out there.