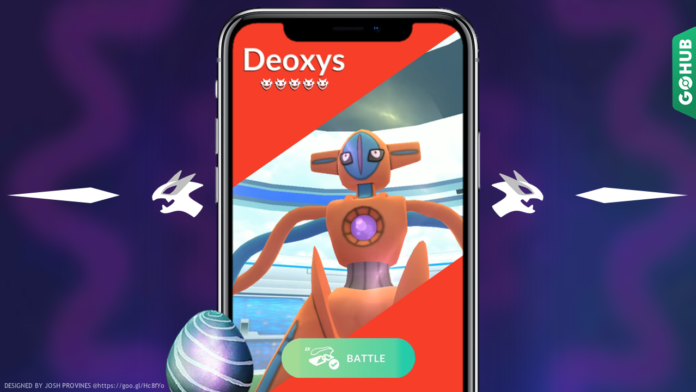 Trainers, Deoxys raids are live! You can read all about Deoxys counters in our Deoxys Counters Guide (EX Raid, Normal Form) and all about Deoxys in the meta in our Deoxys, Deoxys forms and their place in the Pokemon GO meta article, but right now we just want to share a few incredible videos of two Ultra friends beating the hell out of Deoxys. Yes, Deoxys duo raids are super easy and super popular right now!

Here we go (spoilers ahead):

A pair of Team Instinct players have managed to easy duo a Deoxys EX raid without even abusing the “empty party slot” glitch. Stacked with Bite Crunch Tyranitars, Scizors, Gengars and Mewtwo’s, Th6EvilDead and BigSheesh managed to defeat Deoxys with around 80 seconds left on the timer. After winning the battle both Trainers received 16 Premier Balls as a reward. The capture encounter is very similar to Mewtwo and it’s fairly easy to land an Excellent throw.

Another Youtube video surfaced showcasing how easy it is to defeat a Deoxys if your Pokemon are weather boosted:

Two Team Mystic treainers, DrStefan87 and DARPanda, abused the empty party trick to get a few more seconds and went in with a team of high level Bite Crunch Tyranitars, Ultra friends boost and under the influence of Fog weather. They managed to complete the raid with 100 seconds left on the timer.

We are still waiting for a video of a weather boosted Deoxys duo raid (under Windy weather), but we’re hoping someone can actually do it. Let’s go!

Update: WE GOT IT! DEOXYS DUO RAIDED UNDER Windy weather: