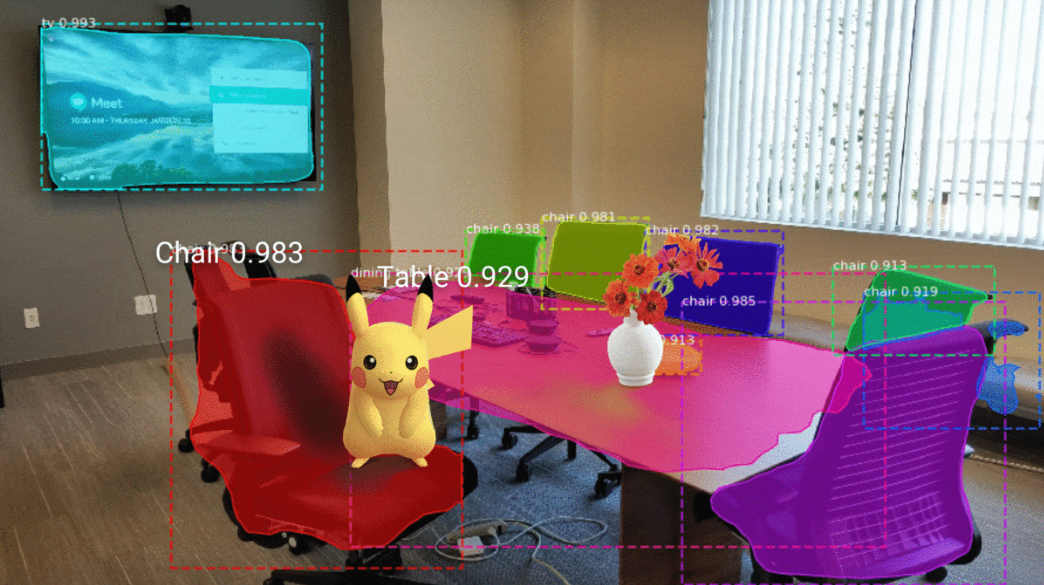 Niantic has recently released an article with some fascinating information about the future of AR- Augmented Reality, for both Pokémon Go and for the future development of games and technology. Getting past all of the techy language, what does Niantic have in store for AR in the future?

The whole article can be found here: A Peek Inside the Niantic Real World Platform

The goal Niantic makes is that they are trying to integrate AR more into the real world, making it understand and interact with the real-world objects and people around them. We all know that feeling when we turn on our AR to take an AR picture (especially on Android or with AR+ turned off) and we get that awkward image of the Pokémon floating midair, and we have to try and move around the camera and get the Pokémon to sit on a platform. With this new technology, it is very possible the AR object, in this case we will continue to use Pokémon for simplicity sake, will be able to place itself on the ground or nearest object without insistent positioning.

That is only the beginning however, getting a Pokémon to place itself around the real-world objects. The real goal is to get Pokémon to interact with the objects, as seen in one of the attached videos in the article, Codename: Niantic Occlusion – Real World AR Occlusion featuring Pikachu and Eevee. In this we see how AR is now, with the Pikachu kind of interacting with things, crawling on a plant, but overall it is just awkward to see it phase through people’s legs.

In the showcase of the new technology, we then see Pikachu running behind displays of plants, around the legs of different people, and overall understanding the world around it and interacting with it. We even get to see Pikachu and Eevee together playing in the real-world setting.

This could mean a lot for in-game play and could possibly lead to being able to react with wild, or your own caught Pokémon, more. One big issue with AR photo taking, which many people love, and we at the Hub especially adore, is that there is no foreground and background. Pokémon cannot be photographed peeking around the corner, or things of the sort, but this could change that. Imagine having to chase your Pokémon for a photo opportunity as it raced around the scene.

But besides the Pokémon running around the scene in front of you, we also get a glimpse into a spectacular multiplayer feature, which if you had not made the connection, would be the key to AR player vs. player battling in Go. In Codename: Neon, we see players running around zapping each other with balls of light (kind of magic looking, possible insight into the Wizard’s Unite game?), but more so, on the phone screen you can see each player with their username and some sort of score attached to them. Other than being absolutely fantastic technology, that could mean a lot for multiplayer AR play in Pokémon Go and other games.

Speaking of multiplayer, the last entry in Niantic’s AR showcase features highly multiplayer game features in Codename: Tonehenge where the players have to work together to solve puzzles. The more fascinating thing about this is that the footage was shot on both iOS and the Google Pixel 2 phone. Might we see some other more modern ‘android’ phones come into the AR spotlight? As many know, in the case of Pokémon Go’s AR+, it is only available on Apple phones, but that could change, showing that the Google Pixel 2 can handle AR such as Tonehenge.

Overall, there is a lot in store for AR, and Pokémon Go, and brings headway for many new speculative features to come, including PvP and even a Pokémon Amie type feature (from the core games XY, allows you to play games with, pet and feed your Pokémon). Come on, that would be fun!

What do you think about these new developments? Are you excited to see what the AR technology can become in the future?