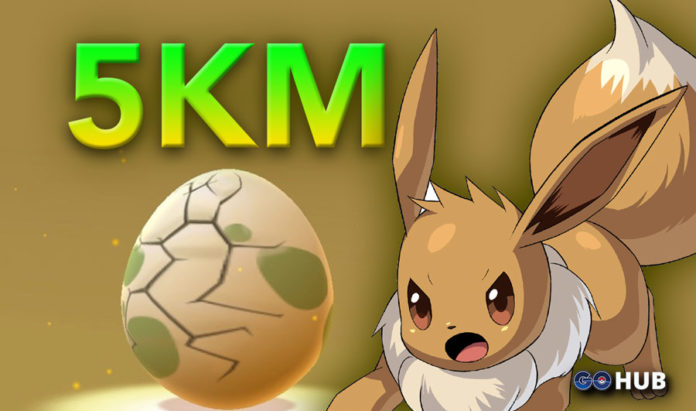 According to multiple player reports, Eevee was observed to hatch from 5 KM egg! Players have reported this change in the last few hours on reddit and TheSilphRoad.

Judging by the reports, Eevee can now be hatched from a 5 KM Poke Egg, it is yet unclear if it can be hatched also from the 10 KM one.

Contrary to popular belief, these players have reported getting Eevee from 5 KM eggs collected today! We are trying to verify if this is a bug or a feature, so stay tuned for further developments.

A strong evidence for these claims is the fact players have received reduced amounts of Candy when Eevee hatched, in line with the 5 KM Egg candy rewards.

Mega Gengar is coming to Pokémon GO on October 23