EX Raids are back: first wave of raid invites in 2018 was sent

for better or worse, the EX Raid system is back in action after an almost three week long hiatus. Players have reported getting new EX Raid invites for EX Raids scheduled next week.

The new EX Raid is scheduled around January 9th, but the actual time and date will depend on your local timezone and hours in which player activity is at it’s highest.

According to data collected by The Silph Road (link), this wave of invites is again targeted at newcomers, with more than 50% of invites being first time raiders:

Additionally, trainer level seems to have a more and more influential role in the system, as the majority of invites was distributed to level 30+ Trainers: 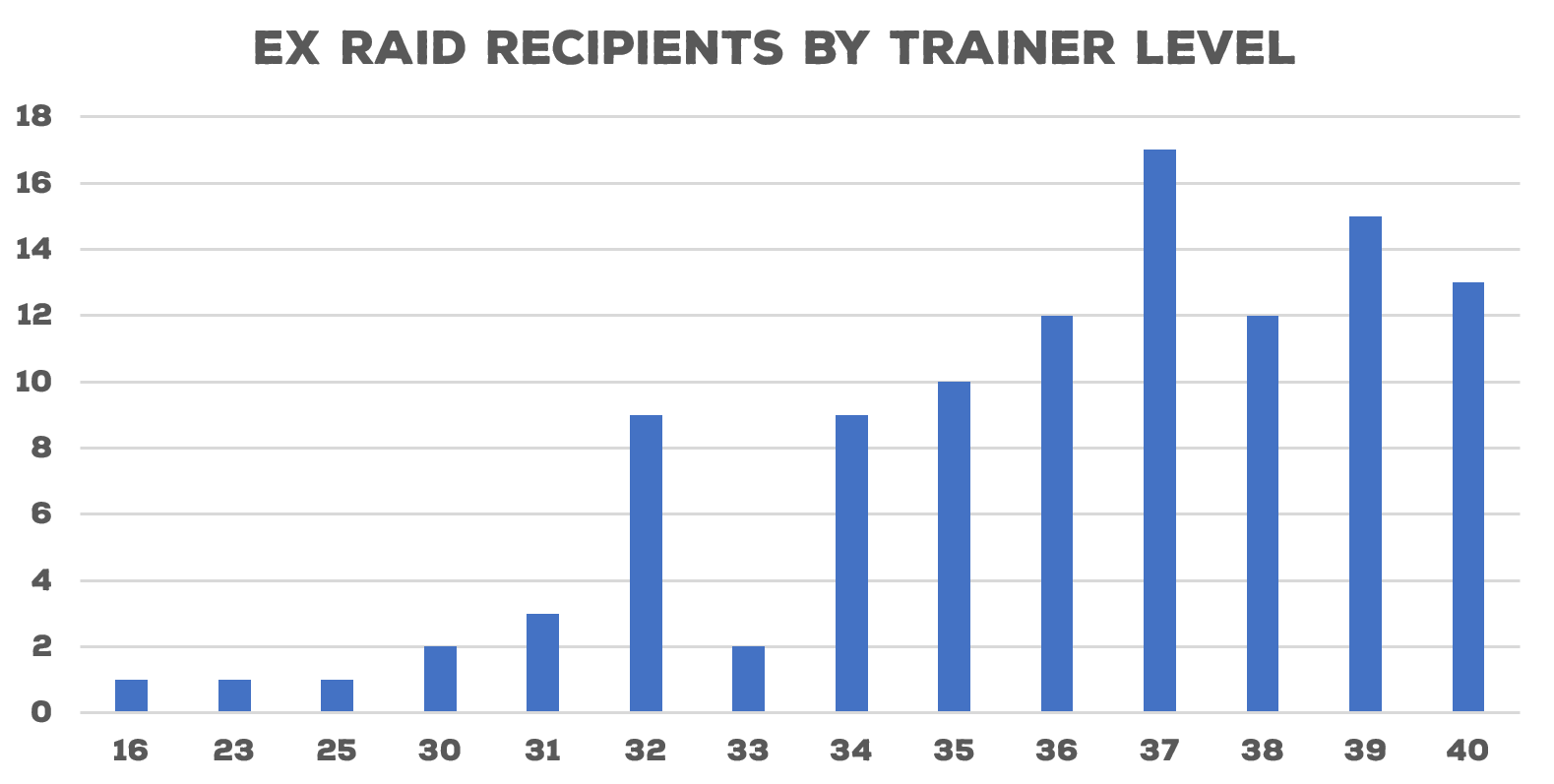 Arguments are going strong in the Pokemon GO community about the future and current role of the EX Raid system. Players are increasingly frustrated by the system, which some have even gone as far to describe as “the worlds worst random generator”.

It is evident that Niantic is pushing hard to make the EX Raid system a viable element of Pokemon GO’s game play, but players are not too keen about it.

Without clear requirements, a seemingly random distribution mechanism and venue selection, the system in its current shape is a guaranteed failure.

How to trigger an EX Raid

In an effort to “trigger” an EX Raid, some players have even gone as far as to continuously raid specific gyms located inside parks.

A Mexican player called IzLuis explained their process after they successfully triggered a raid at a gym called “Monumento a Los Niños Héroes”:

“On the first day there were 2 Groudon Raids with at least 5 full lobbys, that’s like 100 trainers. There was also a Poliwrath Raid with 15 trainers.

On the second day we didn’t had any Legendary Raid, the only thing that spawned in the park was a Magikarp, so we did it. I encouraged everyone by making a list called “The Order of the Heroes” where they’ll send me a screenshot and I’ll give them a shoutout for ending with Magikarp’s Tyranny.

On the third day we only had 1 legendary raid with 3 lobbys, with 48 trainers and a Cloyster Raid with only 6 trainers, the hype was going down”

Getting the community together and working on a single gym proved to be a success for IzLuis, as he proudly announced this:

Today, Niantic handled EX Passes and my phone flooded with messages. I got into telegram and there it is. We succesfully triggered a EX Pass, “Monumento a los Niños Héroes” is now waiting for Mewtwo, the day is set to January 9 at 13:00 PM.