get your hype glasses on! An advertisement for Generation 3 has been spotted in the Apple Watch store, in several countries around the world, as reported and verified by Hub’s Twitter followers!

This is how the advertisement looks like, featuring the new Generation III starters Torchic, Treecko and Mudkip in cute looking poses, with a wrong message above it (it’s wrong in every regional Apple Watch store): 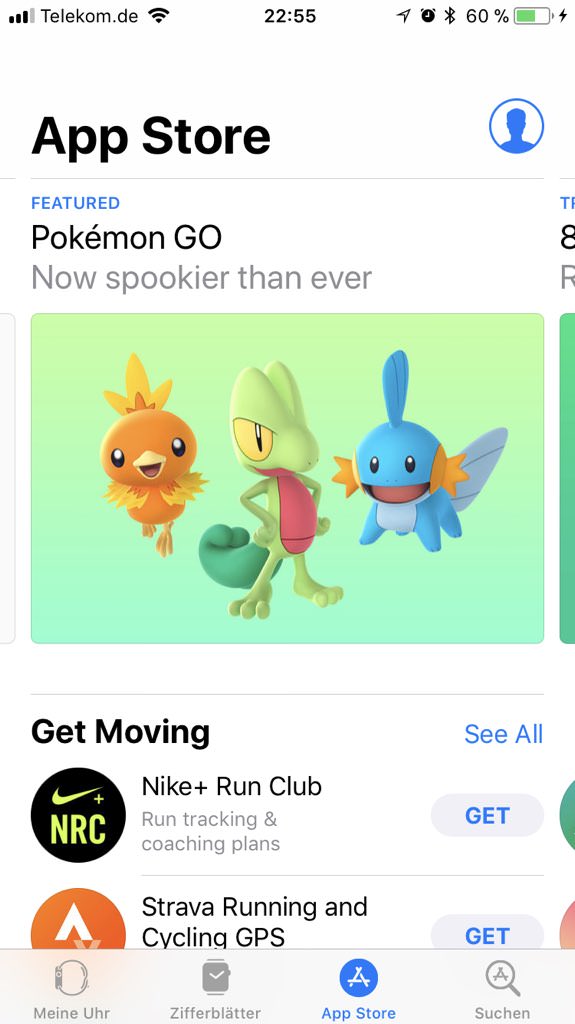 Although we were suspicious at first, we’ve reached out to our Twitter community that helped us verify this in a matter of minutes. As of the time of writing this post, the following country / regional store variants were reported and confirmed:

We are not sure how to react, Generation III is coming soon, very soon! The last time a similar set of advertisement was observed was before the last year’s Halloween event, when we had one of the best in-game events to date.

We believe that we should soon receive a client update (0.85.x or higher) that will contain all required assets for the Gen 3 release, enabling the potential release in the next two weeks of December.

As of now, we have no information to share on any concrete release date, but it can’t be far off now. When Niantic starts advertising in the Apple Store, they almost always follow up with a relatively fast release.

In any case, the Hype Train is slowly leaving the station, get on board, read up on Generation III on the Hub, check the Pokemon GO Generation 3 Evolution Chart and our Pokémon GO Gen 3 Regional Pokémon predictions.

Trainers, help us verify this! https://t.co/o42qgluSEP

A HUGE SHOUT OUT goes to our incredible Twitter community that was able to verify this image in less than 10 minutes. It literally took longer to write this post that it was to verify the image authenticity and get more than 30 unique screenshots. You guys are awesome!