Kanto and Johto Shiny sprites confirmed in the network traffic!

At last, the time has come!
The sun is shining!
Or perhaps should we say that Pokémon are now shiny!

UPDATE – Complete lists can be found at the end of the article!

What a nail bitter these past 36 hours have been. 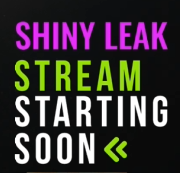 First, we received a curious announcement through Pokémon GO Live’s Newsletter subtly announcing a special celebration in honor of the Kanto region. Speculations rolled in, and shortly after, Chrales jumps in with a shiny teaser and announces that he will be streaming a very big and shiny discovery at 8:00 p.m. UCT. The stream went live at a quarter to 8:00 p.m. with the Pokémon theme song, a Pokémon rap and other Pokémon songs playing in the background along a bright and shiny title “Shiny Leak“. Needless to say, the stream chat was on fire and Chrales definitely got a lot of trainers’ well-deserved attention! Chrales finally took over the stream with well over 2,000 people watching (that pressure though!).

8:00 p.m., the music sound level drops, Chrales’ mobile screen appears, and quickly lags out, he tags our Lord and Savior Zero on Discord, and the show begins!

“Oh my god! When does that introduction end?!” I hear you, but the mood had to be set first. Here it goes.

In short, several Kanto and Johto Shiny sprites have been added into the game! #hype #ForTheHub #TeamBoon

Here’s a summary of how things went down.

Shiny Mareep, Shiny Charmeleon, and Shiny Blastoise were first displayed before we could finally hear Chrales ask a Mod 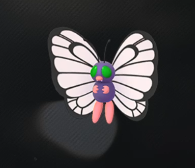 erator to ask the community to vote for a Pokémon and he would confirm the shiny model. Shiny Butterfree jumped in!

Only if you speak French were you able to understand what was being said, “Ceux qui sont en haut à droite sont ceux qui sont bel et bien dans le jeu!” translating into “Those in the top right corner are those officially in the game.”

Due to syncing issues, the stream then proceeds to display the following confirmed shiny leaks in the top right corner:

However, not all the Pokémon from the Kanto and Johto region had their shiny sprite found in the game. For example, Vaporeon, Koffing, Charizard (we know, we’re sad about it too), Weezing, or even Eevee seemingly were not yet added into the game.

IMPORTANT NOTE: Stating that Shiny sprites are found in the traffic of the game doesn’t mean that you can find them in the wild already. However, it means that Niantic can now release them with the simply flip of a switch.

With all that being said, a few questions arise. How will they be released? Will the Pokémon from the Kanto region whose Shiny sprite were not found in the game be added eventually? Why were they not added at the same time? Is this all related to the curious announcement of a special celebration of the Kanto region beginning on April 10, 2018? Time will tell, but it certainly looks bright and we are definitely overexcited about this discovery!

Here are some of the images from the stream:

And here is a collection of all Pokedex screenshots we managed
to capture during the live stream:

Complete list of Pokémon with Shiny sprites added in the traffic (in the past few hours) listed by their number:

Pokémon for which Shiny sprites were not found in the traffic (in the past few hours):

In other words, all the Pokémon listed above did not have their shiny model added in the traffic, according to Chrales’ discovered leak. Why? <insert shrug emoji> We don’t know, but this leak is most likely related to the announced Special Celebration scheduled to begin on April 10, 2018.

Author note: Apologies for any typos/errors in this article, eyes are tired, brain needs sleep, but at least you get all the Shiny information! Huge thanks to thebestantman and Incien for helping me with GitHub (laugh all you want, I don’t know everything about everything) and to Josh Provines and Maggie for compiling the lists!