the Mimikyu Halloween hat hinted in the recent APK mine is now officially confirmed, but it seems that’s not all — text for a new Battle Parties feature, text for the recently discovered Gen III Pokédex badge and additional utility text is now downloaded by the client app! 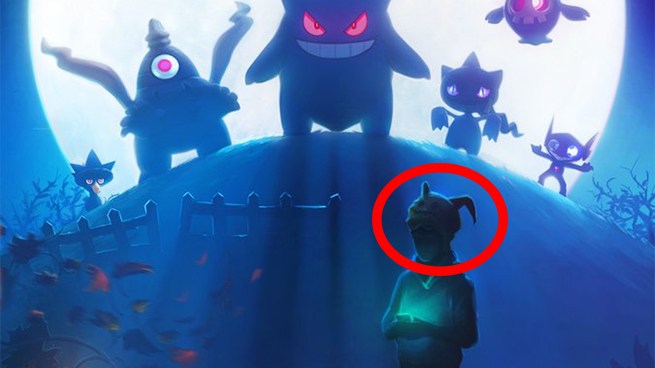 “We have detected software that can interfere with the operation of Pokémon GO on your device. This includes applications that falsify your location. Using unauthorized software that directly impacts Pokémon GO is a violation of Niantic’s Terms of Service and can result in the loss of your account. You will need to uninstall any such applications in order to continue gameplay.

What does all of this mean?

For one, it’s now confirmed that a new Mimikyu hat will be available during the Halloween event. This is very interesting as Mimikyu is a Gen VII Pokémon and Niantic did not have the habit of including future Gen’s apparel as event rewards before.

Blacklisted apps are a feature introduced in 0.79.2, but we didn’t talk a lot about it as there are several obstacles to developing it — at least with our current understanding of what Niantic can read from your device. In the past, apps could have read the list of other installed apps on your device. We are not aware that this is still possible, but maybe Niantic found a workaround. In any case, if this feature starts working, the text above will be displayed.

And last, the newly added buddy distance requirement string is confusing the entire GO Hub team. We’re not sure if this is simply a new error message or it’s a hint that Buddy distance could be shaping up as a new evolution requirement. We’ll learn more in the future.

Full credits for this discovery go to ZeChrales (github).