A Trainer named Richard opened a support ticket for a wasted Raid pass, which he previously lost due to a network error.

In the following conversation, Richard inquired about the status of EX Raids and if there are plans for any future tests.

Niantic Support refused to give any dates, but did confirm that EX Raid field test are not finished yet.

EX Raids testing is ongoing. We’re still working on improving this feature before it is made available globally […] Unfortunately, we are not able to comment on the specifics of future features as they are subject to change.

There have been no reports of any new EX Raids in little over two weeks, which created a lot of confusion among players. It’s still not clear when EX Raid testing will resume, but it’s possible that a number of changes are happening in the background.

In general, when it comes to EX Raid format and their impact on the game, players seem to be very divided.

We’ve heard a lot of complaints that regular raiders are not getting invites despite their efforts and that weird Gyms are picked as raid venues — it remains to be seen how the feature will function once it’s completed.

We expect a new wave of invites rather soon. Given the frequent timestamp changes observed in the GAME MASTER file, Niantic is deploying new server side code almost daily – we’ll know more soon. 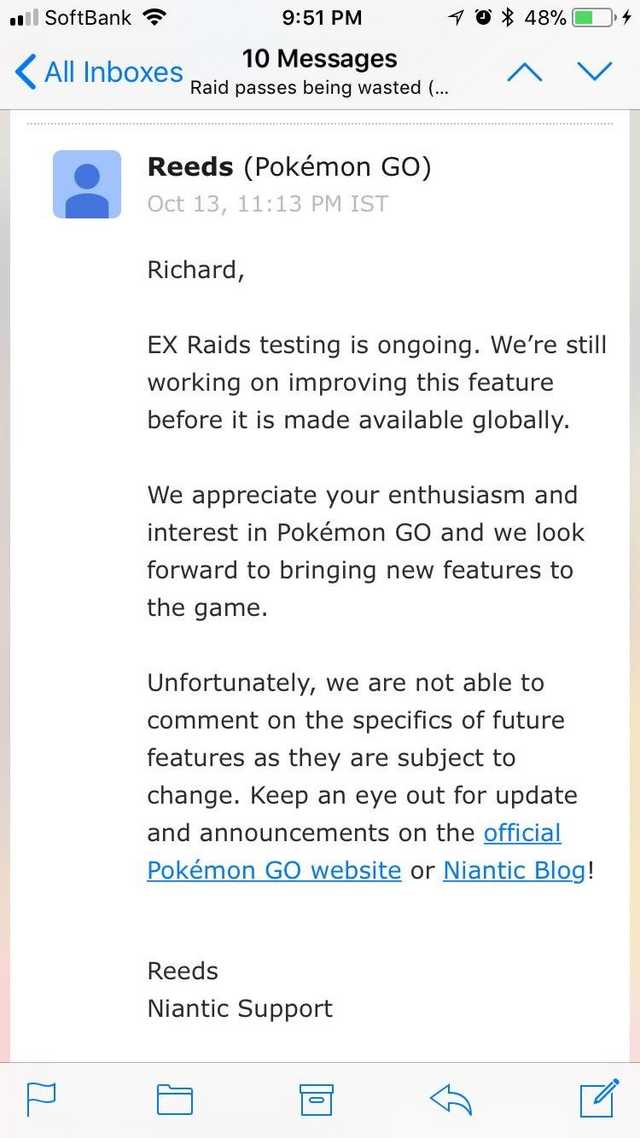