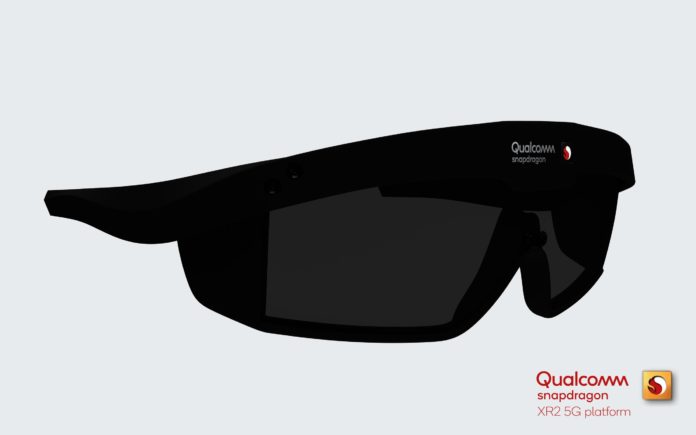 Niantic has shared their intention to “execute a multi-year joint collaboration on an integrated design spanning AR glasses reference hardware, software, and cloud-components.” Corporate talk aside, the partnership is planned as a long lasting cross company collaboration. Niantic will optimize their Real World Platform to work with Qualcomm’s Snapdragon XR2 platform, which positions Qualcomm as a leader in XR CPU development.

Qualcomm’s version of the story is much more focused on the hardware, and offers a deeper look at the new XR2 Concept Glasses. XR2 is an improved version of Qualcomm’s XR1 glasses, first unveiled in May 2018. The glasses feature 7 concurrent cameras, 8K 360° video, 3K display per eye, improved performance and 5G connectivity. The promotional video shows a few use cases for the new device:

Snapdragon XR2 platform could be a real game changer for mixed reality, as it’s the world’s first XR platform that can stream low latency video (7 cameras!) over 5G. This is a monumental achievement for a device of this size, and could be a watershed moment for the XR industry in general.

In earlier interviews, John Hanke, Niantic CEO, often shared that his vision for the future of AR does not include a phone. Consuming AR through a phone screen is not immersive and can be even dangerous at times. Hanke’s vision always included “something like a pair of glasses”, but those devices did not exist in 2016 and 2017. Qualcomm’s XR2 glasses could be the device Hanke dreamed about. More information: Niantic at GDC 2019: The State & Future of AR Games

Niantic’s recently announced Creator Program is also benefiting from this partnership. Niantic has announced “that access to this new collaborative architecture between Niantic and Qualcomm Technologies is expected to be provided to creators via the Niantic Creator Program when available.”

Of course, Niantic will be optimizing their Real World Platform (RWP) for the new Snapdragon platform. RWP is currently the most competitive platform for building AR experiences, especially if geolocation oriented gameplay is included in the mix. If you’re interested to learn more about RWP, we suggest reading Secrets of Niantic’s Real World Platform on Wizards Unite Hub.