GO Hub’s APK mine of the new 0.91.1 Pokemon GO update is complete… and boy is it a big one! The 0.91.1 is one of the most exciting updates (data-mining wise) in the history of Pokemon GO, as it brings the first hints of an upcoming feature: QUESTS!

Quest support is here, although it is not yet activated. This is what we know about quests:

The “first _ of the day” quests were already in the APK since daily bonuses were introduced. The quest system now supports several new types, including the multi part quest system.

We don’t want to speculate about the possible implications of this, but there are Story and Challenge quests.

Quest rewards or types are based around templates that seem to be a blueprint for quest generation (not verified yet):

Quests can also be gated with the following preconditions:

The whole system is looking to be very interesting, but the code is still at a very young stage and things can still change.

There are no new visual assets to accompany the new system, but there are a few hints in the Unity asset bundles: 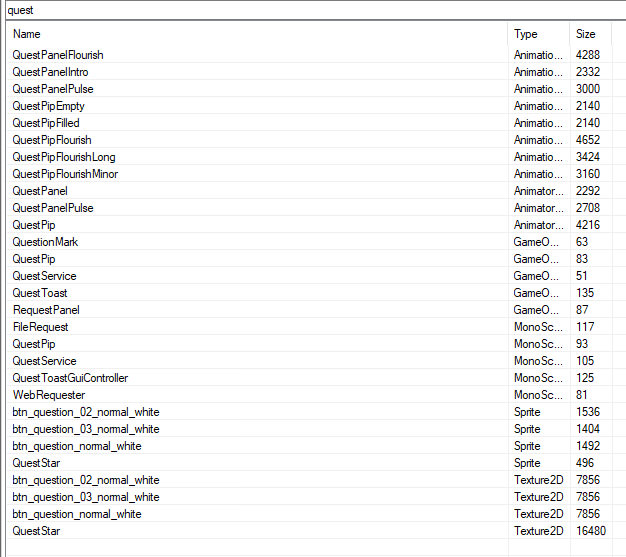