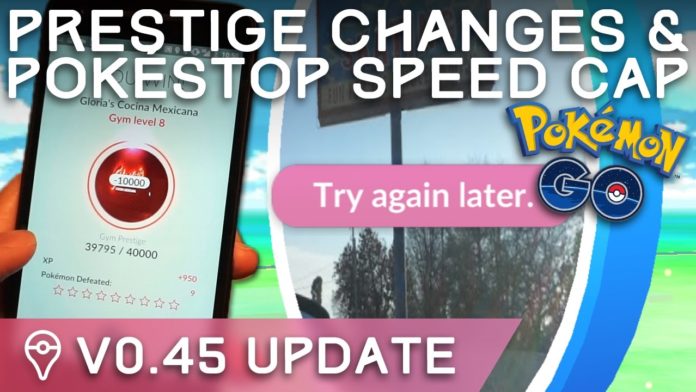 As previously reported to us via Facebook, PokeStops no longer work while driving. Any attempt to spin a PokeStop while driving results in a “Please try again” warning to the player.

This comes as no surprise, especially after multiple Pokemon GO driving incidents that happened in the last week or two. You may be angry, we are also, but it’s for the better – we don’t need more people getting hurt by a number of incompetent Trainers / drivers.

On the flip side, it turns out PokeStops are dropping 6+ items now, no matter if it’s a daily bonus or not. Reports are flooding in on reddit that players are experiencing increased drops worldwide.

It’s very likely that Niantic realised the dangers of removing PokeStop interaction while driving and decided to encourage players to farm more Stops while walking. It’s a welcomed change, as a number of players was driving only to spin PokeStops.

Here’s a screenshot of one of the players posted on reddit:

You are now able to take down rival gyms a lot easier, as new Prestige rewards are in place. Here’s what changed:

Here are some of the results from this change:

Overall, an interesting and eventful day.

Source for the article cover is a video by the incredible Trainer Tips: