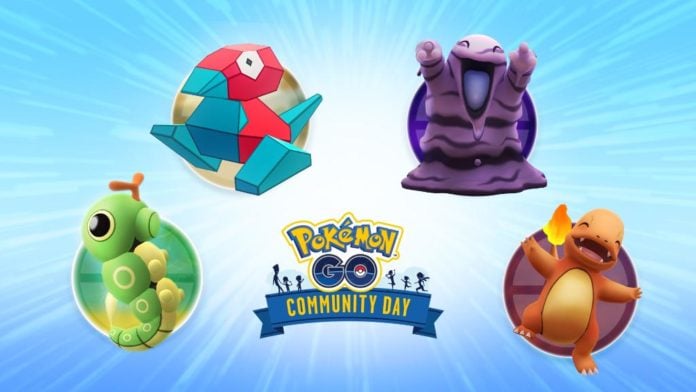 The moves are TBD as of now, but it’s clear that the winner of the vote will be the Community Day Pokemon for September, and the runner up will be featured for October. If your favourite is a silver medalist, don’t fret, it’ll get it’s chance.

We’ll go 1 by 1 to measure up a Pokemon’s potential PvP and raid viability and the shiny form of each.

PvP Meta: With Lock-On, Porygon2 and Porygon-Z were already hard-hitting bruisers in the Ultra and Master leagues. However, their attack speed, shabby coverage, and Porygon-Z’s frailty held them back. The 2 rely on Return as their move of choice, which can cause them to struggle against common steel types. With a speedier charge attack, even just 45-50 energy, they’d be the kings of spam or bait. If Tri-Attack is a fast move and that’s what they get, they’ll be in trouble… Well, it’s a new shiny, it’ll win the vote anyway.

Raid Meta: Normal is not a good type for raids. Moving on.

Note: Since we don’t know how mega evolutions will be implemented, we’ll focus on vanillazard here.

PvP Meta: Charizard sees plenty of use in Ultra League, as one of the main counters to Venusaur and Abomasnow. It’s charge moves are top tier, with the absolute power of Blast Burn and the spam/bait of Dragon Claw. It really needs a fast move, however, as Fire Spin is something you settle for rather than want. Fire Fang would compliment it well, as a quicker, high DPS alternative to Fire Spin that’ll let it be less reliant on its charge moves. It could also use Dragon Breath, an infamous fast move, to help its matchups where fire is resisted and turn some games around. It could also get a charge coverage, like Thunder Punch to deal with water or Rock Slide to deal with flying, but having 2 legacy charge moves is less than ideal.

Raids: Fire Fang would give Charizard a slight advantage in DPS, but not enough to turn any tides. Outrage or Dragon Tail would help Mega Charizard X, but again we don’t know how it’ll be implemented. Also, it could only get one of those moves, and Mega Rayquaza and Salamence exist.

PvP Meta: Alolan Muk is already seen as a powerhouse in Ultra, with its singular weakness of Ground and respectable bulk. Snarl’s crazy energy gain and Dark Pulse’s solid DPS can be scary to the unprepared. Its main counters are Pokemon that can resist its attacks or whittle it down with strong moves or debuffs. It could learn a lot of moves to cover its weaknesses, such as Fire Punch to beat Registeel and Articuno, Ice Punch to demolish Dragons and deal with ground easier, or Power-Up-Punch to become a monster. It could also pick up Machamp’s missed opportunity, Payback.

Raids: Poison is a shallow meta, and Muk can’t really compete (or get anything new, for that matter). Alolan Muk doesn’t fare well for dark, since that’s in the same league as Ghost, which has some of the strongest raiders.

PvP Meta: Those stats are bad, the typing’s bad, and no matter what it gets it has to deal with bad charge and/or fast moves. It’s just… bad.

It’s pretty obvious what’s going to win (here’s a hint: it’s the new shiny), but the runner up, in my opinion, depends entirely on the move, since both Alolan Muk and Charizard are Ultra League staples with some exploitable gaps that could be patched up. Caterpie shouldn’t win, though, sorry Caterpie fans. Just vote for what you like, since all 3 viable options could shake up the PvP meta. Frankly, it’s a shame that one has to lose.