Shiny Legendary Birds and Lugia appear in the 0.69.0 network traffic! 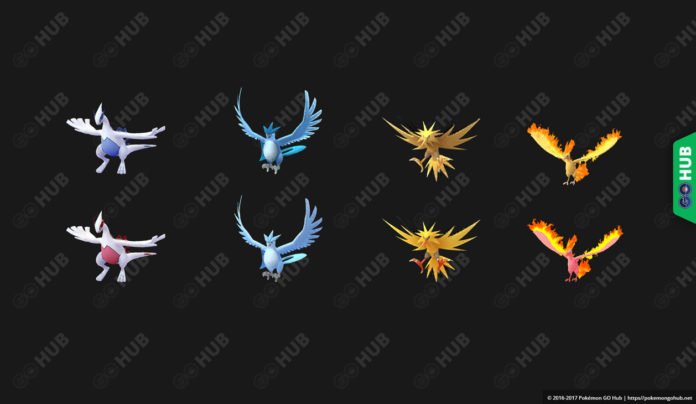 another leak has happened! The new 0.69.0 update is downloading five new icons in the background:

Be aware that the only other Shiny Icon that the app is downloading is the Shiny Magikarp. With that being said, we expect that Legendary Pokémon will also be capturable in their Shiny variants.

We also expect that Kanto Birds and Lugia will be the first Legendary Pokémon to be released. We’re preparing guides to counter each of them individually and we already have the following guide up and running: Legendary Raid Counters.

Here are the icons in question:

Please, be aware that these icons are not yet visible anywhere in the game, but you can find them in the encrypted assets that the app downloads on launch. This has been discovered and reported by ZeChrales of PoGODev fame.

It seems that the Legendary Raids will follow the pattern established in the Pokémon 2000 movie, which features the legendary Kanto Birds and Lugia.

This underlying motive has been observed even in the design of the GO Fest map, with three conflicting Gyms (islands) and one ultimate Gym (island), harkening back to the layout of Pokémon 2000 islands.