Trainers, Season 13 of the GO Battle League is only days away and you know what that means, buffs, nerfs, brand new cups, move introductions, rewards and more! For our Season of Mythical Wishes coverage, check out the related guides on GO Hub.

There’s nothing like a fresh start. Each and every season seems to get more and more competitive, whether that may be from trainers adapting to a new meta, more in-person Pokémon Championships or even the fact that trainers are showcasing more talent and skill each season.

From the official announcement:

That’s right, Mythical Wishes will be the name of this new season. Let’s dive into this announcement and break down the information so that you can be prepared for what’s to come.

From what we can see here, there are some never before seen cups that we will have the opportunity to participate in for this season. Arguably, one of the most exciting new cups is the Master League: Mega Edition.

We will finally be able to harvest the power of our Mega Pokémon in the GO Battle League. Although we did have a one-day GO Battle Day event back in May where we could use Mega Evolved Pokémon, the roster has since been expanded and will last a whole week to enjoy using these insanely strong Pokémon.

Trainers, as Candy XL has continued to become more accessible thanks to Candy XL becoming available at level 31 (rather than level 40) and Rare Candy XL being a potential reward for completing in-person raids, we will be retiring the Classic Cup format after this Season. We will be running Premier Cups more frequently in future Seasons instead.

This is huge news for those who do not like participating in certain cups due to having insufficient Candy XL to keep up in the meta. This will make things a lot fairer and will create an even playing field that disregards the Trainer level. Many people have voiced their opinion about the unfair Candy XL system and this will be a welcoming change that will be more frequent in future seasons.

Wait a second… doesn’t this look familiar? Didn’t we have the Steven Stone Avatar Item Set in Season 1?

As we can see from this short video, the pose will be an animated version of the Season 1 pose. Along with this, the clothing is slightly different too. Although it may be recycled, it’s good that Season 1 Rank 10 players can still be easily acknowledged as it was a static pose compared to this animated one.

Timed Research focused on battling will be available for the whole weekend!

Complete the research to earn the following rewards:

*Trainers who have already received the avatar item from the rank 20 rewards will not receive another.

Vulpix
If you’re lucky, you may encounter a Shiny one!

Ninetales
Evolve Vulpix to get a Ninetales that knows the Fast Attack Ember!

Timed Research
Timed Research focused on battling will be available for the whole day!
Complete the research to earn the following rewards.

Vulpix will be taking centre stage for GO Battle Day! A great benefit from participating in this event will be that evolving a Vulpix to Ninetales will learn the Fast Attack Ember which has rapidly gained popularity. Ninetales is an excellent option in the Great League since there are very few solid Fire type Pokémon in the meta.

You can encounter the following Pokémon once per Season at the designated ranks.

For our most dedicated battlers, a pass to access battle-themed Timed Research will be available in the in-game shop at no cost once GO Battle League: Mythical Wishes begins.

This Timed Research will keep track of your victories throughout the Season. Each research page will require 100 wins to complete, and doing so will reward you with a small amount of Stardust and items, such as an Elite Fast TM (at 400 wins) and an Elite Charged TM (at 500 wins). Keep at it throughout the Season to see how far you can get!

The GO Battle League Research Pass is back in Season 13, a great feature that we had that entices trainers to push themselves and to try and work their way up the reward list. Plus, who can forget that satisfying message pop-up that you get knowing that you’ve secured a win.

Avatar items and other rewards

Avatar items will be awarded to Trainers who reach certain ranks. 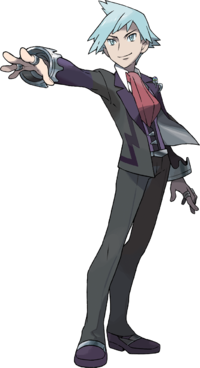 You can look forward to the following new cups this Season.

The following Pokémon will not be allowed:

Exciting times to be a battler.  Firstly, the buff to Wing Attack could mean that Pokémon such as Wingull could make a return. Its nerf to Energy Ball Water saw it significantly drop off in popularity, however, with it now becoming spammier than ever, could it make a long-awaited come back?

Poison Fang is getting an energy increase, Nidoqueen will be the Pokémon that comes to many trainers’ minds when they see this. It has been said that this move is a bit too strong and Niantic have listened to tune it down a notch.

We are also finally seeing a (slight) nerf to Charm. If you’ve ever lost a game with 2 shields due to being charmed to death, you’ll be happy to know that this strong Fast Attack won’t be as powerful.

The new move changes could mean a slight meta shift. One of the most notable updates for me would be that Galarian Rapidash can soon learn the Charge Move High Horsepower which combined with the recently added Fast Move Fairy Wind, means that this Pokémon will now be able to hold its weight against previous Steel type counters which used to hard wall this pony.

Best of luck in Season 13, trainers.
See you out on the battlefield. GLHF!