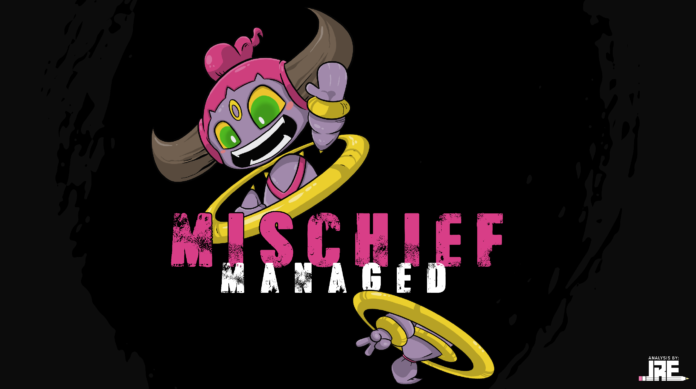 The “Under The Lights” article series provides some deeper dives on Pokémon of particular interest in PvP. Today, that’s going to be a couple mischievous new arrivals coming to Pokémon GO over the next couple weeks. Today, we put Hoopa (and friends!)… under the lights.

So I got good news… and I got bad news. The good news is that, at least in Ultra League, Hoopa has nearly as much Attack as Mewtwo (the non-armored one), so it hits like a freaking truck. The bad news is… it’s got less bulk than most everything that’s competitive in Ultra and Master Leagues, basically tied with Garchomp and even flimsier than Excadrill, and with a much less defensive typing.

Hoopa’s eventual “Unbound” form at least has a complementary typing combination of Psychic/Dark that leaves it vulnerable only to Fairy and (double weak) to Bug. Hoopa in the Confined form we’re getting now is a Psychic/Ghost. While that does negate the standard Psychic weakness to Bug and gives it a TRIPLE resistance to Fighting, a double resistance to Normal, and resistances to Poison and Psychic damage, Hoopa is left with TWO devastating double weaknesses: Dark and Ghost. That’s not good with a Pokémon that is already shaky in terms of bulk.

Rather than run through the standard list of fast and charge moves, let’s just skip right to it: Hoopa’s ideal moveset is Confusion/Shadow Ball/Psychic. Its other fast move (Astonish) and charge move (Psybeam) are pretty dreadful in PvP, leaving C/SB/P as its only viable moveset.

But the misfortune continues when we put all that together, because even Hoopa’s best isn’t all that good. Starting in Great League (where we should actually be able to use Hoopa if it’s caught at Level 15 as expected), Hoopa has, at best, a very specialized role, slaughtering Fighters (and quasi-Fighters like Vigoroth and DDeoxys) and overcoming some of the more prominent Poisons (Shadow Queen, Shadow Vic, Haunter, and Venusaur), but uh… that’s it. Hoopa can do a little more damage with shields down by just blowing things away with its big closing moves (Cresselia, Hypno, and Melmetal with Shadow Ball, the Fighters, Poisons, Pidgeot, and sometimes the Charmers with Psychic, and Swampert or Lapras with either, albeit JUST barely), and is still slightly better than 1v1 shielding if it finds itself in a 2-shield situation, but uh… nearly every major Confusion user is better, to include the obvious like Hypno, Confusion Cresselia, and Bronzong, but also even things like Exeggutor, Venomoth, Claydol, Slowbro, fellow Mythicals Jirachi and Celebi, and at least in 0-shield, even the mighty Farigamarif! (No, that’s not a typo… isn’t that how you spell Gifamarif?)! If you’re doing worse than that double-headed giraffe monster from Hades, you’re in a baaaaaaad place.

Maybe it’s better in Ultra League? Um… maybe not. (Its high bar is with shields down, and even that’s more like a limbo bar.) Once again, you’re only picking off Fighters and a handful of Psychics and Poisons, and not even consistently, with stuff like Nidoqueen and Gengar and Venusaur slipping away (maybe through one of Hoopa’s interdimensional hula hoops).

Master League? Oh, goodness no. Yikes! 😱 It beats Machamp and literally NOTHING else. Oh, the hoopanity!

So what’s wrong? Why is Hoopa THIS bad? Well, as I said at the start, a lot of it has to do with the stats and typing… poor bulk + easily exploitable vulnerabilities = something very hard to overcome. To do so, you usually need spammy moves, but Hoopa doesn’t have that, with only closing bomb types of charge moves, and Confusion’s high damage but barely average energy gains (just 3.0 Energy Per Turn) compounding the other problems. But I’m not sure we have Niantic to blame for this… the stats are based on MLG, as are the moves… Hoopa doesn’t learn anything like Shadow Claw or Psycho Cut or Snarl that could fix the energy gain issues, and while it can learn (or at least be taught) Psyshock and Foul Play, neither of them really help at all. The fact is that some Pokémon, even cool and/or exclusive ones like Hoopa, just aren’t cut out for PvP. You can give them great moves or neat typings that many other Pokémon would make great use of, and it just won’t make a lick of difference. Sometimes they just won’t cut it… and that’s okay. Not everything HAS to, right? At least Hoopa may have a future in raiding, no? I mean, for those drowning in rare candy….

Anyway, Hoopa in PvP is likely a non-starter. Unless you want to try and make something of it in PvE, I’d just catch it, add it to the collection, and not invest any further resources into it for now, personally. I mean, if it ever DOES have any future in PvP, it looks best at Great League level anyway, so just leave it there for now, I’d advise.

Hoopa is the big main feature of this Season of Mischief (even if in PvP, Hoopa is — as mentioned in the title — Mischief Managed… hat tip to J.K.Rowling), but there are two other Pokémon on the way in the near term as well that I wanted to take a quick look at while we’re here:

Well, this was pretty short as far as JRE writeups go, but in review:

And that’s all for today! Please feel free to discuss further (or ask any burning questions about all this) in comments and I’ll engage when I can!

Thanks for your faithful readership, Pokéfriends… I appreciate your attention and encouragement. Catch you next time, and until then, stay safe out there!