Under The Lights: Florges in PvP 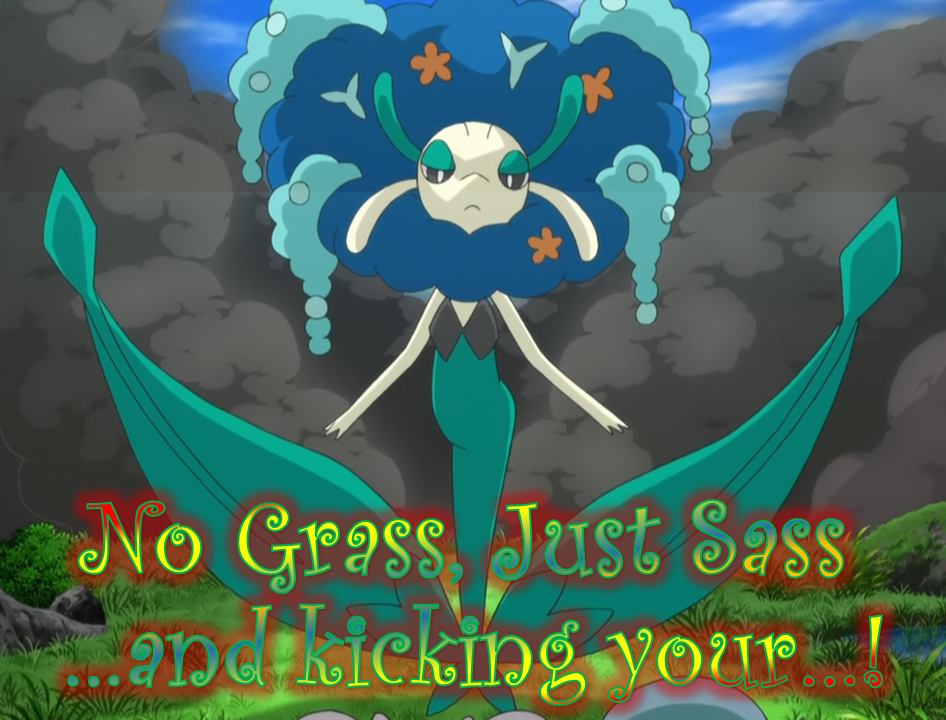 Hello again, fellow travellers and PvPers! We’re already a few days into 2022, and after a short respite after a busy last week of 2021, I think it’s high time for our first PvP analysis of the new year, don’t you?

Niantic has teased several of their more recent additions to the game in their new loading screens. We had the Ghost/Grasses and Dedenne on the fall screen, and then Bergmite on the early winter screen. Now they’re teasing us again with two new-to-GO Pokémon showing up on the first 2022 loading screen. The first is Helioptile/Heliolisk… which we’ll cover another day.

For now, I want to focus on the other, more exciting one: Flabébé, which eventually evolves up to FLORGES, a Pokémon that looks to have a surprising amount of utility in PvP, much more so than other analyses I’ve seen on it have given it credit for! Let’s not waste any more time on teasers and put this unusual Fairy… under the lights.

Surprised by those top CP numbers? Turns out Florges has the highest CP of any Fairy but Togekiss — which it only trails by about 100 CP, and still has higher bulk — and, of course, the Zacians out there dominating Master League at the moment. (And again, even with 600+ CP separating Florges and Zacian, Florges shows well in the bulk department, with about 6 less HP than Zacian, but also about 6 more Defense.)

The other surprise perhaps comes with the typing. Despite their appearance, none of the Flabébé/Floette/Florges line are anything but pure Fairy types, NOT Grass types. All three do feature a number of Grass moves in MLG (and in GO, as we’ll see in a moment), but they are Fairies only. That means they are weak to Steel and Poison (but that’s it!) and resist Bug, Dark, and Fighting damage, and of course double resist Dragon. No unfortunate extra weaknesses that come with actually being a Grass-type (like Whimsicott) like Ice, Fire, or Flying… though also no extra resistances Whimsie benefits from like Ground, Water, Electric, or Grass.

Some fun trivia: Florges (and its pre-evolutions) enter the game as the only non-Grass users of Vine Whip, which is of course a very good PvP fast move with 33% energy generation over average and only 17% under the average damage output. Florges is also the only non-Grass user of high damage/low energy Razor Leaf, though honestly, if you’re thinking of using a Fairy as a Razor Leafer, you’re likely just better off sticking with Whimsicott, who at least gets STAB. We’ll call Razor Leaf “Plan B” for now. And Tackle may just be a placeholder to eventually replace with the long-awaited Fairy Wind (ohpleaseohpleaseohPLEASE 🙏), but for now, it’s Plan… uh… Z. Don’t use it.

We’re going to assume Vine Whip is the way to go for now, which means the charge moves will be rather important. What have we got to work with?

Most of these are pretty known commodities in PvP by now. Moonblast is an excellent closer on several Pokémon, most notably Cresselia, who like Florges, has a fast-charging fast move to reach Moonblast in multiples and try to take advantage of that potential nerf too. Here on Florges, it gets STAB damage too, and is clearly a superior move to Petal Blizzard as the preferred closing move 95% of the time.

So what to pair with it? You could maybe do Psychic (the move) and not only increase the odds of hitting a debuff on the opponent, but more importantly provide some coverage… right? Well, kinda. Both Fairy and Psychic (the type) damage are resisted by Steels, and both deal super effective to Fighting types, so there’s a decent amount of overlap. Probably the biggest contribution Psychic (the move) has to offer is hitting troublesome Poison-types super effectively, though you have to hope to catch a Nidoqueen or Venusaur or the like napping and/or without shields for it to really matter before they slam the door on a Fairy like Florges. Still, at least in theory, it’s decent coverage.

The problem is that you either leave out Moonblast… or leave yourself without Disarming Voice. “Wait, is that a real move, JRE?” 🧐 Yes… it’s actually been in the game from the very beginning, when it was (and still is) available on Jigglypuff and Clefairy. But therein lies the reason you may not have even heard of it: Voice is available on very little in Pokémon GO, and basically nothing of import in PvP. It’s found on several (unviable) first or second evolutions, but the only final evolution Pokémon with it are things like Exploud and Delcatty that are spice options, at best. (And even calling them “spice” is probably far too generous.) And that’s a shame, because as a clone (other than typing, of course) of moves like Foul Play, Psyshock, and Magnet Bomb, Voice is actually very solid in PvP.

So my thought going into this? Forget coverage and just go straight Fairy charge moves with Disarming Voice and Moonblast. After all, you’ve got unusual-for-Fairies Grass damage from the fast moves anyway. Let’s see how that works out as we finally get to some real numbers…

So admittedly, we’re starting with the least ideal league for Florges here. A good Charmer can obviously be oppressive in Great League, but Florges is also just as obviously not that kind of Fairy. A good Grass can also do good things, but Florges isn’t that either. Instead, it dabbles in both, but at least at Great League level, doesn’t quite pull either off. But let’s examine what DOES go well here. Florges DOES still put the clamps on Darks as a good Fairy should, taking down Umbreon, Scrafty, Mandibuzz, Obstagoon, Scrafty… all the ones of consequence that are not part Poison (like Drapion). It also still handles Fighters… with a caveat, as it struggles about with Toxicroak (part Poison) and Shadow Machamp (who can bait out a KO Rock Slide just before Florges’ second Voice). And it does manage to outslug Counter users Vigoroth and Defense Deoxys, who give some of the Charmers trouble. Plus Florges still manages to best ALL Dragons in Great League. So on the Fairy side… not bad, really. And thanks to Vine Whip, it also slays stuff like Whiscash, Diggersby, Politoed, Lapras, Pelipper, Stunfisk, Jellicent, and even Azumarill (as long as it doesn’t land a Hydro Pump). Also not too shabby.

The problem is that, aside from those and a couple other random wins like Sylveon and Noctowl, that’s about where it ends. With great IVs, Florges can sneak in a couple more wins versus stuff like Wigglytuff, Galvantula, and Shadow Hypno, but none super reliably, if I’m being honest. It does NOT beat stuff like Swampert, Galarian Stunfisk, or (reliably enough) Azumarill as you’d want from a true Grass, and there are critical Fairy wins that slip through its grasp, as mentioned. It’s okay, but not as reliable as a Charmer in those regards, having to rely on busting through shields before it deals enough damage to turn things around. And aside from that win list filled almost entirely with Darks, Fighters, Dragons, and things critically weak to Grass damage, many things are able to fend it off much better than a high damage, put-you-on-a-clock Charmer. Great League isn’t a terribly good fit for Florges. It’s viable, but likely will be better for certain Cup formats than Open play.

But Florges DOES have distinct advantages that start showing up as we move up the chain to higher Leagues. As noted at the beginning, it has a remarkably high max CP, so it can start to flex a bit as most other Fairies (and indeed, Grasses) fall away. This starts to become more apparent in Ultra League.

Right off the bat, you can see Florges standing out more even in Open Ultra League play. Compare that to most of the Charmers, and things are really looking up all of a sudden. Not only does Florges beat those Charmers head to head (with the exception of the Alolan Ninetales that all other Fairies still bow to in Ultra League), but Florges flexes that Grass damage with wins over Politoed and Jellicent and now Swampert (even with Sludge Wave) as well, things that give most Charmers trouble.

That said, it’s not all sunshine and moonblasts. Should the opponent press the issue and be willing to burn both shields, Charmers pull ahead of Florges, and quite significantly. Not too surprising, as Florges does rely on landing charge moves while Charmers obviously do not, but a good reminder of Florges’ big disadvantage as compared to things with heavy fast move damage. (And no, Razor Leaf isn’t the answer, before you get too cheeky.)

Does that remain an issue in Master League, though? Let’s see!

So recently we’ve had analyses on Avalugg and Walrein highlighting the likely impact they will both have on Master League, but in general, we don’t get new, non-Legendary Pokémon that have their best showings in Master League very often anymore. Well, between those Ices and now Florges in ML, maybe we’ve fully broken that trend. Because yeah… Florges looks surprisingly good in full-on Open ML and in ML Classic too. And unlike Ultra (and Great) League, where it started to fall off as more and more shields were thrown at it (and Charmers rose up to overtake it), if anything the opposite is true at Master League level… Florges only gets better, now better keeping pace with big Charmers.

But I’m getting a little ahead of myself. Let’s break down what’s going on with these results here.

So to review, Florges not surprisingly struggles versus Steels (Dialga, Melmetal, Metagross, Excadrill), non-Dragon Flyers (Togekiss, Landorus, sometimes Lugia), Fires (Ho-Oh and Heatran mostly, but also stuff like Charizard and Typhlosion in MLPC), and then some random things like Avalugg, Kyogre, and Mewtwo that simply overwhelm it with spammy and/or powerful moves of their own. But it dominates Darks, Fighters, and the vast majority of Dragons, Fairies, Waters, and Grounds with very few exceptions. As a reminder (since I’ve been throwing lots of numbers out there), it has a solid record in Master League Classic, Open Master League (the new pickup there is Lugia, BTW), and particularly in Master League Premier Classic (where many of the Steels it struggles with, as well as the few Waters and Grounds that can cause it problems, all drop out of the meta).

And as mentioned, unlike the lower leagues, Florges maintains its solid record in other shielding scenarios too!

So there we have it! I know that was a LOT of text and comparisons, but the very short version is that Florges is viable in all three leagues, but actually looks best in Master League as a Fairy that also does Grass things.

In fact, let’s jump to our official summary to bring it all home:

I DO have a couple of quick footnotes before we finish, to head off questions I know may be on people’s minds:

I hope this gets you hyped up for Florges! Hopefully we’re able to really grind candy for it when it’s released and build it up for Master League… the number of Flabébé in the loading screen (I count at least four in the picture!) has me hopeful, but we’ll have to wait and see! 🤞

And there we go… getting the new year officially rolling now, with the first of hopefully many analyses in the books! Until next time, you can always find me on Twitter with near-daily PvP analysis nuggets or Patreon, if you’re feeling extra generous.

Thanks for your faithful readership! Stay safe out there, and catch you next time, Pokéfriends!