Under The Lights: Incinerate Magcargo 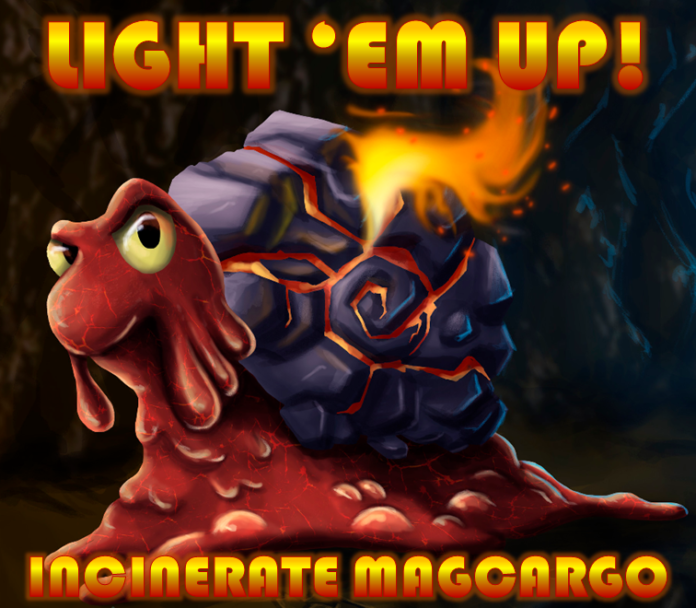 Togedemaru in PvP: Under The Lights Analysis

Season 10 and its pending move rebalance are right around the corner! While we don’t know quite everything we need to for me to fully analyze the whole update just yet (what will the Attack debuff of Rock Tomb be, and how does Bug Buzz look now as a clone of Thunder with a 30% debuff chance, etc.), my eyes lit up like a kid on Christmas when I saw one name in particular, one Pokémon I’ve followed excitedly since the very early days of PvP. Could this be it? Could this move update FINALLY thrust one of my personal favorites into PvP stardom?

I didn’t want to wait for the full move rebalance analysis to dive into this one, so here’s an early, hot off the presses review of the new and improved Magcargo as I put it… under the lights.

So as hinted above, those who have followed me for a few years (since pre-GBL, when I really only had Silph Arena Cups to evaluate) likely know I have a few oddball PvP favorites that I always try to make work and hype up whenever they’re even on the fringe of metas, including Girafarig (er, I mean, Farigamarif!), Raichu, Gyarados, and others… but one of my wackier recommendations over time has been Magcargo. My love affair with this fiery snail goes back to 2019, and fully erupted (haha see what I did there? 🌋😏) at the very beginning of 2020 when I wrote my first full spotlight article on Magcargo (for one of those Silph Cups). One could say my heart has burned for it for a good long while.

And there’s a lot to like. It has good PvP stats, with average HP but Defense that definitely puts it in the “tanky” category. It has pretty nice moves, as we’ll see soon, and it’s second charge move unlock costs only 10,000 dust, making it a champion of the “thrifty” among us. And it has a truly unique typing; even today, after eight generations of Pokémon, Magcargo is  one of only two (three if we ever get to Hisuan Growlithe, I guess) Fire/Rock types in the entire franchise, giving it resistances to Fairy, Flying, Ice, Poison, Normal, Bug, and double resistance to Fire. The downside is that it is left weak to Fighting and, ironically, Rock, and carries two very unfortunate double vulnerabilities to Water and Ground (which are both, of course, super effective against Fire AND Rock types). And that’s really the thing that has held it back the most, as Waters and Grounds are obviously prevalent all throughout Great League… most times when Magcargo has proven most useful has been in limited formats where the impacts of Waters and Grounds were greatly reduced.

But still, the relatively cheap cost and one-of-a-kind nature of Magcargo is well worth a look… especially when it gets a shot in the arm like it’s about to!

To date, Magcargo has been operating with great charge moves (as we’ll see in a moment), but only so-so fast moves. Ember was itself buffed in a past move rebalance, but is generally still not preferred when other options are available. Rock Throw is a perfectly serviceable move, with way above average damage output, but below average energy gains, stifling the ability to get to as many of those good charge moves as you might like.

But now… NOW Magcargo is getting something truly scary: Incinerate. Everything that has been blessed by this awesome move to date has risen (often rather dramatically) in PvP viability, not to the point of all of them necessarily becoming overnight superstars (though some have… looking at you, Talonflame and Ho-Oh), but certainly enough to make them all solid options for those willing to try them out.

Can it do the same for my boy Magcargo? Let’s add in the charge moves and see!

Like I said, not bad! Well, okay, Heat Wave is completely forgettable, but Stone Edge is a very solid move (a clone of Shadow Ball, and strictly better than Flamethrower, Ice Beam, Thunderbolt, Energy Ball, Earth Power, Psychic, and Last Resort that all deal only 90 damage for the same 55 energy), and Overheat is not without its obvious drawbacks, but its raw damage and impact in PvP cannot be overstated.

However, to this point, it just hasn’t worked all that well, with Ember or with Rock Throw. Sure, it hates on other Fires and Steels, most Grasses and Ices, several big name Flyers, and Bugs and Charmers. But it’s not a performance that grabs the same way other Fire (or even Rock) types do.

Until now, at least. Factor in Incinerate, and suddenly it’s getting hot in here, with a dozen more wins than either Ember or Rock Throw, to include Obstagoon, Hypno, Mew (though Surf could still be a big problem, in fairness), Melmetal, Sableye, Galarian Stunfisk (despite taking single or double super effective damage from ALL of its common moves!), and two Grasses that beat it before: Razor Leaf Tropius and Serperior. Yes, that’s right… this is a Fire type that doesn’t always beat Grasses, since its Rock half means Grass deals neutral damage. Incinerate helps mask that, though only with high stat product IVs does it manage to beat Venusaur (plus potentially Lickitung and Lapras, for the record). It’s still not perfect, as there are still numerous Waters, Grounds, Fighters, Rocks and others that make for a bad day at the office, but the vast improvement is undeniable. It carries some risk, but I think I can already say at this point that Incinerate makes Magcargo a MUCH better PvP Pokémon, one that may have a legit shot in more open formats. At long last!

And as Magcargo’s highest energy-generating fast move as well (by at least 33%), it should come as no real surprise that it’s the best move (again, by a wide margin) in shieldless scenarios (as compared to its current best) and in 2v2 shielding (again, as compared to current best, this time with Rock Throw, as Ember slips even further behind). That 67% win percentage with shields down it particularly eye-catching, ain’t it? 👀

Unfortunately it is only in Great League that new and improved Mags will be making any noise, as it tops out well below 2000 CP even at Level 50 and can’t make much of a dent in Ultra League. But hey, at least that means you don’t have to grind for tons of XL, so… still a win, right?

One last thing before we bring it all home: Rock Tomb. I am holding off my full analysis on the total move rebalance in part because we don’t know the full details on what Rock Tomb will look like post-update, and as a result, I didn’t include it in this analysis even though we know Magcargo will be getting it too. However, there is not an indication that the stats of it are changing, and right now it’s a pretty poor move, if I’m being honest, dealing only 70 damage for 60 energy. In other words, for five more energy than Stone Edge, it deals 30 less damage. Attack debuff or not, I don’t imagine Magcargo is going to want it when it has Edge sitting out there waiting to be used (and Overheat almost certainly locking up the second move slot). So yes, Rock Tomb will be there, I just don’t see a place for it in this case. (And preliminary sims seem to agree.)

And that’s all for today! Please feel free to discuss further (or ask any burning questions about all this) in comments and I’ll engage when I can!

Until next time (likely a full review of the rebalance, including Magcargo with Rock Tomb), you can always find me on Twitter with near-daily PvP analysis nuggets or Patreon.

Thanks for your faithful readership, Pokéfriends… I appreciate your attention and encouragement. Happy Thanksgiving to those celebrating! 🦃

Catch you next time, and until then, stay safe out there!