Under The Lights: Luxray (and Psychic Fangs) In PvP 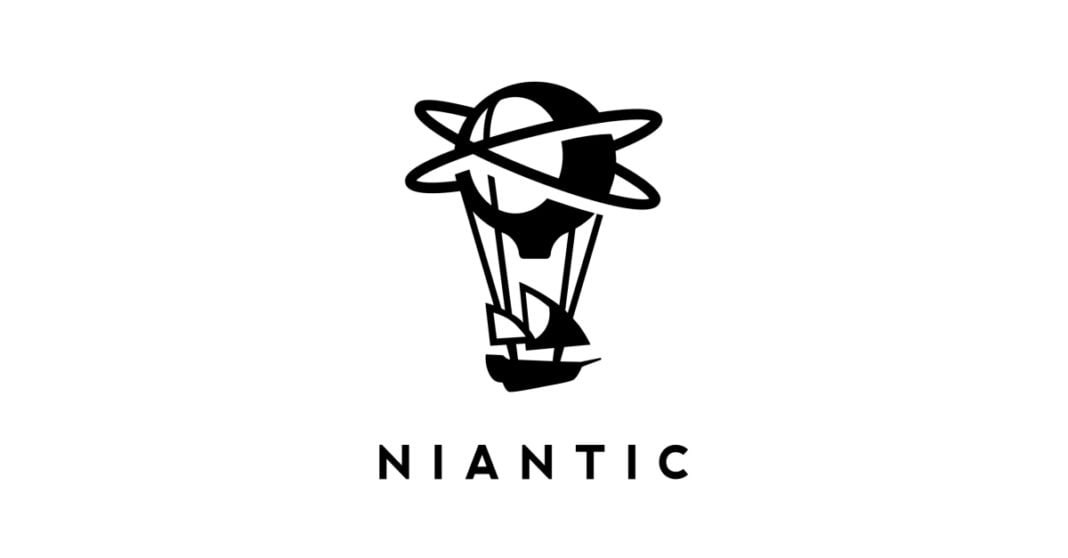 Hello again, fellow travelers and PvPers! As I’ve done many, many times before, I’m here to take a close look at this month’s Community Day spotlight Pokémon and its brand new move and examine their merits in PvP. So let’s get straight to it and put LUXRAY with the new move Psychic Fangs… under the lights.

First, as always, let’s break down the Pokémon itself….

Hopefully you’ve read enough of these now to see that high Attack stat sticking out like a sore thumb… and to know that high Attack is typically not a great thing in PvP. That said, this is actually NOT an unusual stat spread among Electric types… it’s actually right in line with things like Galvantula, Magnezone, Alolan Raichu, Zapdos, Zebstrika, and other popular Electric types. (Galvantula in particular has a virtually identical overall spread… same Attack and -5 Defense/+5 HP.) So why have several of them broken out and Luxray never has?

Two reasons, primarily. One of the typing. Yes, they’re all Electrics, but other than Zebstrika, those others all have a secondary typing that come with some distinct advantages: Zapdos resisting Grass and Bug, Galvantula resisting Fighting and Grass, AhChu resisting Fighting and Psychic, Magnezone resisting… well, a ton of things, as Steels tend to do. As a pure Electric type, Luxray resists Flying, Steel, and Electric damage and is vulnerable only to Ground. Electric is actually one of the better overall defensive typings, and while the secondary typings of those others open them up to more vulnerabilities, they all come with inherent advantages (like those I mentioned) as well.

The other way those other Electrics distinguish themselves — and the point more relevant to this particular analysis — is in their non-Electric moves, the coverage that they come with. And that means it’s time to discuss our moveset.

So let’s clear one thing up right off the bat… with or without the Community Day move, you just don’t want Hidden Power. It’s not an absolutely terrible move, but it’s subpar enough to just never be a move that works out well. (I will show you what I mean in a couple minutes.) I know the potential is enticing — “but JRE, it’s an Electric type that can deal ANY type of damage!” — but for now, just trust me… it’s fool’s gold.

Instead, consider that Luxray has potentially TWO other viable fast moves: very high energy generating Snarl, or on-type Spark. What may be most surprising is that as you look at Spark (typically considered an average PvP move, at best) side by side with Snarl (typically considered a really good PvP move), they’re actually very close to each other. Spark deals 0.33 more damage per turn and requires one turn (half a second) less time to complete its cooldown/move animation. On the downside, it doesn’t generate as much energy as Snarl, of course… but the difference is small, the same 0.33 that separates the damage per turn output of the two moves. In other words, the overall viability of the two moves is essentially the same, and if anything, the scales tip slight in Spark’s favor, especially considering it gets STAB damage on top of the base 2.0 DPT.

Spark is my recommendation for Luxray. And once we add in the charge moves, I’ll show you some specifics on why.

Yes, I think we can safely toss out Hyper Beam from the get-go. Luxray may have the high energy gains to get there, but its bulk (or rather, lack thereof) is just not cut out for that.

What it HAS been running with to this point is two 45 energy moves: Wild Charge, whose applications –and riskiness — are rather obvious, and the improved Crunch, with no downside and potential upside of a Defense debuff to the opponent. But unfortunately, be it with Spark or with Snarl (or heck, even with the best possible Hidden Power), you can see why Luxray hasn’t really gone anywhere in PvP.

But now, of course, it’s time to factor in the new toy: Psychic Fangs. Not only does this give Luxray a move 10 energy cheaper than anything it’s had before, but it’s of a new and exciting typing (Psychic, the type) and comes with a guaranteed debuff to the opponent. The raw power is obviously low, but as anyone who’s faced down Nidoqueen and its identical-except-for-typing Poison Fang recently (so basically, EVERYONE) can tell you, that low power starts to hurt quite a bit after a couple uses, forcing shields the longer things go.

This is obviously a move that, despite being new, has a twin with a proven track record, and should be good in PvP. And lo and behold, it is indeed! Replacing Crunch and leaving Wild Charge in place (because doing the opposite just doesn’t work nearly as well) adds on a 20% increase in win percentage versus the Great League core meta. That’s 12 news wins — Cresselia, Shadow Hypno, Jellicent, Shadow Machamp, Alolan Marowak, Alolan Ninetales, Obstagoon, Scrafty, Talonflame, Umbreon (Last Resort or Psychic), and Vigoroth — and NO new losses.

Well, that’s what it says at surface level, at least. Because unlike Nidoqueen, Luxray has a hard time grinding stuff down. Spark and Snarl are no Poison Jab… while Queen can hit a Fang or two and then just sit back and let its fast move do the rest, Luxray doesn’t have that luxury. It still needs Wild Charge to finish off the vast majority of that win list. To put it another way: while that new list of a dozen wins is very impressive, Luxray only accomplishes the vast majority of that success by baiting a shield with Psychic Fangs (and, yes, dropping the defender’s Defense in the process) and then crushing them with a WIld Charge. It doesn’t ALL fall apart if baits fail, but Luxray becomes (or, rather, remains) very ordinary without everything going right to plan. So while shieldless (new wins versus Azumarill, DDeoxys, Mandibuzz, Obstagoon, Galvantula, Wigglytuff, and Clefable as compared to Crunch/Charge) and 2v2 shielding (new wins over Alolan Marowak, Meganium, Politoed, Registeel, Talonflame, Umbreon, and Vigoroth as compared to Crunch/Charge) show similarly eye-popping improvements, you do have to take it somewhat with a grain of salt… it works only when it works. 🙃 It’s very safe to call this an improvement of Luxray’s stock in Great League and very likely a move you DO want on it from here forward, but it’s no guarantee for newfound success. Not in the same manner as Nidoqueen with Poision Fang, at least, who, again, achieves the majority of her success with just Poison Fang and Poison Jab alone.

Same story in Ultra League, really. Psychic Fangs gives Luxray an overall win percentage right on par with its potential success rate in Great League, making it at least viable as compared to the barely fringe status it peaked at before. This time, the new wins are versus (in alphabetical order) Articuno, Gallade, Gengar, Granbull, Machamp (regular and Shadow), Melmetal, Obstagoon, Snorlax, Talonflame, and Togekiss, and again, not offset by ANY new losses. Though also again, imperfect baiting can lead to your mileage varying wildly, and you’re not going to beat much without ever commiting to the Wild Charge to save you. (Yet again, Queen does it better thanks to Poison Jab, blah blah blah.)

And just for completeness, yes, Psychic Fangs is an overall improvement in 2v2 shielding (new wins: Charizard, Cofagrigus, Gallade, Origin Giratina, Machamp, Armored Mewtwo, Politoed, Shadow Politoed, Sirfetch’d, Toxicroak) and with shields down (new wins: Cofagrigus, Sylveon, Poison Jab Alolan Muk). However, now we actually see some spots where the loss of Crunch hurts a tiny bit: with shields down, C/WC can beat Galvantula, while Psychics Fangs cannot (falling to double Lunges), and in 2v2 shielding, C/WC can beat Cresselia, while Fangs/Charge cannot reliably close that one out.

That all said, just as in Great League, it is clear that Luxray’s potential has never been higher than it will be with Psychic Fangs in the mix. It does a nice job setting the opponent up for a decisive KO with Wild Charge and is certain to draw shields and mess with the opponent’s head. However, savvy opponents that don’t get baited in opportune moments can rather easily turn the table right back around and exploit Luxray’s subpar bulk, finishing it off before it can come around for another pass, as it were.

I’ll comment on all that again in the later TL;DR, but first I want to also look at Psychic Fangs outside the confines of Luxray. While it’s a nice bait move, it’s obviously a little awkward with Luxray’s underpowered fast moves. What if it’s used by a Pokémon with a higher-damage fast move? What other Pokémon can learn it in the mainline games? (I can answer that by directing you to Bulbapedia).

Confusion is all about fast move damage, and there are actually three Pokémon in Pokémon GO already that have it AND can learn Psychic Fangs in MLG:

Outside of Confusion users (and Psychic types in general), there are some other promising candidates:

And there are others, like Basculin (hey, the future Basculegion could be interesting, at least), Sharpedo and Carvanha (but they have Poison Fang already, so….), Stoutland (though still a nah), and Tyrantrum and several other future releases.

But perhaps the MOST interesting of all? Check out Steelix. It’s a borderline good Pokémon already in both Great and Ultra Leagues. It’s amazing how we are yet again left with the choice of Crunch or Psychic Fangs, but if given that choice in the future, the answer is obvious. With potential new wins over Wigglytuff, Sylveon, CharmTales, Toxicroak, Sableye, Pelipper, and Chesnaught (matched against new lossses to only Trevenant and Defense Deoxys) in Great League. But the real story is Ultra League, where Steelix’s win list with Psychic Fangs now includes the potential to beat Galarian Stunfisk, Registeel, Ferrothorn, Venusaur, Toxicroak, Sirfetch’d, Articuno, and Shadow Abomasnow, all things you would expect to emerge victorious that Steelix could possibly now outrace. Feast your eyes on that 64% win rate, XL lovers!

But that is, for now, all unfortunately a pipe dream. Hopefully Niantic will expand the usage of Psychic Fangs (and other recent move additions like Razor Shell) down the line, because the potential looks great!

For now, though, let’s get back to reality… and wrap it up with Psychic Fangs Luxray.

Alright, there we go… our review of likely the last “normal” Community Day of the year is in the books! Hope this helped you understand the pros and cons of this new move on Luxray, and gives you reason to hope for it to spread to others down the line!