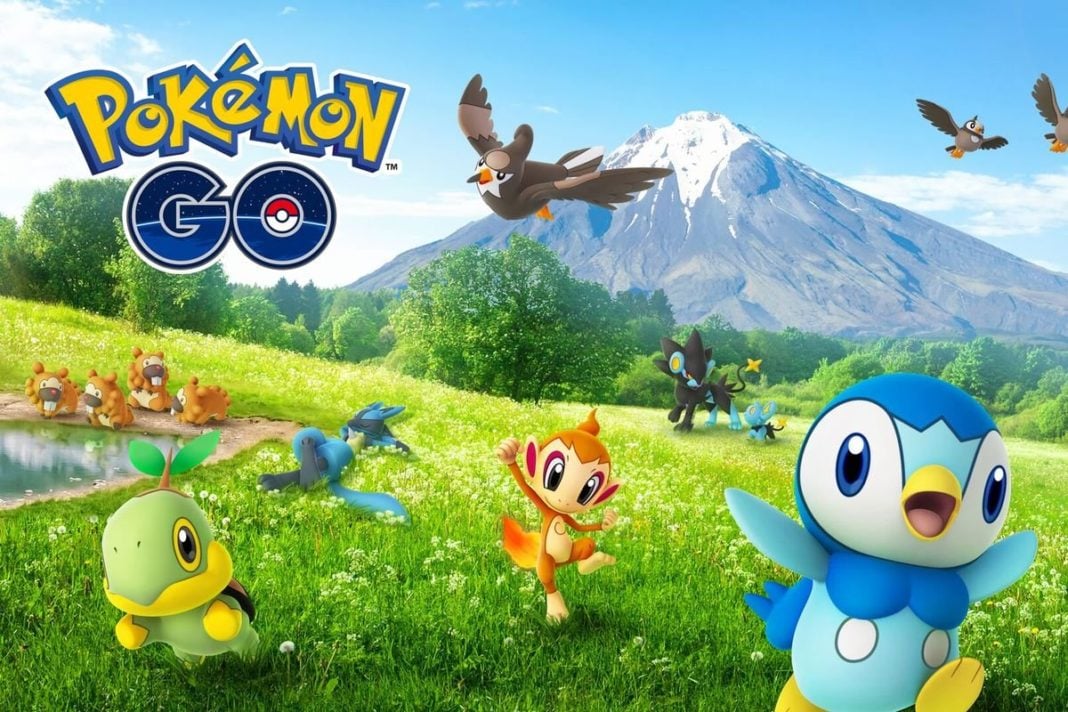 The Kanto and Johto Tour proved to be incredibly popular global events, and of course, speculation that Hoenn and Sinnoh Tours could follow in 2023, and 2024. Kanto Tour saw the release of 9 new shiny Pokemon, and Johto Tour had 11 new shinies released. Controversially some of the shinies we knew would be released at these tours were released in the run up to these events, like Hoothoot and Hoppip, but both events saw a good amount of new shinies in game.

Hoenn Tour could potentially occur in 2023, and would be able to follow a similar pattern to Kanto and Johto, with all remaining Hoenn shinies released, but Sinnoh Tour is much more complex. Let’s take a look at which shinies aren’t in game yet, and why Sinnoh Tour gets problematic.

So let’s take a look at Hoenn first. Which shinies haven’t been released yet? A decent amount!

Shiny Surskit is a deeper blue, and not the most noticeable, but Masquerain is a gorgeous lime green!

Shedinja is likely to be in a research quest, much like Ditto, because of the complication of their evolution and history in GO. It could also be a weekly research breakthrough box like it was previously, but let’s not give Niantic any ideas.

Incredible shinies, cannot wait to see these in game!

Unless some sort of exceptional event like GO Fest takes place before Hoenn Tour (which it shouldn’t given past dates for the Tours), these three seemed fated for a Hoenn Tour release, and will be incredibly popular to hunt.

Like Mew and Celebi, shiny Jirachi will be a guaranteed shiny encounter through Special Research. It is likely to be Hoenn Tour Special Research, unless a special event happens as when shiny Celebi was released.

Kecleon is the interesting one for Hoenn Tour, because Kecleon hasn’t been released in GO, let alone the shiny! Niantic have said they have plans for Kecleon, but so far, the only glimpse we’ve had of them was as a mistake when Meltan was teased.

At present that leaves 12 shinies unreleased for Hoenn Tour, with one being a completely unreleased Pokémon. We could see Gulpin, Surskit or Cacnea being released before Hoenn Tour, but it is unlikely that any of the others would make an appearance in order to make sure the event has a lot of hyped new shinies. Kecleon is the only issue here, but it has to make an debut at some point!

Hoenn Tour could easily follow the same pattern of the previous Tours and happen in early 2023.

Now Sinnoh Tour starts to look interesting when you realise which shinies are left to be released. Finneon was just announced for the Taipei Safari Zone, so won’t be included in this list. The majority of Sinnoh shinies remaining unreleased are Mythicals, various forms of the same Pokémon, and regionals.

Whilst these are regionals, we could see them released pre-Sinnoh Tour because they aren’t as exclusive as some of the other regionals.

We’re missing this trio of baby Pokémon, who are all egg exclusive.

These regionals are likely to be held back for Sinnoh Tour.

Manaphy and Phione are still completely unreleased in GO, so expect their non-shiny forms to make an appearance before a potential Sinnoh Tour. As Mythical Pokemon this is likely to be through a Special Research quest.

Having made their debut at GO Fests in 2022, and not yet available via global Special Research, these seem almost certain to be set to wait for a shiny release till Sinnoh Tour.

We’ve so far only seem Wash and Mow Rotom released, with Mow Rotom so far exclusive to the in-person 2022 GO Fests. Potentially we’ll see more different Rotom forms released during events before a full release of the shinies.

Arceus has a whopping 18 different forms, so I’m not going to share sprites for them all. Each form has a different colour for the wheel-like portion on its body.

Arceus is when it gets really tricky for Sinnoh Tour. Would they release all 18 different forms? It seems unlikely, but with no hint of Arceus in GO so far, it’ll be intriguing to see how it is released full stop. It is a Mythical Pokémon, so may be part of a quest line, but we have seen Darkrai, another Sinnoh Mythical, released into raids.

Sinnoh Tour is definitely in a much more complicated spot than some of the other potential Tours, if Pokémon GO continues on with the Tour theme. Whilst Sinnoh Tour would be 2024 at the earliest, the only ‘regular’ spawns, (non-regionals, baby Pokémon or Mythicals) yet to be released as the Stunky family.

Sinnoh Tour may have to work in a different way to previous Tours, as there are simply too many Mythicals for Niantic to want to release in one go as shinies. We may see some before a Sinnoh Tour, but they also may potentially change the ‘all’ region shiny release, to slightly less.

At present eggs would have to be a featured part of the event, and we’d have huge amounts of Rotom spawning throughout the whole day. That would be fun! Other than Rotom, only 6 of the unreleased shinies would spawn wild, and of those, all but 1 would be regional exclusives.

Niantic are often weary of giving us too much in terms of shinies and exclusive Pokémon, and Sinnoh Tour is heavily tilted in that direction currently. While it is at least a year and a half away, what are the chances that Manaphy and Phione would even both be released by then? Never mind the many forms of Arceus and Rotom. It will definitely be an interesting one to see if this Tour is delayed, if it follows the same pattern, or if it happens at all.

With earlier generations only having one or two Mythicals the idea of releasing all of a generations as shiny for a Tour event was much easier. Sinnoh has 5 Mythicals (with Darkrai already shiny released), and all later regions have at least 3 Mythicals (except for Galar, which only has Zarude, which has already been released).

At present a Sinnoh Tour just doesn’t look particularly viable for 2024, unless a lot of Pokémon are released before then. With the recent trickle of Pokémon debuts, that doesn’t seem feasible at present.

How do you think potential Hoenn and Sinnoh Tours will happen? Or do you think they won’t happen at all? Let us know in the comments!