All credit for this guide goes to RDash123, the highest level Pokemon GO player in Croatia. RDash’s incredible research was validated over a period of two weeks and now finally we are confident enough to report this.

It’s common knowledge that Niantic used Ingress geo data to create a vast majority of PokéStops, Gyms and spawn points. However, for the past two weeks a high level player researched and confirmed a new theory that deepens even further the connection between Ingress and Pokémon Go. We are happy to announce that you can now reliably use the Ingress map to find Pokémon on your Sightings tab!

More details on how the research was conducted and how to use this new knowledge in the rest of the guide. 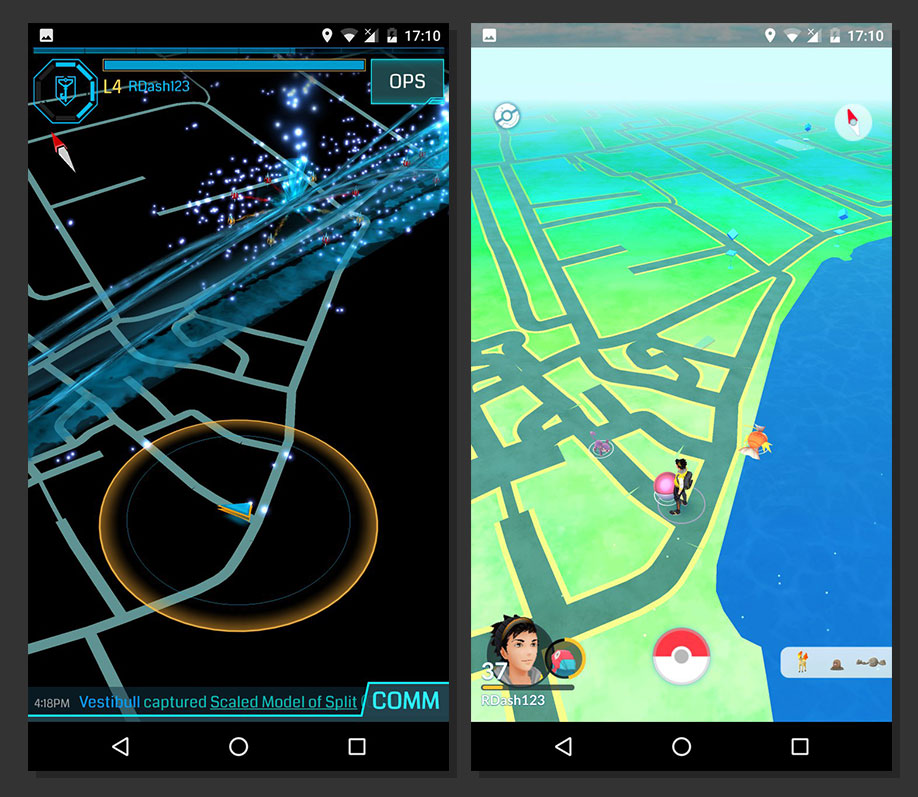 Ingress is a game about collecting XM (Exotic Matter) and controlling portals in the real world. We’ve proven that Pokémon spawned in Pokémon GO are spawned in the same locations as XM in Ingress. This discovery enables players to find previously untrackable Sightings’ tab Pokémon easily.

We established a strong connection between XM points on the Ingress map with Pokémon GO spawns. Our initial research hinted that a majority of XM yielding areas correlate with various types of spawn points in Pokémon GO. After conducting a series of tests, that proved to be correct with a few notes to consider.

The base of research was established by linking XM areas to Pokémon GO spawns during several consecutive days and times of day. Here are the results:

We observed more correlation and some discrepancies between Ingress and PoGO as time went on. One of the first things we noticed is that not all XM-rich areas are Pokémon GO spawns. Often, a cluster of two-three XM specks would be a cluster spawn in GO.

We also concluded that the XM based Pokémon spawning pattern does not change over time. During our testing we were lucky enough to experience the 9th Nest migration and the patterns remained the same (*).

Upon further research we were able to conclude the following:

Ingress geo data is still heavily used to introduce new spawns and nests. Ingress data is a super set of geo data used in Pokémon GO. We were not able to discern any spawn areas that do not already exist in Ingress.

(*) Anecdotal experience from other trainers hinted that the pattern we observed was in place since July 2016.

How to find Pokémon on Sightings tab using this method

Our researcher has been using this method for two weeks already with high level of success. There are a few pros and cons to using this over other methods, but overall, using Ingress could be the easiest and most efficient tracking method.