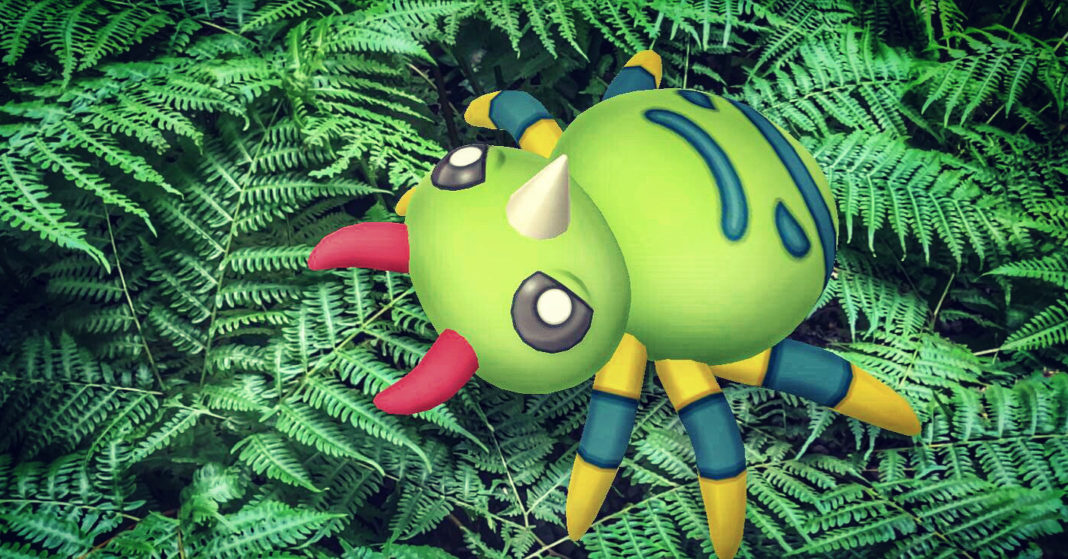 This months AR Feature is all about a personal favourite Pokémon type of mine, bug types! The Bug Catcher has been a trainer class featured in Pokémon games since the very first generation, and whilst we don’t have these trainer classes featured in PokémonGO, I know bug types are an underappreciated fave for a lot of trainers. I find myself photographing them a lot, so I wanted to see how creative you guys could get! 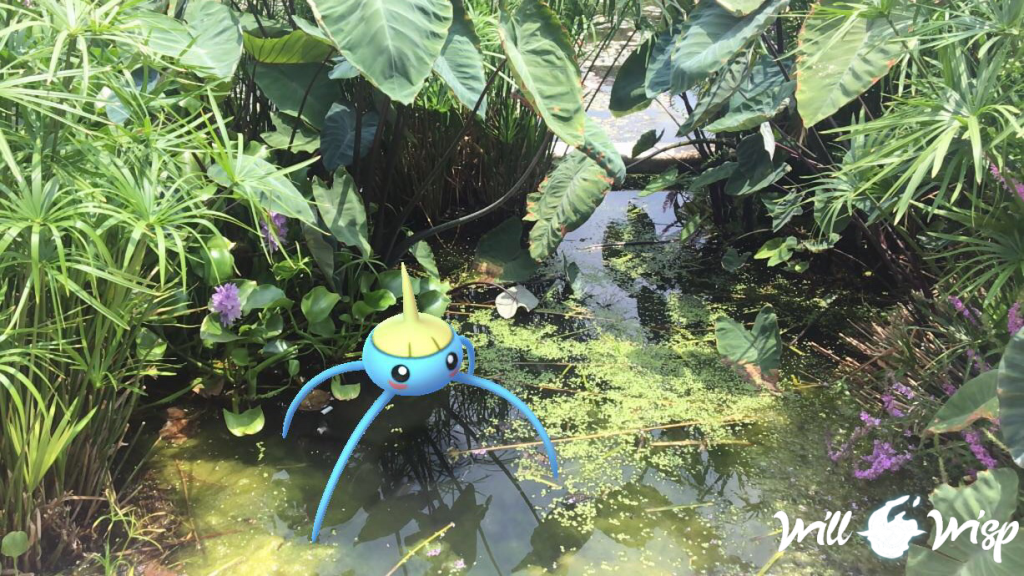 ‘The beach resort we go to has many artificial creeks teeming with life from water lilies and algae to fish and dragonflies. What I thought would fit in there is a couple of water striders. I then remembered that Surskit was inspired by them so I took out my phone and found a nice looking spot for an AR photo.’

‘After an eventful day, during which I got a muscle tear, I decided to take my amazing Mothim to a new place. He loved the lake and the park and returned to me several times and tickled me with his flapping wings. He brightened my mood on that bad day.’

‘Combee in a park full of flowers’ by Alex Barbetta [4lex.zip], Saarbrücken, Germany. 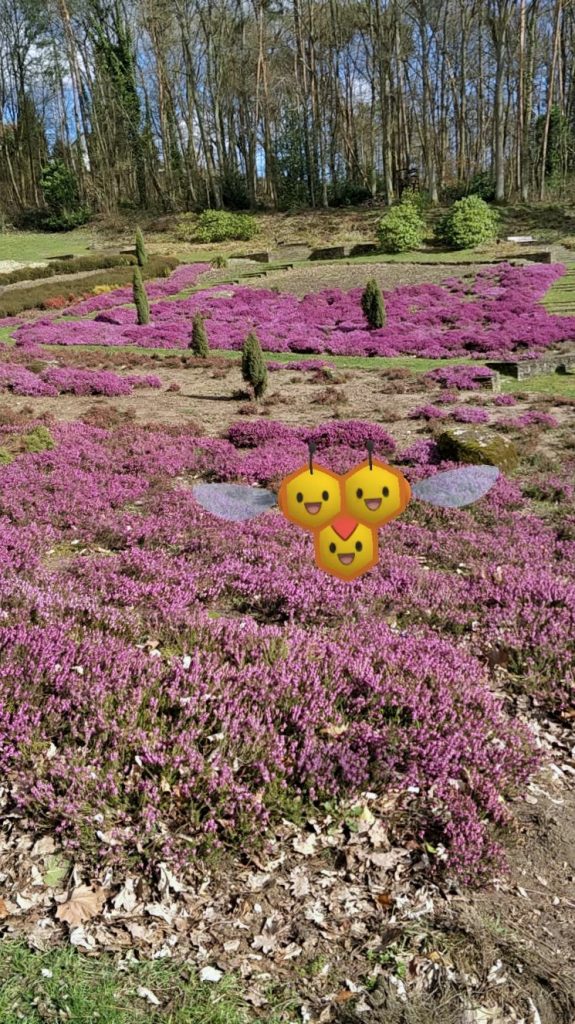 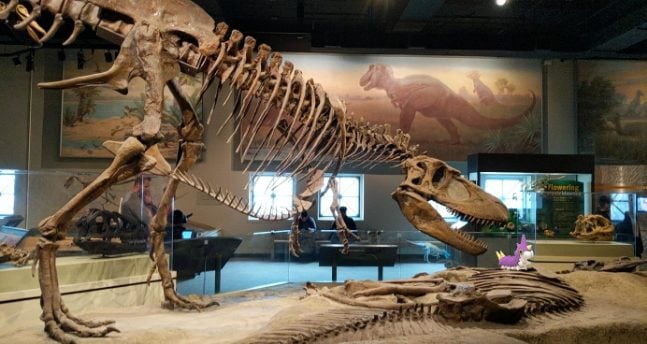 ‘Purple Wurmple looks death in the face of he was alive 65 million years ago.’ 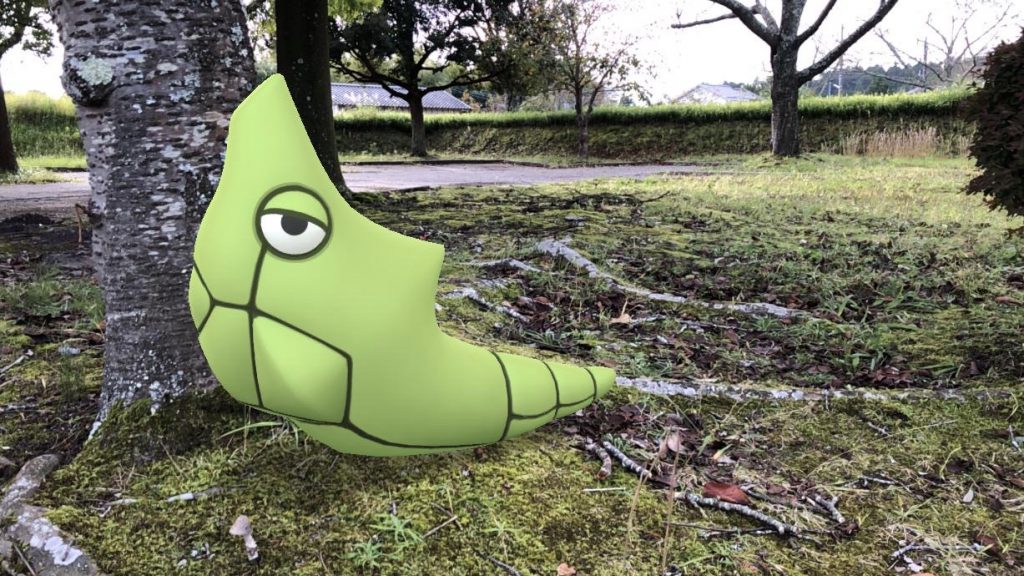 ‘As I was walking through the park, I encountered a Metapod slumped against a tree! It stared me down as I walked. It seems as if it will emerge soon!’ 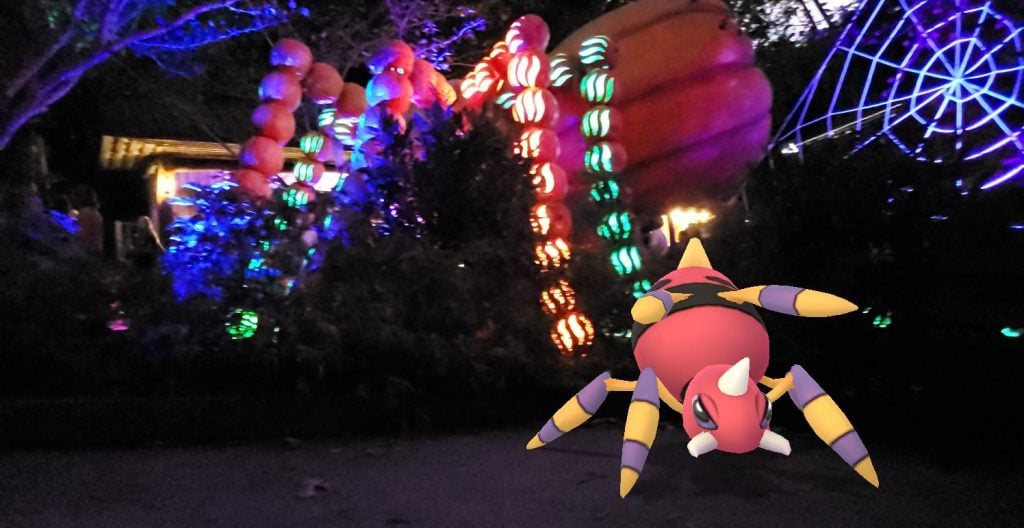 ‘With me and Ariados being cooped up at home for as long as we were, we didn’t really think we’d get the chance to go back to Dollywood. I think Ariados really liked it there, too. Though… I think he was intimidated by the larger spider’ 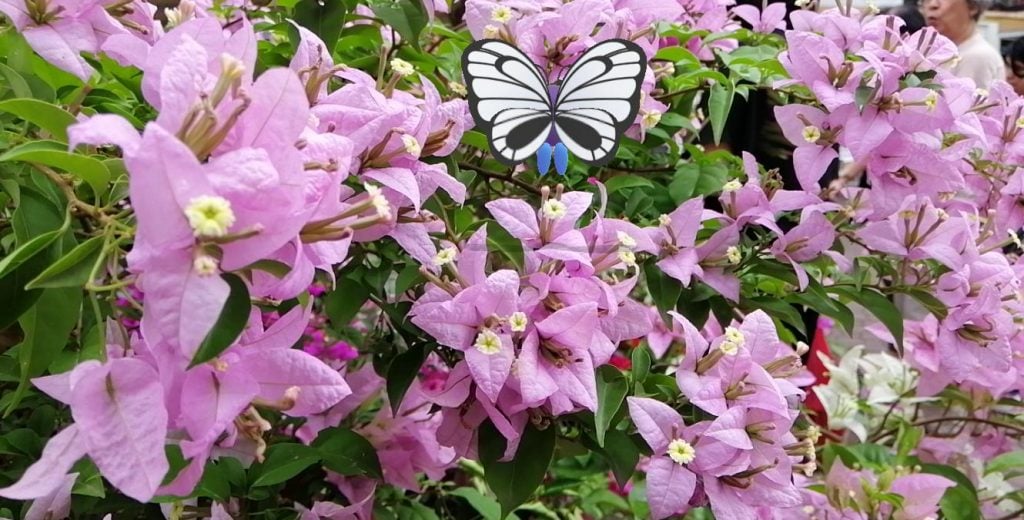 ‘I didn’t believe in tiny Pokemon until I saw this little Butterfree with my own eyes. I thought they were only kidding when they recorded miniature ones, but this little girl took my breath away when I saw her.’ 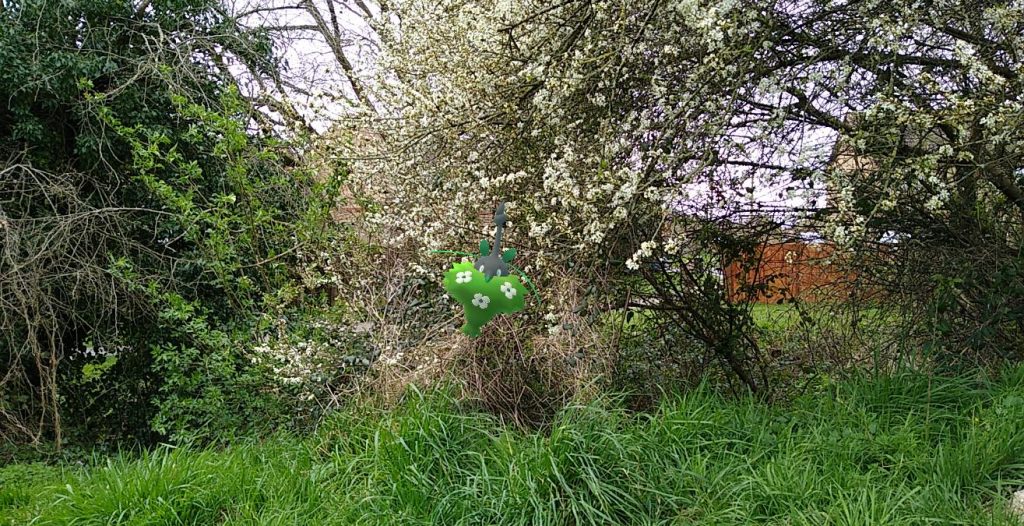 ‘I found this Wormadam trying to blend with the white flowers. It still stuck out though, silly thing!’ 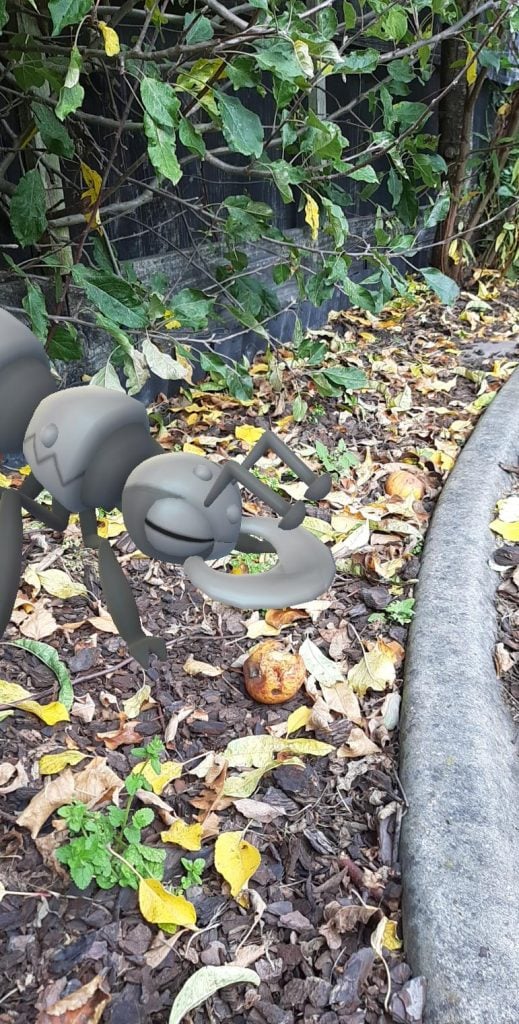 ‘As I walked around my backyard, I noticed a Durant crawling around in the bark. It looked hungry so I decided to feed one of my apples I had. He guzzled it hungrily and I quickly snapped a photo before he crawled away.’ 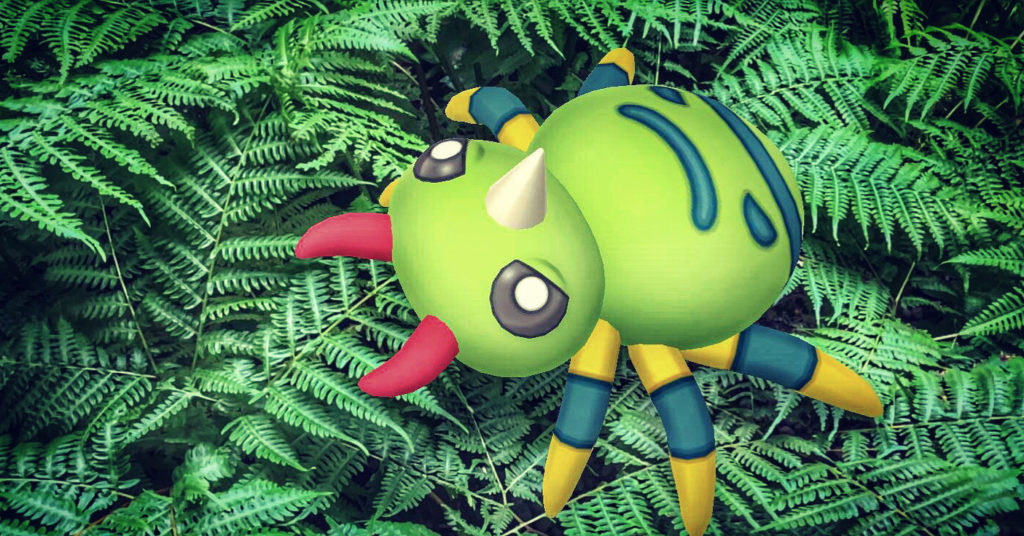 ‘I wish I can write an inspired backstory to this photo but the truth is, I just really like the leaves and thought it would be a great backdrop for a bug-type Pokemon. Spinarak doesn’t seem as pleased.’

SIDE NOTE – I chose this to be our header photo because I think the choice of the location with Spinarak, a much under appreciated bug type, worked beautifully together. Great work!

‘I spotted this little Dwebble coming out from his hiding hole in a tree. He seemed so shy and unsure of himself, so I tried not to disturb him too much!

[ I wanted to enter a bug type Pokémon that while still cute, was a bit different to the usual pretty bug types that I feel will be popular entries. When I was looking through my Pokédex to find a suitable subject, I happened to be standing near this tree and when Dwebble came up, just knew I had to photograph him there! Although I know they prefer rocks, this tree would make a great home for him too. ]’

‘In the jungle’ by Tuulathecat, Nuremberg, Germany. 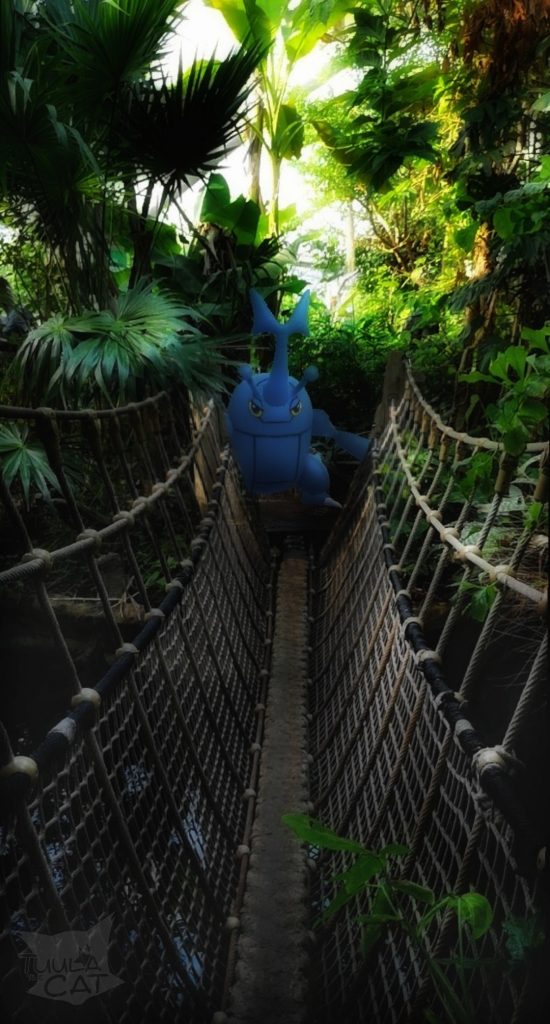 ‘This is one of my first Gosnapshots taken at the tropical house of our local zoo. I wanted heracross to guard the bridge but he was always in front of the railing and bushes due to missing occlusion functionality. So I took another Pic and added the parts of the railing over heracross so that his right arm would be hidden. At that time my editing skills were actually non existent and that was the first time I tried it. The basic photo is an original gosnapshot and I’m proud how it turned out.’

NOTE – this is a great example of occlusion via editing. Niantic have teased that occlusion will be coming soon to AR+ so it is something huge to look forward to. 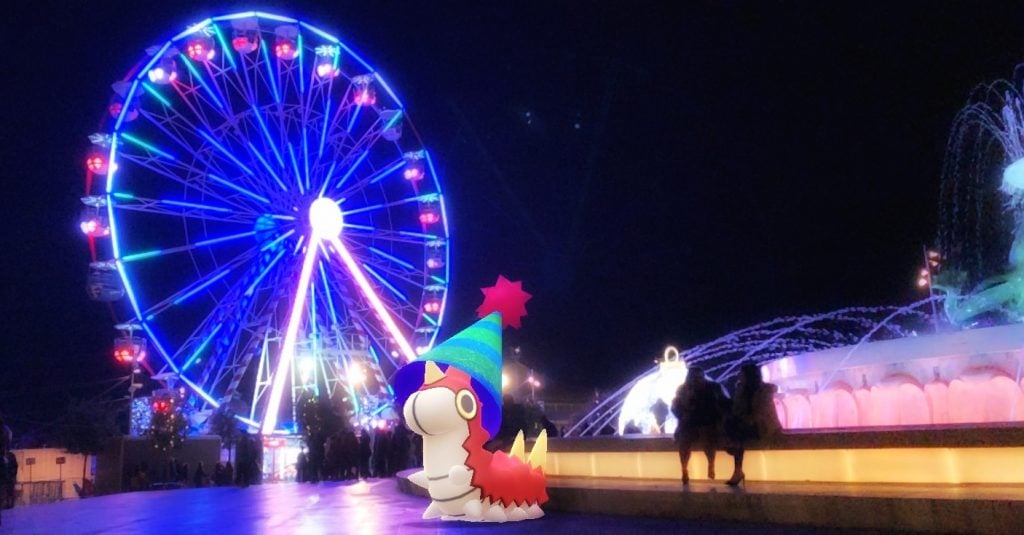 ‘I spent my New Year’s Eve un the beautiful country of Malta. It’s a country I’d recommend fully for anyone to visit. There’s lots to see, and if you’re a Game Of Thrones dan like me, you could go visit many filming sites! I hope at least one person that sees this photo can take their time to visit this small and beautiful country. Wishing the Maltese Pokémon Go community a happy 2020!’

‘there’s this State Park that I like to go to, I even found this park because of a Pokémon Go, so they have this butterfly trail where they detail the different species of butterflies that travel & that are seen at the park, just thought it neat to contribute to the theme’ 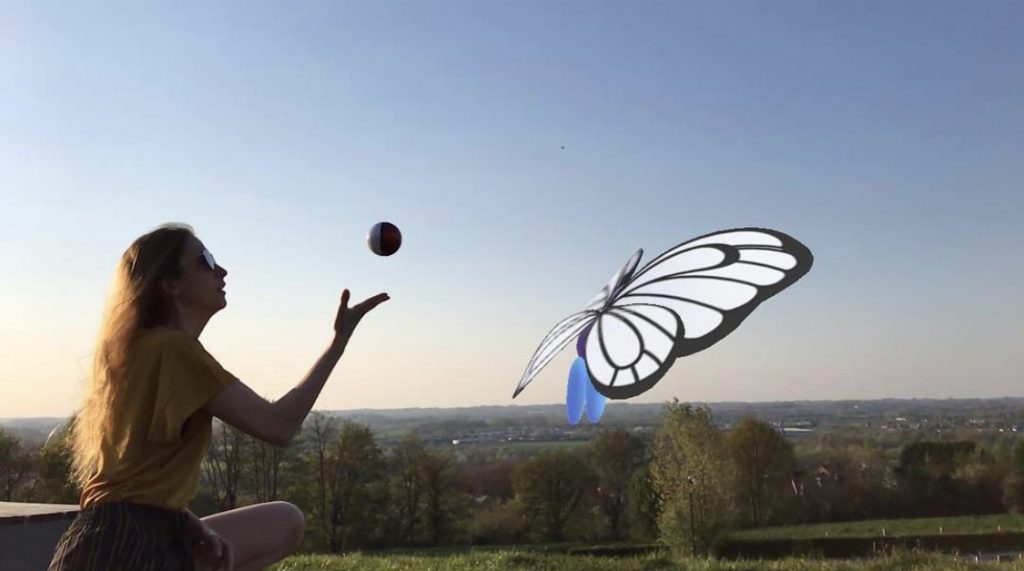 ‘Most of you might remember I used this shot last year for the #BuddyChallenge (not edited)! I thought this was really fitting for this showcase, where we wanted to recreate the iconic episode where Ash sets his Butterfree, free …’ 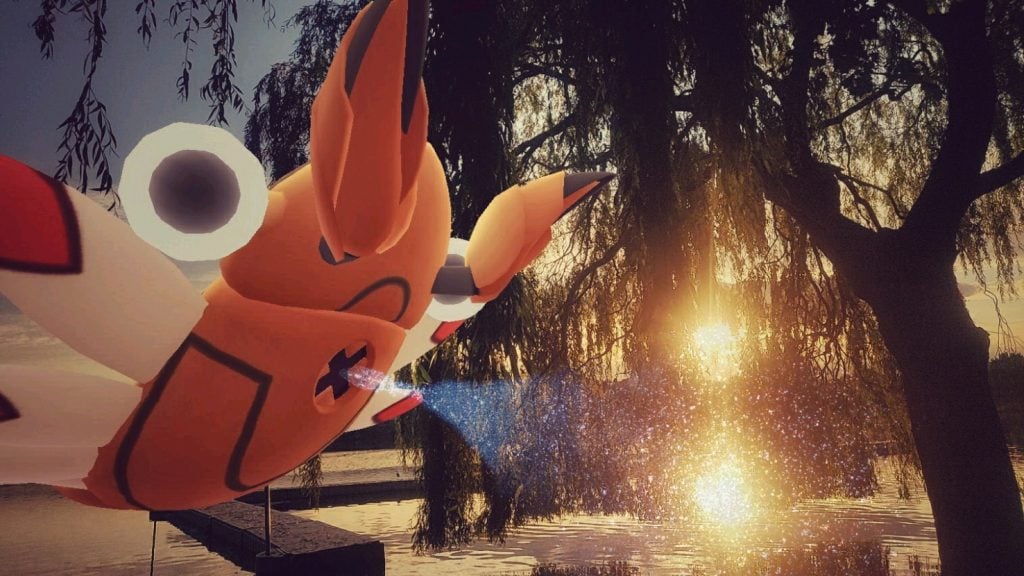 ‘I just wanted a Pokémon to match the beautiful orange sunset. This recently caught anorith was perfect for the job. I just added a cute little water gun squirt to catch the sunlight to give the image a little bit of movement.’

For our next showcase, we are looking for submissions focusing on indoor only images! Submit your entries here until May 10th. All rules can be found in the submission form, we can’t wait to see what you come up with next! We know a lot of the world is trapped inside right now, so we want to challenge you to see what incredible ideas you can come up with within your own home environments.

Don’t forget to use our #GOHubAR on social media!