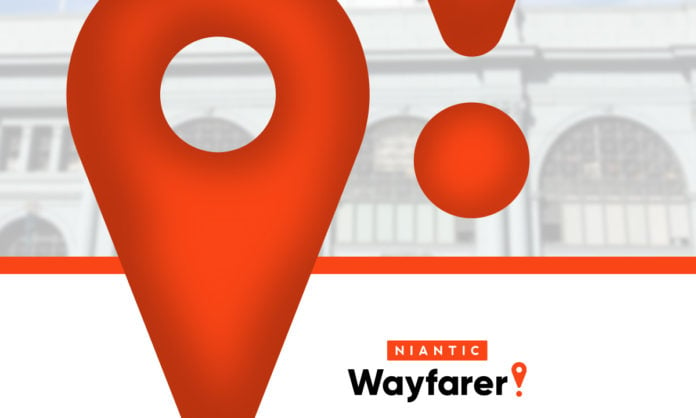 Today I wanted to bring you something other than a raid guide, or a breakdown of a data mine, today I wanted to talk about a journey of determination, disappointment, perseverance, and an emotion that I can only describe as jubilation mixed with relief.

This is the story of Mickey’s Restaurant & Lounge, a 100-year-old restaurant in Plattsburgh, New York and the two-and-a-half-year journey to getting it approved as a Wayspot.

This is a Wayfarer success story.

Having walked past Mickey’s restaurant almost every single weekday walking my kids to school for a few months I finally decided to submit the restaurant as a potential wayspot.  I had a couple of other things I wanted to submit that day, so I figured why not give it a try. I bundled the kids up for school, packed their lunches in their backpacks and we set off.

I remember it wasn’t particularly cold that day, but it had just snowed so the walk to the school took a little bit longer than usual as kindergarten-age kids love to play in the snow and have very short attention spans.  After dropping them off I walked back to the restaurant, snapped a couple of pictures, entered the necessary information and hit the submit button.

It didn’t take long for the community to get back to me on my three submissions, Mickey’s was first.  I clicked on the email in anticipation… Denied.  Generic Business. Sadness.  The next day Meron’s, I wasn’t hopeful about this one but, approved?  I’ll take it, but why wasn’t Mickey’s approved?  I decided to try again.  The third was approved as well, but it’s unrelated so I won’t spend much time on it.

Christmas Day.  I knew from reading the forums and the Wayfarer subreddit that getting restaurants approved was a process and a lot of it relied on getting the right people to review your submission.  So I decided to give it another shot, I needed to run to the store near the restaurant for batteries anyway.  Yes, we forgot to buy batteries.  Classic Christmas morning mistake.  Anyway, a quick detour later and attempt number 2 was off.  I even logged into my account on my laptop and wrote a full-on novel on why I thought the stop should be approved.

“Hello, fellow wayfarer. I believe Mickey’s qualifies to be a Pokéstop based on it being “A hidden gem or hyper-local spot” as per Niantic’s guidelines. Mickey’s is locally owned and has been since was founded in 1955. The location has been a restaurant in one form or another since it originally opened as the White Owl in 1904. During the mid-’50s, Alvin “Mickey” Michelucci moved his restaurant to this location and began work on expanding the building to its current state. The restaurant is currently owned by local Neil Fortin, as the restaurant was passed down to him by his father, the Fortin’s have owned the restaurant since the early 1980s. You can read its full history here: https://www.mickeysonriley.com/about-us Thank you for your time.”

This one was in voting for a couple of days, and on December 30th, 2019 I got the email.  Denied.  Generic Business / Other Rejection Criteria. Deep sigh.

I even went to Reddit to ask how I could improve the submission, I got some very helpful advice and some not-so-helpful comments.  Undeterred, I decided to let it sit for a little bit and try again in a few weeks.

After spending some time mapping out a local marina for new wayspots, I set out with the little ones to school.  Coffee in hand, ready to try and add to the local wayspots.  I dropped the kids off at school and headed out towards the marina.  After submitting 6 other wayspots, I decided it was time to give Mickey’s another try.  I walked down to the restaurant, did the submission and hit submit.  Attempt #3 was in the wind.

This one took a while, but one by one the other submissions came back approved.  I submitted 7 total wayspots that day, and I got approved on 6 of them.

Finally, Mickey’s came back.  Denied. Other Rejection Criteria / Generic Business again.  At this point I’m 0 for 3 on this place, I’m starting to think that I should just give up and move on.

So give up and move on I did.  Now at this point, I have had 17 Wayspots approved, and 2 denied (Other than Mickey’s).  One of those denials was a swing set that was denied for “Not historically or culturally significant.”  So I had a pretty good record of getting things approved.  However, I had other projects in town to work on and work on them I did.

Between when I last submitted Mickey’s and when I tried again for the 4th time I had 20 more approved Wayspots approved and a couple denied.  Including an enclosed street hockey pad that was rejected for being a “Generic Business.”

One more try.  I told the local community that I was going to give Mickey’s one final shot. I mustered up the best information I could, took the pictures and tried one last time.

I’m not sure exactly when, but I noticed that Niantic had added an Appeal button to denied Wayspots on the Wayfarer website.  I hummed and hawed about it for a couple of days, and then on December 28th, 2021 I decided to hit the button and submit an appeal.

I typed my best appeal to Niantic to try and get it approved and sent it on its way. Now I feel like I should point out at this point that I’d since moved away from Plattsburgh.  Still having friends in the area I had asked if anybody else had made an attempt to get it approved and that was met with the amazing comment:

I let them know that I had appealed it and Tristan joked that he would send me a gift from the stop once it was approved and I could pin it into my scrapbook in-game forever.  Not knowing how long of a process appealing a denial was, as it was brand new, I kinda forgot about it to be honest and when about my life.  Subbing wayspots along the way, and doing fairly well.

After doing some reviews on Wayfarer I packed up my laptop and put it away, got a drink of water and head off to bed.  As I passed through the living room I glanced down at my phone and happened to notice that I had an email from wayfarer.  “Oh, one of my edits has been decided.” I unlocked my phone, and clicked on the notification and read the headline of the email:

Thank you for your Wayspot nomination appeal for Mickey’s Restaurant & Lounge on Dec 25, 2019.

My heart skipped a beat. It was done.  One way or another my saga of attempting to get Mickey’s approved was over.  Either Niantic had decided it was a good nomination and it would be a wayspot, or they decided it wasn’t and I could no longer argue that it should be.

YES!!! Finally!! I ran back to the couch and grabbed my laptop, flung it open and went directly to the wayfarer website.  Scrolled down and there it was.  Mickey’s.  Approved.

Now, I’m not going to lie here.  I may have woken my kids up when I finally saw it was approved.

912 days.  It was 912 days between when I first submitted Mickey’s Restaurant and Lounge as a potential wayspot and when it was approved.  Now I just had to wait for it to appear in Pokémon Go.  Which it did, later that day and boy was I in for a surprise. I got a Discord notification later that day, with just a screenshot from Pokémon Go.

I couldn’t believe it.  A gym!  Amazing!!  Now I just need to plan a trip back to Plattsburgh to grab some gifts, throw a Pokémon into the gym and visit the restaurant one more time.

Also, I did get my gift with the perfect sticker!

If you’ve made it this far. Thank you. Thank you for joining me on this adventure that I went on.  It means a lot to me.  Out of the 69 submissions that I’ve had approved so far, this one is my favourite. For obvious reasons. It took a lot of work, and a lot of perseverance to get this through. I hope that this story has inspired you to get out there and explore your community to find local hidden gems to submit.

If you’ve had a submission rejected, review the rules.  If you really feel that it falls within the realm of acceptance based on the criteria that Niantic has set out then don’t be afraid to appeal it. The wayfarer system is not perfect, and it’s subject to everybody who’s reviewing to follow the criteria, and that doesn’t always happen. The process is there for a reason.  I’ve had 2 appeals get approved.  The process can take a while, but it works.

Finally thank you to Tristan and Kirsten for the support and the laughs over the years while I trogged through the process of getting this approved.  We did it!!

Until next time, stay safe out there!