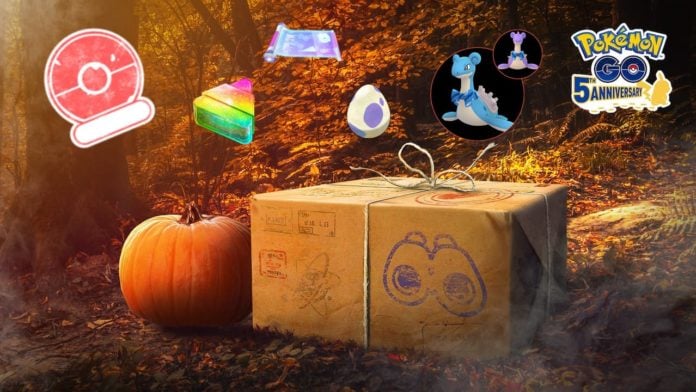 One of the most controversial changes in Pokémon GO was the removal of legendary Pokémon from Research Breakthrough boxes back in January 2020.

Almost two years later there is no sign or indicator hinting at a potential comeback, and trainers are often disappointed with the recent choices.

In today’s article, we’ll go over the history of Research Breakthrough Pokémon and we’ll see how they have evolved over the years.

The analysis is pretty straightforward. We used to have legendary and legacy Pokémon in Research Breakthrough boxes and now we don’t.

Back when we didn’t have Elite TMs, legacy Pokémon used to be a big deal. I still remember collecting my daily stamps and praying for a Body Slam Snorlax with good IVs. There are still plenty of Pokémon with legacy moves, and some are pretty good not only in raids but also in PvP.

Catching a legendary Pokémon might not be that exciting to players who have always been part of raid groups, but it definitely is exciting to rural players. Some of them still haven’t completed their Pokédexes and Research Breakthroughs used to be a great way of doing it without having to raid or reach Rank 20+ in GBL.

Niantic decided to shake things up a bit and instead of knowing what we’d be catching once we collected all our daily stamps, they decided to turn RBs into “Mystery boxes”. This change was pretty fun, as it used to add a surprise factor to research breakthroughs. At the end of the day, you were always catching a legendary Pokémon. Perhaps not the one you really wanted, but a legendary Pokémon nonetheless.

Flower Crown Eevee was probably the beginning of the downfall. If you were actively playing back when it was announced, you’re probably aware of how its announcement was received by the Pokémon GO community. FC Eevee had been released in the wild months prior to its release as a RB, so people weren’t particularly happy about that.

Niantic tried to change the formula in 2020. Instead of legendary Pokémon, they decided to go a different route and offer some special perks in an attempt to make RBs exciting in a different way. Starting in February 2020, they decided to add a little bonus when catching the research breakthrough Pokémon. Unfortunately, it wasn’t enough to overcome the overall disappointment with the Pokémon they chose.

And the rest is history. Some Pokémon such as Gible or Togetic were more exciting than others but legendaries and legacy Pokémon have never been featured again in research breakthrough boxes.

Pokémon such as Rufflet or Frillish are pretty common rewards in PvP, Yamask was a wild spawn during the Halloween Event 2020, Clamperl had its own Research Day, Ditto has no use in the current meta and can’t even be used in PvP, and Pokémon such as Woobat, Trapinch, Darumaka and (just to name a few) have been featured in plenty of events as common spawns.

To sum it all up, the most exciting aspect about the most recent research breakthrough Pokémon is them being shiny. And if you do the math, assuming a base 1/512 shiny rate, there is a ~0.78% chance of it being shiny after 4 attempts (1 month).

But not all hope is lost. So how can we make RBs exciting again?

How about offering a Star Piece, an Incubator, a Lucky Egg, a Raid Pass, an Incense or a Poffin? And how about adding a very low chance of getting an Elite TM? Wouldn’t that be a good way to shake things up and make people want to collect their stamps again?

The egg pools are pretty bad in Pokémon GO. Even 10km and 12km eggs are full of useless Pokémon that nobody wants to hatch, despite all the effort it takes to make them hatch.

Adventure Sync eggs on the other hand have a pretty decent egg pool. I would definitely be a bit more excited about doing field research if I could get myself an egg with a higher chance of hatching rare Pokémon such as Axew.

What if research breakthrough Pokémon would have an IV floor of 12 instead of 10? This would reduce the number of possible IV combinations from 216 to 64, significantly increasing the odds of getting a hundo!

We still can’t farm Rare Candy XL. I’m pretty sure some players would be extremely happy if one of the most coveted items in the game was made available.

Adding Rare Candy XL as a research breakthrough reward would also be a F2P-friendly measure.

Costume Pokémon are (usually) great. The only aspect most trainers dislike about them is the fact that most of them can’t evolve. Imagine catching a hundo Croagunk with a hat and not being able to evolve it…

As long as they can evolve, costume Pokémon are decent alternatives to consider as research breakthroughs.

There are plenty of Pokémon that dominate a certain meta thanks to their legacy moves. Pokémon with legacy moves would at least feel a bit more “special” than the common spawns we’ve been getting lately as RBs.

Simple as that. Legendary Pokémon belong in research breakthrough boxes.

And that’s about it!

What do you think about Research Breakthrough boxes? What would you change to make them more appealing? Let us know in the comments section down below!