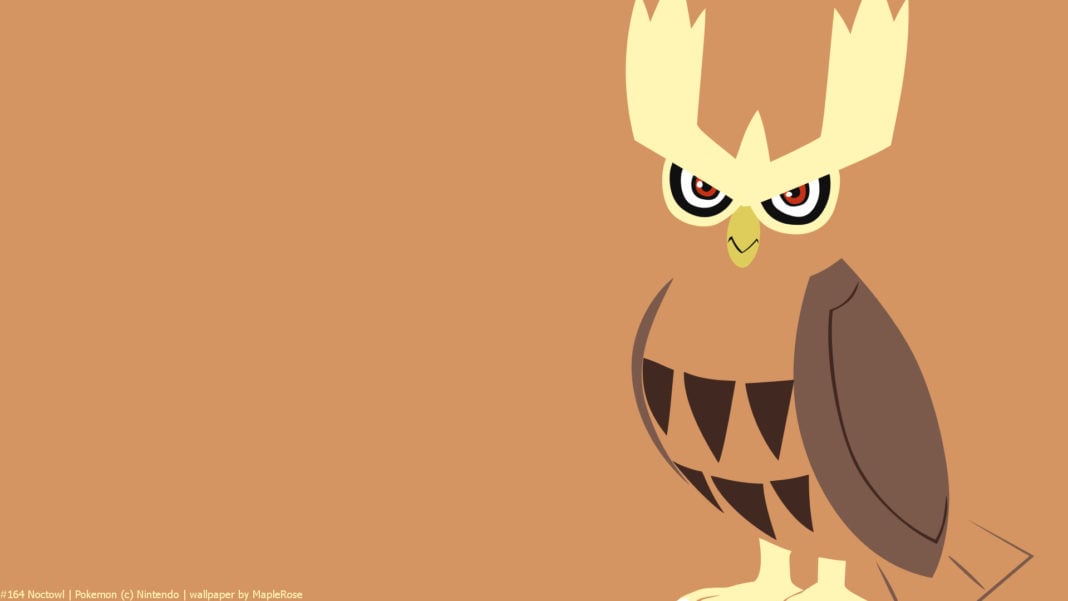 Noctowl is one of the more recognizable Pokémon from Johto and has been a consistently solid performer in limited Great League formats from the start of PvP in Pokémon GO. It’s pretty easy to see why as well considering its solid bulk and good set of Flying type moves.

However, Noctowl has never really been able to be a true contender in the open Great League with the prominence of Steel types, such as Bastoidon and Galarian Stunfusk, while also struggling to stand out from the Flying type kings of Great League, Altaria and Skarmory.

With the start of Season 10 in GO Battle League, Noctowl received new access to Shadow Ball, a powerful Ghost type charge move that finally gave it some recourse against the Steel and Rock types that effortlessly walled it, However, is this enough to allow Noctowl to truly shine in open Great League? Lets dive in and find out!

There’s a lot to like about Noctowl’s stat spread here. Obviously, the big stat to jump out is that huge HP stat, which allows Noctowl to take most neutral attacks and even non-STAB super effective hits from most Pokémon. While the high stat product is always preferred, there is an important breakpoint that can allow Noctowl to flip otherwise slight losing matchups. With a 105.38 Attack stat, Noctowl is able to overcome Azumarill in even shield situations and Galarian Stunfisk should you go into a one shield deficit thanks to an Attack breakpoint you reach on Wing Attack with most variants of these Pokémon. This is crucial as it allows Noctowl to overcome two Pokémon that are typically used to take on Flying types. It is recommended to use GO Stadium’s IV Checker or PvPoke to check the stats of your Noctowl IV spread to see if it is able to hit this breakpoint. We’ve made a couple of hints at moves, but let’s look at them more closely

Wing Attack is clearly the better move choice here. After the STAB bonus, it does 3 DPT and generates more energy than Extrasensory does, so there really isn’t much to discuss here.

There’s two pretty cut and dry moves. Sky Attack is the move Noctowl should not be flying from home without as it’s the most energy efficient move in its arsenal. On the flip side, Night Shade is probably just as terrible as its damage per energy ratio is absolutely terrible for a move without any stat buff or debuff chance. Shadow Ball is generally going to be the preferred 2nd move for its ability to hit Steel types, such as Bastiodon and Galarian Stunfisk for relevant damage should Noctowl be trapped against them or met with them after it has taken down an opposing Pokémon. Psychic’s only real tangible use is if Noctowl is low on health against a Poison type that isn’t weak to Sky Attack and can only use one move before fainting. Of relevant Poison type Pokémon in Great League, this list starts with Nidoqueen and ends with Golbat, which makes Psychic all but unviable compared with Shadow Ball.

Like with many Flying types in Great League, Noctowl will struggle against Rock, Steel, and Electric types due to their resistance to Flying type moves while also not enjoying matchups against Ice types thanks to its weakness to such moves. Even with the new addition of Shadow Ball, Noctowl will be hard pressed to handle the likes of Bastiodon and Lanturn as their high bulk and super effective STAB moves will cut through Noctowl’s bulk pretty quickly. Other Steel types, such as Galarian Stunfisk and Registeel can also lean on their Flying type resistance and solid bulk to comfortably take Shadow Ball. Powerful Ice types, such as Dewgong and Alolan Ninetales are also solid responses to Noctowl thanks to their super effective STAB moves and lack of a weakness to Noctowl’s moves. Froslass and Abomasnow are other Ice types that have favorable matchups against Noctowl, but are vulnerable to Shadow Ball and Sky Attack respectively, which means that Noctowl can overcome them with shield or energy advantage.

When contemplating adding Noctowl to your team, we have to look at the competition it will face as a Flying type. Altaria and Skarmory are top of the line picks in open Great League play thanks to their secondary typing and moves allowing them to perform other duties outside of the typical Flying type. Altaria’s Dragon typing and access to Moonblast allows it to more comfortably take on Dark types, like Umbreon and Mandibuzz, as well as more comfortably handle the likes of Alolan Marowak and Machamp. Skarmory’s Steel typing allows it to beat most other Flying types while also completely shutting down the likes of Nidoqueen and Venusaur thanks to heavily resisting their charge moves. As for Noctowl, its Normal typing only really helps it against Ghost type moves, which only really sees tangible use against Trevenant and Alolan Marowak among common Great League Pokémon seeing as Froslass and the lesser seen Drifblim have Ice type moves to threaten Noctowl with. Because of this, Noctowl sees itself as the “best of the rest” when it comes to the Flying type pecking order as Altaria and Skarmory generally rule the roost while Noctowl’s bulk and consistency keeps it ahead of the likes of Talonflame, Mandibuzz, and Tropius, all of whom generally are used for their secondary typing. Because of this, Noctowl will generally shine in any format that doesn’t allow the use of Skarmory or Altaria, such as Great League Remix, or type-limited formats that allows Normal types, but not Flying types.

Noctowl greatly prefers teammates that can take on the likes of Bastoidon, Dewgong, and Lanturn. Fighting types, such as Machamp, Toxicroak, and Hitmontop can fare quite well against Steel, Rock, and Ice types and appreciate Noctowl’s ability to safe swap into Psychic types for them. Venusaur, Meganium, and Trevenant can reliably handle Electric types while also generally being favored against Water types with Ice type coverage. Noctowl’s ability to capably handle Grass types makes Ground types, such as Galarian Stunfisk, Swampert, and Whiscash good partners as they can take on the Steel and Rock types that trouble Noctowl without stacking Ice type weaknesses.

Noctowl is a solid addition to any Great League team. While it may not have the versatility of Altaria or Skarmory, it is capable of reliably performing as a Flying type. With that said, it shouldn’t be a top priority as its lack of versatility in its role will generally leave it behind Altaria and Skarmory in particular, and the lack of flexibility can sometimes make the likes of Mandibuzz, Drifblim, and Tropius more appealing team options that can generally use Flying type’s resistances to perform Flying type roles while utilizing their secondary typing to succeed in different matchups. If you play in Silph Arena formats or simply prefer Great League Remix in GO Battle League when its an available format, Noctowl is a can’t miss addition though as its solid bulk and good coverage allow it to perform quite well in such limited formats. You may be wondering why a full section wasn’t dedicated to Ultra League. This is due to the fact that it’s a level 50 investment that only has an extremely specific niche of dealing with Ghost types, such as Trevenant, Jelicent, and Giratina-A while threatening Grass and Fighting types. Unfortunately for Noctowl, Altaria is a far superior level 50 niche investment for the format as its Fire and Water type resistances are much more meaningful with Talonflame and Swampert being top threats in the format.