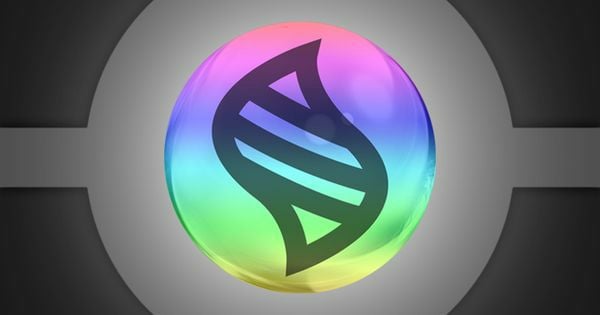 The debut of Mega Evolutions in Pokémon GO happened almost a year ago. Since then, 15 different Mega Evolutions have been introduced but the feature still remains unpopular and it can be quite hard to find enough people to do Mega Raids with outside of the first couple of days when a new mega evolution is introduced.

But why is that? In this article, we’ll go over the main issues with the current Mega Evolution system and some constructive feedback and ideas will be provided, focusing on how the Pokémon GO community would improve the current system.

Lore in the main series games

Mega Evolution is a concept introduced in Generation VI in the main series games. There are certain Pokémon who can mega-evolve, reaching their ‘ultimate’ form temporarily until the battle/contest finishes. Once it finishes or the Pokémon faints, the Pokémon returns to its regular form.

Trainers are limited to having only one Mega-evolved Pokémon in a battle, and a Mega Stone (held by the Pokémon) + a Mega Bracelet/Item (owned by the trainer) are needed to mega-evolve a Pokémon (Rayquaza being the only Pokémon that doesn’t need a Mega Stone to Mega Evolve. Instead, it needs to learn the move Dragon Ascent).

Now it’s time to see the main issues of the Mega Evolution system in Pokémon GO and a list of potential solutions to make it better.

The main issues with the current Mega Evolution system will be summarised below. This list is a compilation made from the feedback given by the Pokémon GO community, and it is quite representative of the overall feeling towards the Mega Evolution feature in Pokémon GO.

The biggest issue, by far, is the fact that trainers never feel like they own a Mega despite the efforts they made to mega evolve their Pokémon for the very first time. In fact, the Mega Evolution system in Pokémon GO is often described as a “Rent-a-Mega” system.

Mega Evolutions should only last for a limited period of time, that’s totally understandable and it also happens in the main series games. So that’s not the issue.

How could the “renting” system be revamped? There are some alternatives that would probably be better while benefiting Niantic from a business perspective at the same time. Remember, they are a business after all.

Let’s start with the first idea: a revamped Mega-unlock system. It could work in a similar way as the Buddy Feature V2. There are certain tasks and quests you need to complete while having the Pokémon you want to mega evolve as your buddy in order to unlock its mega evolution. These tasks could be: walk 100 KM, participate in 10 raid battles together, take down 50 gyms together, reach the Best Buddy status, win a PvP battle together, and so on. Once you finish all these tasks, you get a Mega Stone or the required amount to unlock a certain mega and from that moment you can mega evolve your Pokémon whenever you want, because you earned it. Well, maybe there should be a limit of 1 mega evolution per day or else it’d be kinda broken, but you get the memo. Earning things and strengthening the bond between trainer & Pokémon vs. spending money to rent a certain mega for a (very) limited period of time. Which one does sound better?

The picture below is just a basic sketch that I made to sum up and illustrate the revamped system described in the paragraph above.

Second idea: increase the cost needed to mega evolve for the first time but significantly reduce the cost to mega evolve after that. I know, this doesn’t really solve the main issue but you’d at least feel like you’re “wasting” less mega energy every time you mega evolve once a certain mega has been unlocked. The system is already there, so this could be implemented by just flipping a switch after changing a couple of numbers in the code.

Third idea: universal mega energy. It could work more or less in the same way as rare candies. Once you complete a mega raid or a mega task, you get universal mega energy, which you can then spend in any Pokémon you like. It doesn’t entirely solve the “renting” issue, but it’d definitely be a welcome change. Species-specific mega energy could still be obtained through the buddy system by walking with your buddy, just as it is right now.

While these are nice little bonuses, they aren’t something worth mega evolving for. At least on a regular basis. I mega evolved my Charizard to Mega Charizard X during Gible CD and I’d probably mega evolve a Pokémon sharing the same typing as a raid boss I want to raid during a raid hour or raid weekend. But that’s about it. Do I really need to mega evolve my Mega Gengar to join a raid using my free raid pass, deal a little bit more damage during that raid, one additional candy after I catch the raid boss and then let it sit for 7ish hours without having much use? It just doesn’t seem worth it.

Simple solution: Boost the number of benefits from mega evolving to make it worth it. Would you mega evolve if that’d mean you get your mega-evolved buddy to the Excited status instantly? How about receiving a +3 candy boost when catching a certain raid boss? How about making the 30% damage boost last the entirety of the raid battle (some megas are really squishy)? How about slightly boosting the chance of finding a shiny Pokémon sharing the same typing as the mega evolved Pokémon? Possibilities are endless.

The rotation system doesn’t really work due to several reasons.

Let’s assume that you can only spend one raid pass per day. First of all, trainers (who are lucky enough to be part of raid groups) need to prioritise between raiding a legendary Pokémon or a Mega. Only a handful of megas are actually “worth” raiding because they outclass all other raid attackers or because they are rare Pokémon. Would you rather raid a Mega Steelix or a Giratina Origin? A Mega Houndoom or a Mewtwo? A Mega Ampharos or a Groudon? The answer is pretty obvious in most cases.

Another issue regarding the mega rotations goes hand in hand with the previous issue mentioned in this list: universal mega energy. If you want to raid Mega Lucario because it’s an insane fighting type attacker and one of your favourite Pokémon, once Mega Lucario is out of the Mega rotation you’re probably gonna have to spend your remaining Lucario Mega Energy very carefully because the amount of mega energy you can get from tasks and the buddy system is quite scarce. This relies heavily in FOMO and that’s not good for the game. In fact, trainers don’t want to spend their precious mega energy and thus they barely mega evolve their Pokémon because they don’t want to run out of mega energy. Is this system really enjoyable?

Potential solutions: Adding a free Mega Evolution daily raid pass, adding universal mega energy to the game or increasing the amount of mega energy you get from quests.

You probably won’t remember this, but Niantic announced a test Mega Raid hour on March 18th. It was indeed a test and judging by the fact that we never saw this happen again we can probably assume that it was a failure.

Legendary Raid Hours however have been a great success from the very beginning. Raid trains are planned all over the world whenever a popular raid boss is featured in any of the Legendary Raid Hours, and trainers around the world carefully plan their Raid Hours coordinating with people living in other areas to squeeze in as many raids as possible while the event lasts by using Remote Raid passes.

Mega Raid hours are a cool idea, but they will not work unless the Pokémon is insanely rare or powerful. Other Mega evolutions won’t get nearly as much as attention with the current mega evolution system.

Potential solutions: reworking the mega evolution system to make mega evolving worth it or adding free Mega Raid passes to the game.

Ways to get Mega Energy in Pokémon GO

Although Niantic added new ways to obtain Mega Energy some months ago, Mega Energy is still obtained mostly through raids. And we all know that it can be quite hard to find a raid group to do Mega Raids, even when using online coordinating platforms and servers.

Let’s be honest, do you think it’s worth powering up your Pokémon 10 times for just 20 Houndoom Mega Energy? Do you really want to try to catch 10 grass types (in between events where they barely spawn) for 10 Venusaur Mega Energy? The amount of Mega Energy you can get through the buddy system is not the real deal either. It works great for the first mega evolution unlock & Mega Pokédex entry but once you’ve done this, there is almost no incentive.

Getting your buddy to the Excited state reduces the amount of distance needed to obtain mega energy, but the amount of work needed to get your buddy excited is quite tedious & repetitive, and the final reward is probably not worth such effort.

You can’t even use them in GBL either, which is actually good news because unbanning them would make PvP extremely P2W and FOMO levels would increase exponentially.

Potential solutions: scrap the current rental system and make it so that you can feel like you own a mega and you can enjoy using it without worrying about running out of energy anytime soon.

And that’s it for the article!

Do you agree with the points made? Would you add anything else to the list? Let us know in the comments section down below!

Hopefully we can provide useful and constructive feedback for Niantic so that they can tweak the current mega evolution system and improve it.