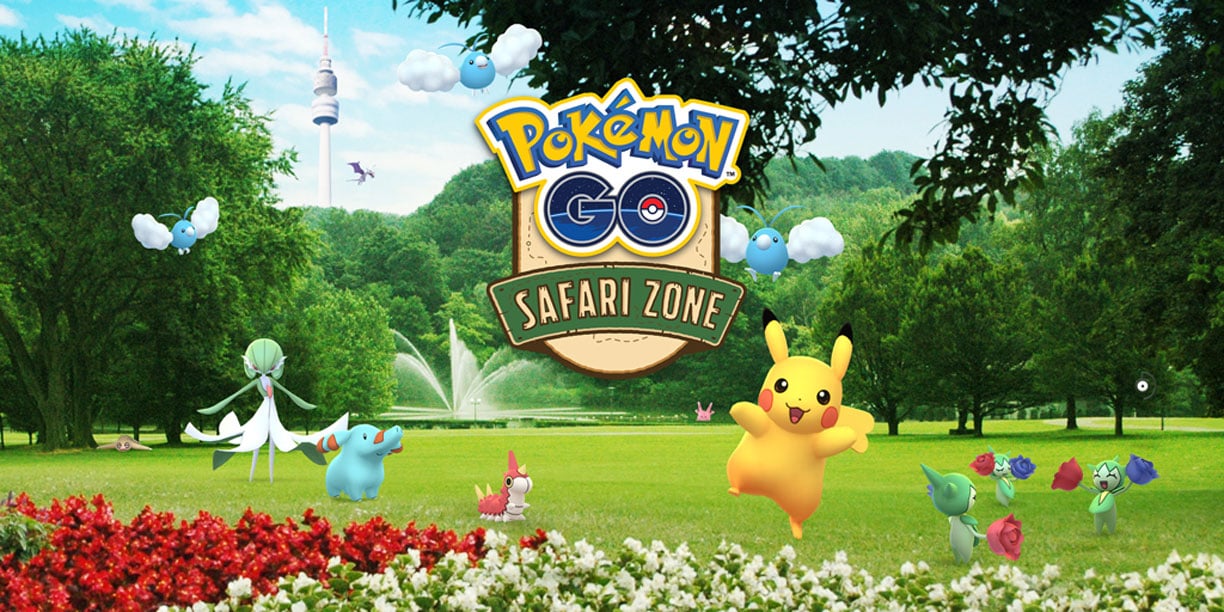 Today, the GO Hub team attended the Safari Zone Dortmund, from early morning in Westfalenpark, over mid day in Dortmund, back to Westfalenpark during the closing hours, and this is our perspective on the event and everything that transpired today.

In all fairness, you may have read something on reddit, or collected some info from Twitter, but we doubt you have read a more comprehensive coverage of the event unless you attended it yourself. If that’s the case, jump right into the comment section and share your experience with us — we’re super curious to hear how you spent the day today, especially when the problems have started.

And right off the start, we want to be honest with everyone, especially Niantic employees reading this: the main event venue was plagued with most of the same problems GO Fest had, but you did an incredible job at driving us deeper into Dortmund to play and enabling everyone to have an amazing day!

The problems were aplenty, as often they are when the underlying network infrastructure fails:

However, unlike GO Fest, Niantic was incredibly quick at acknowledging these issues and giving players directions on where to move in order to enjoy the event fully. The city of Dortmund is not the most exciting place in the world, but Pokémon GO truly made it come to life with rivers of people flowing in directions of Regice raids, local parks and hotspots.

It starts with a queue

The day kicked off (08:30) with a visit to the Westfalenpark area, and lo and behold, every entrance to the park was filled to the brim with people lining up in massive queues, waiting for entry. The park’s west side entrance is connected to Dortmund’s underground railway system (“the U-Bahn”, a typically German name for a metro) and the line was all the way to the underground exit. Yes, you read that right, the moment you stepped out of the train, you were already in the line — it was that crazy.

According to Ben Bagshaw and Thomas Gilberthorpe, two lovely lads from Sheffield, UK with whom I just shared a beer in Bochum, here’s how the west side entrances looked like:

Inside, three massive tents were set up, honouring each Team Leader and offering free Wi-Fi, food and beverage tents and seating areas, marked by team colour and large enough to seat anywhere from 200 to 600 Trainers (our estimate). These areas were always packed, with the giveaway stand being the most popular destination for most participants (the giveaway included a brochure, a handy Safari Zone textile bracelet and a paper Pikachu hat).

The problems started around 11:00 – 12:00 AM, when the number of Trainers in the park increased dramatically, testing the very underpinnings of cellphone infrastructure at the venue. Cell on Wheel trucks were indeed deployed and scattered through out the park, but to seemingly no effect: anyone on Vodafone was cut off from the internet, while Telecom users were able to get a connection, sporadically. This led to the first contingency tweet coming from Niantic’s end:

Reminder: Corsola, Unown and other Pokémon found within Westfalenpark can also be caught all throughout the City of Dortmund! If you haven't made it into the park, consider exploring the city while more people enter the park and the lines shorten. #SafariZoneDortmund

In truth, at the moment of this tweet, the people inside the park were well aware that the entire network infrastructure was collapsing, as we were cut off for at least an hour. Luckily, Niantic’s nudge worked and rivers of people flooded into the U-Bahn station, determined to get to Dortmund.

And off to Dortmund we went… 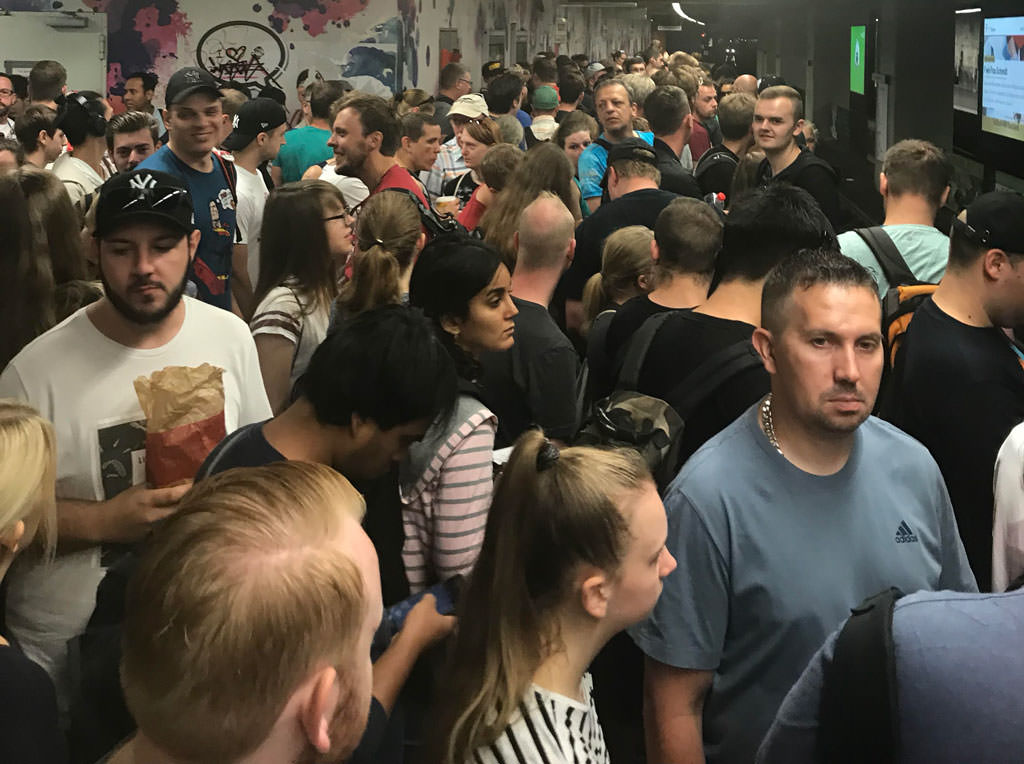 Enthralled by a sudden onset of internet connectivity, our perky little group exited the Dortmund Hbf train station and were instantly introduced to a group of Danish players, racing off to a Regice raid. With a few friendly comments about the upcoming Denmark vs Croatia football match, we arrived at the location of our first Regice raid in Dortmund, and what a sight it was to behold!

Hundreds of trainers were scattered across the raid area, a sight not seen since the summer of 2016, all playing and moving together across the city in small to medium sized groups, driven by strategically placed Regice raids in lower activity areas of Dortmund’s inner center. Whether we want to admit it or not, Niantic’s server side orchestration and Twitter announcements were instrumental to organising and manipulating the movement of players all across the city.

Looking back at the whole event, we don’t think that these tweets were just gentle reminders — they were instructions wrapped in a well mannered advice:

Even more Pokémon are now appearing throughout the City of Dortmund. If you're in Dortmund for #SafariZoneDortmund, we encourage you to explore the city to rather than visiting Westfalenpark due to capacity issues. Thank you!

We were quickly joined by a local group from Krefeld, a group that couldn’t take a smile off their faces even in times when the sun was really strong and the spawns were not shiny enough: 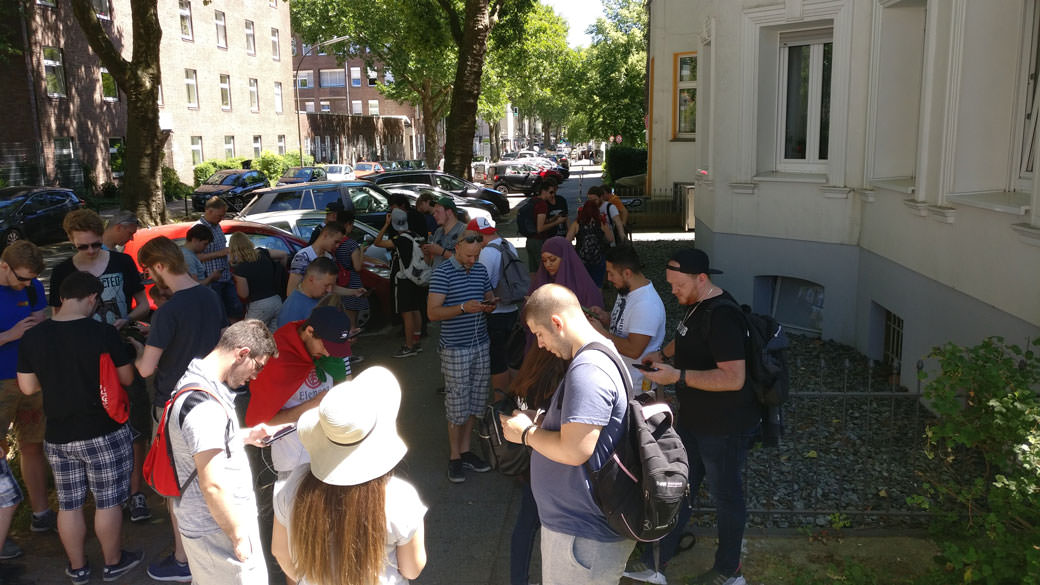 Sights like these were common at every corner, with groups taking turns in lobbies and moving organically through out the city. Our day ended up with more than 20k steps, 7 hours and who knows how many kilometers walked.

It ends in the park

Around 18:00 we decided to head back to Westfalenpark, where we discovered that the situation has changed and that the internet connectivity was restored — mostly. Surprisingly, even with the greatly reduced number of Trainers, there were patches where the game would just lag out and stop working in a weird way.

Luckily, people have already figured that out, and using the typical Pokémon GO players’ ingenuity, formed small migration patterns from places with a lot of people to places where it wasn’t so crowded. If we can have bi-weekly nest migration, I guess we can have quarter-hourly people migrations as well.

Regardless of the issues, our stay at the park was amazing, as the venue is beautiful and the game was functioning much better than in the morning. In the end, we ended up finally meeting Reversal in front of one of the tents:

Finally @PokemonGOHubNet @ #SafariZoneDortmund!
Met so many great people too, Thanks for the shirt guys! 💪#PokemonGO #Sponsored #Niantic pic.twitter.com/EDik8hz7E0

We don’t know why Niantic has flown all of the big Pokémon GO Youtubers to Dortmund, but judging by Rev’s tiredness and shaky hands, they’ve been working overtime. We look forward to the content and upcoming future announcements.

If we had to rate the event, we’d give it a solid 8 / 10. The first portion of the event was (expectedly?) bad, but as soon as you got out from the park and into the city, it quickly became one of the best events in… well, ever? It’s miles ahead of previous European Safari Zones and in terms of event management and communication, it can easily be considered an improvable blueprint for future events.

And apparently, Niantic is well aware of this:

Trainers, as Day 1 at #SafariZoneDortmund comes to close, we’re happy to report that the primary issues we faced earlier today have been resolved. Heading into Day 2, our current focus remains on maintaining game performance.

P.S. I could have sworn that I’ve walked behind John Hanke near the Press area, but didn’t have the guts to stop and ask him anything. RIP!