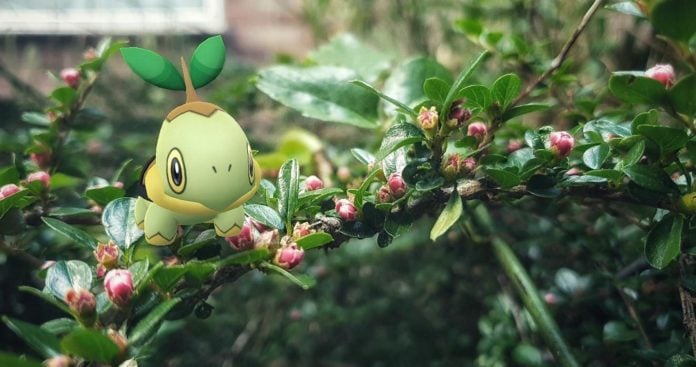 Pokémon GO is constantly updating and adding new features, and a quality of life feature I would love to see is the ability to lock a Pokémon. You can already favourite a Pokémon making it much less likely to be accidentally transferred or traded away, but locking a Pokémon would work in a different way.

What Would Locking Do?

In my concept for locking a Pokémon, much like the favourite button, a lock option could be added to the Pokémon’s menu. Locking a Pokémon would not only mean it couldn’t be transferred or traded away like a Pokémon that is favourited, but would also lock all of their stats as they currently are.

Everything about that Pichu would be locked, unless you chose to unlock it. Locking would act as an Everstone does in the main series. The Everstone has never been available in Pokémon GO, and currently Pokémon are unable to hold items so it couldn’t transfer into Pokémon GO. In the main series giving your Pokémon an Everstone means it will not evolve, even when it meets the usual evolution requirements. No matter what, as long as that Pokémon holds the Everstone, it doesn’t evolve, and locking a Pokémon could take inspiration from that, but also lock all of the Pokémon’s other settings.

Locking the moves also means you know that Pokémon will have the movesets you want for PVP, and you won’t accidentally change them. It adds an extra level of security to protect those Pokémon you have invested a lot of stardust and TMs into.

Locking the evolution also means you can keep your Pokémon in the evolution you want it to be, Grotle for example ranks higher in Great League than Torterra, so being able to be sure you won’t accidentally evolve to Torterra ensures your Grotle is there for you to use in Great League without risk.

Other than PVP, why else would you want to lock your Pokémon? Personal preference! I for example, have a very precious shiny, lucky, 100% IV turtwig I was traded by my friend Matt. I absolutely love Turtwig, and never want to evolve it, so to be able to lock it as Turtwig and remove that evolve option would be brilliant, that way I know it will be my precious little Turtwig forever, rather than accidentally evolving it.

Many players will have a particular Pokémon they love that they don’t want to evolve, and locking it means they won’t have the risk that they could accidentally evolve it. I know I would be gutted if my Turtwig evolved, I love the whole evolution line, but I specifically want to keep that one as a shlundo Turtwig, not a Torterra.

I also have a shiny 100% IV Snubbull, and I much prefer the shiny Snubbull to the shiny Granbull, so I plan to keep it as a shiny Snubbull and max it out, but the amount of times I have nearly hit evolve instead of power up is so concerning! Locking those Pokémon would keep them safe and exactly as I want them to be.

Being able to lock a Pokémon will give trainers the option to protect their favourite Pokémon, as well as ensure their Pokémon are set up ready for the battles they need them for. It could be a really great quality of life update that I think a lot of people would utilise, that wouldn’t negatively impact the game in any way.

Being able to protect our precious Pokémon collection via locking is such a simple concept, but would be much loved!