Pokémon GO is getting a rebalanced leveling system from 1 – 40, a level cap increase to 50, Generation VI Pokémon and brand new seasonal content 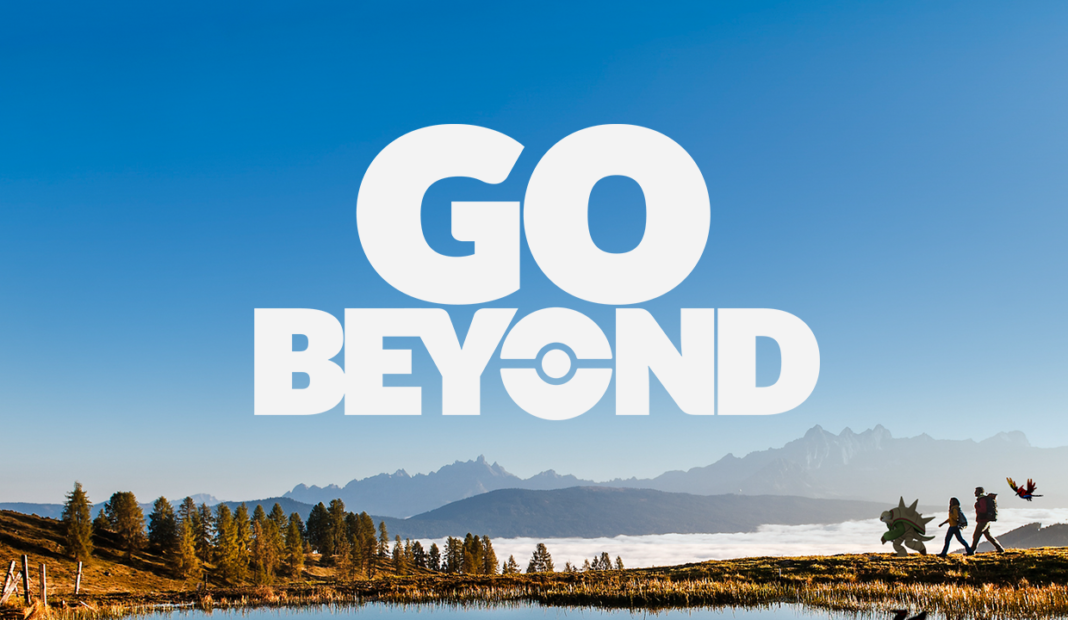 GO Beyond is a massive update, but we’ve prepared a simple survival guide to help you understand what’s coming and when. We strongly suggest you bookmark this page and refer to it when needed.

Additionally, there will be a lot of content from other press outlets, Youtubers and Twitch streamers, so be sure to check out their channels for more information as well. We’ll try our best to collate everything into this guide and we’ll be publishing more specific guides as features become available.

Beginning November 30, Trainers will experience a rebalanced leveling system that includes a level cap increase to 50. The new system dramatically changes player progression from Level 1 to 40 and introduces 10 new levels for Trainers to progress. And yes, you will be able to power up your Pokémon beyond Level 40.

The existing CP formula is seemingly unchanged, but there should be more CPM values for levels beyond 40. We’re not sure if there will be a CP rebalance coming as a part of this update.

In preparation for the level cap increase, Niantic has announced a handful of changes that are coming or are already active.

Experience bonuses until end of year

Starting on November 30, 2020, you’ll earn more XP from catching Pokémon, evolving Pokémon, hatching Eggs, registering new Pokédex entries, and more. In some cases, the XP earned will be as much as double what it was before.

XP has been increased for the following activities. 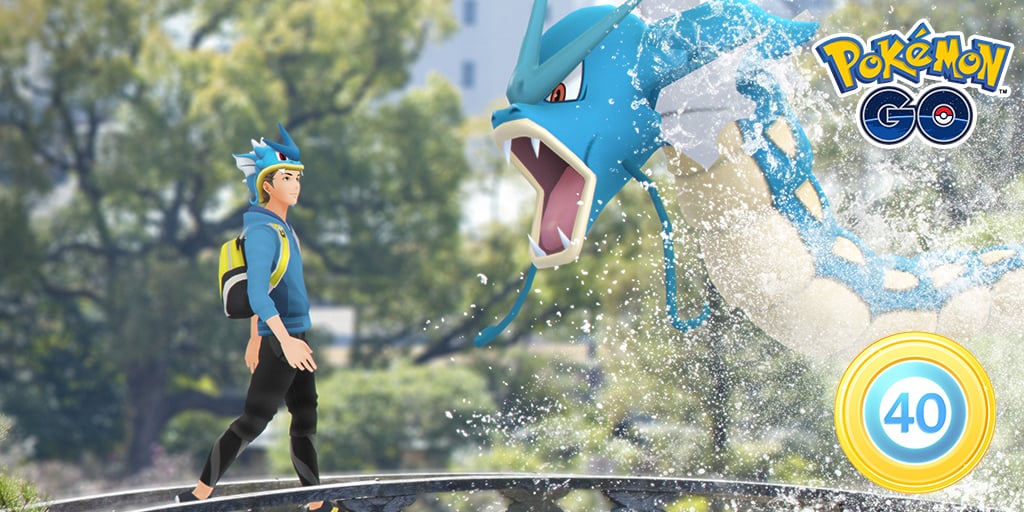 Trainers who reach level 40 before Thursday, December 31, 2020, at 11:59 p.m. local time will earn the title of Legacy 40 Trainer and earn some exclusive rewards, like Timed Research that rewards an exclusive Gyarados Hat avatar item and a special Legacy 40 medal!

Check out our Guide to Power Up Costs in Pokémon GO for a complete stat breakdown on XL Candy power up costs.

Trainers will soon be able to power up their Pokémon to a higher CP than was previously possible at each Trainer level. Try powering up your Pokémon to see the difference! Level 40 Trainers, get ready for a whole new challenge!

Currently, Trainers can powerup Pokémon to Pokémon Levels 2 levels above their current Trainer level. In other words, a Pokémon can be maxed out to Level 40 starting from Trainer level 38.

The change after the Level Cap increase will make adjust that value from 2 to 10. Players will be able to power up Pokémon up to 10 levels above their current Trainer Level.

Niantic is rolling out the level-cap increase to Australia tomorrow for testing before making it available to Trainers around the world. Trainers who make it to level 41 and above during the testing period will receive a survey to provide their feedback.

Level 40 Trainers who power up Pokémon past their previous CP maximum will be unable to use those Pokémon in the Master League format for the time being in order to maintain a fair competition. However, those Pokémon can still defend Gyms.

Leveling above Level 40 will be quite different, as it requires you to complete new Level-Up research between levels, in addition to the usual XP requirement. The Level-Up research quests are different at every level but they are concentrated around one theme.

Here’s a preview of what to expect from these quests:

Related guide: XL Candy Guide: How to get, Power Up Costs and Mechanics

Pokémon GO will also be introducing Candy XL. These Candies will be required to power up Pokémon to even higher CP than was previously possible, and can be acquired either by catching Pokémon or by converting and combining Candy into Candy XL. There will also be other ways to obtain Candy XL, so stay tuned!

Every three months, Trainers can expect to see a new season with major changes and new Pokémon. In-game events will continue to run within each season, but may be more heavily tied to the season itself. In addition to regular changes at the start of each season, Trainers can also expect to see mega updates to Mega Evolution Pokémon throughout, and changes to GO Battle League format, rankings and rewards structure.

What are Pokémon GO Seasons?

Every three months, you can expect to see a new season in Pokémon GO that brings major changes, such as the following.

With each new Season, Trainers can also expect to see updates to Mega-Evolved Pokémon.

GO Battle League seasons will occur in tandem with the overarching Seasons and will rotate formats on the same three-month schedule.

Starting on Tuesday, December 1, 2020, at 8:00 a.m. local time, the first Season will begin—the Season of Celebration! Pokémon originally discovered in the Kalos region will be appearing in Pokémon GO. To celebrate their arrival and the new year, Professor Willow is embarking on a quest to research the different regions of the Pokémon world, and he needs your help!

During this Season, Trainers will be able to participate in a series of in-game events featuring Pokémon first discovered in different regions. Whether you’re a fan of Kanto, Johto, Hoenn, Sinnoh, Unova, or Kalos, Pokémon originally discovered in each of these regions will be appearing as Professor Willow looks to discover and celebrate their rich histories.

At the end of the Season of Celebration, we’ll be introducing a brand-new global event experience. Stay tuned for more details!

Pokémon from the Kalos region are coming

Related guide: A Beginners Guide to the Kalos Region 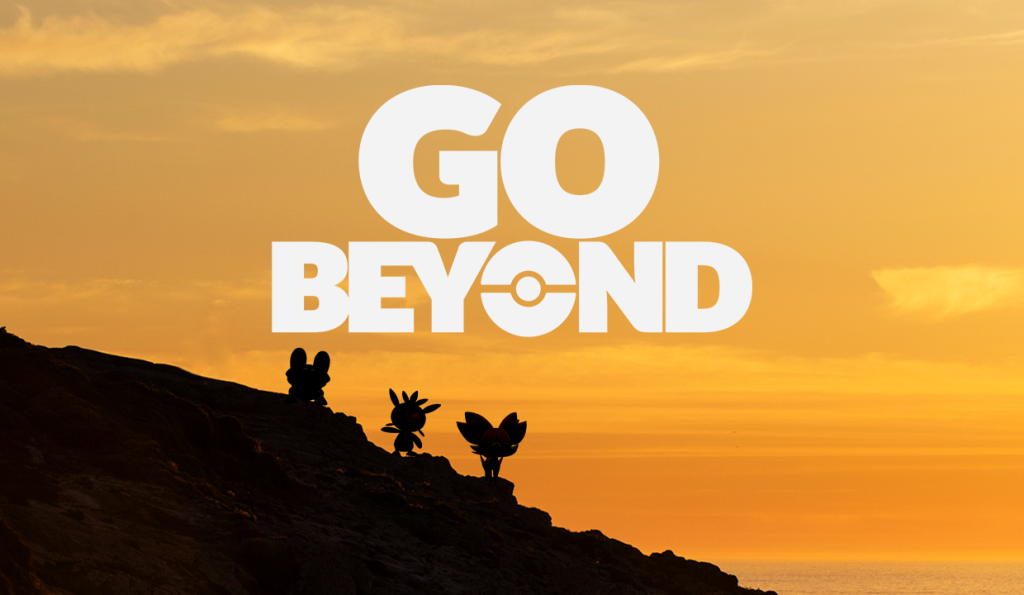 There will be a number of related events Trainers can look forward to, including the Special Celebration Event from Wednesday, December 2, 2020 at 10:00 a.m. to Tuesday December 8, 2020, at 10:00 p.m. local time and the Mysterious Raid Egg where a mysterious Pokémon will be hatching from a one-star Raid Egg.

Pokémon originally discovered in the Kalos region are coming!

Pokémon such as Chepsin, Fennekin, Froakie, Fletchling, and their Evolutions will be coming to Pokémon GO—including the highly anticipated Greninja and Talonflame! Pyroar will also be available in both of its forms.

Here’s a list of many of the Pokémon you can expect to encounter either in the wild, through Evolution, or by hatching Eggs starting on December 2, 2020.

Celebrate the arrival of new Pokémon with a special event!

There seems to be a mysterious Pokémon preparing to hatch from a one-star Raid Egg soon! We’re tracking the progress of this Egg on our social channels, and we might need your help to get it to hatch sooner!

Updates to encountering and catching Pokémon, Adventure Sync, Buddy Adventure, Field Research, Gifts, and more are also part of the GO Beyond update.