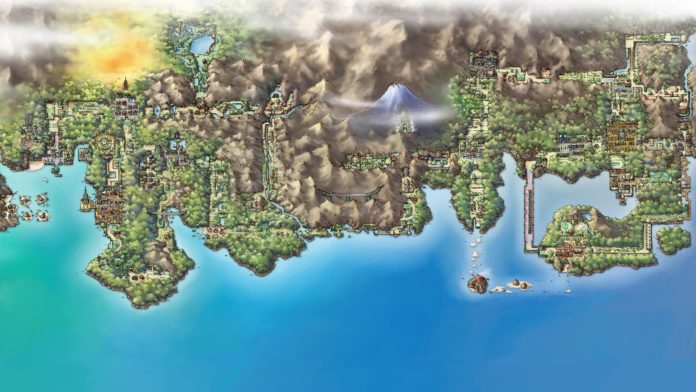 As Pokémon Go reached its three-year anniversary, one item requested by many that has yet to come about is an official Pokémon Go World Map. Ingress has always had an Intel Map, but Pokémon Go players have always had to go without. While many unsanctioned maps have come and gone in the past three years, let’s look at what Niantic can provide in an official product. As someone that travels for a living, 114,000 miles to 145 cities last year, I would love to be able to find the ideal spots to play PoGo when in a new city.

Since before Pokémon Go, Ingress has enjoyed an Intel Map. This map requires the viewer to log into their Ingress account to gain access and once loaded it provides a lot of useful information. First off, and most obviously, it is a map of every in-game Portal, what Pokéstops and Gyms are based off. Additionally, every Portal is colored according to the team that controls it and when clicked on gives the full details of the Portal as well as a list of the players that have deployed Resonators or Mods to the Portal. The map also includes many more features, that I won’t get into as they are mostly Ingress exclusive. 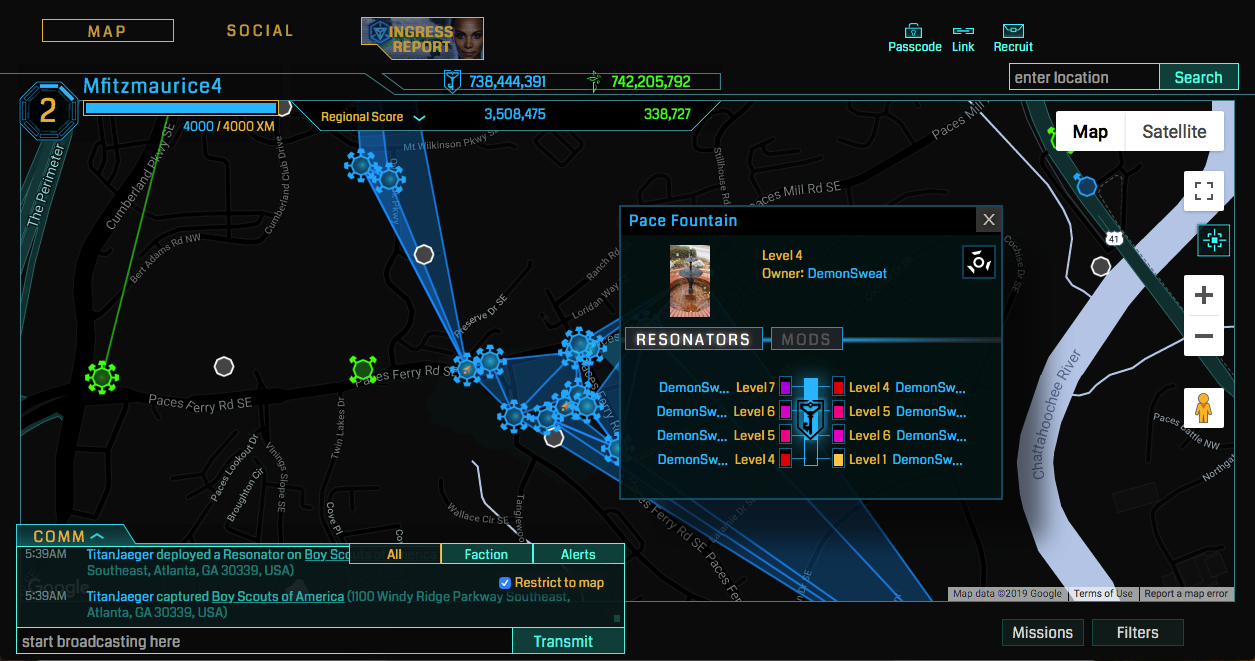 While Pokéstops and Gyms are based on Ingress Portals, there are many Portals that are no longer Pokéstops and there are some Pokéstops, namely sponsored ones, that are not shown on the Intel Map. Furthermore, it is not possible to determine if a Portal is represented by a Pokéstop or Gym in Pokémon Go.

What would an official Pokémon Go map look like? Well at the most basic level a map of all the Pokéstops and Gyms in existence. Just like the Ingress Intel Map each Pokéstop and Gym should provide detailed information on it and Gyms should show if its EX eligible and which team controls it along with the Pokémon and Players defending each location. Put simply at the bare minimum the map should allow any player new to or visiting an area the ability to find the best place to play PoGo near them. Personally, this simple map would be a game changer for me – I could finally decide where to eat dinner while on the road. I can’t be the only one that selects restaurants based on if I can hit a Pokéstop while eating.

Now that the basics of a Pokémon Go Map are out of the way it’s time to dive into the wants, desires, and dreams. Some of these are definitely more likely than others to come about, but one can always dream.

An easy addition to a basic map would be to display Raids. This would include Raid Egg timers and Tier information plus Raid Boss timer and information. The information could range from the most basic of just what Tier Egg or Boss all the way to a list of possible Bosses for that Tier, and a full breakdown of the Raid Boss: Moveset, CP, HP, etc. I know simply indicating Raids would make a LOT of hardcore players very happy.

Another easy feature would be to include the in-game weather ion the map. This would be a great way to help players decide where to play on community day or where they might find a boosted Raid Boss. There are also numerous Pokémon that seem to spawn during certain weather conditions. An indication of in-game weather would allow players to better track down some of these weather booted Pokémon.

An interesting concept that could be integrated into the map would be to indicate Nests. This could be done most simply as a colored polygon on the map. It could even be expanded to show which Pokémon is currently nesting in that location. Simply showing nests helps traveling Pokémon Trainers to find great locations to play. If the nesting Pokémon is indicated – Shiny and IV Hunters would rejoice being able to maybe finally track down that elusive Pokémon.

Something many players would love to see is the indication of what Research Task and Reward Pokémon are at each Pokéstop. It is known that Research Reward Pokémon have an IV floor of 10, and it is theorized that the Shiny Rate is better than Wild Pokémon. Just as above Shiny and IV Hunters would much enjoy this feature allowing them to improve their chances of getting that elusive Pokémon next on their list. This would also help casual players and returning players by allowing them to track down that super rare Pokémon that they just can’t find in the Wild.

The Holy Grail of a Map would include every Pokémon Spawn in the Wild. Wouldn’t that be fun chasing after the exact Pokémon you wanted in real time. While a very unlikely feature of any official map, Trainers can dream. This dream can get even bigger if we consider the spawn indicators on the map could give despawn times as well as full level, IV, Moveset, Gender, and Form information. This sort of map has been what Niantic has fought against since day one; yet they continue to resurface and garner users, most paying for this illicit feature.

While no official Pokémon Go Map has existed – Ingress has enjoyed its Intel Map and many unsanctioned maps have been used by Trainers. Niantic is definitely missing a great opportunity to augment Pokémon Go and assist Trainers in their quest “to be the very best, like no one ever was” and to “catch em’ all!” I understand there may be technical and logistical limitations to an official map. Plus, Niantic is always worried about Trainer Safety and not upsetting the non-player community, and they don’t want players risking either chasing a Pokémon. I think Niantic could definitely better control the conversation if they had an official map. While anything short of a map with everything listed above will still drive illicit maps, the more features in an official map the less people will turn to other products.

PoGo Hub does not support the use of unsanctioned maps as these are a violation of the ToS.