Go Battle League has converted many hardcore raiders to the competitive world of Pokemon Go PvP. It’s an amazing feature and very different from the core series Pokemon games, but what if Pokemon Go’s battle mechanics were more like the core series games?

What if we could actually have 4 attacks, just like in the core series games? Here’s where having a second fast attack for Pokemon Go PvP comes into play. Let’s speculate! 🎰

The core series games always had four move slots for every Pokemon. But battles in core games play out in a turn based manner. Pokémon GO’s PvP is a fast pace “think on your toes” type real time battle. Very different mechanics, so how can we bridge the gap? 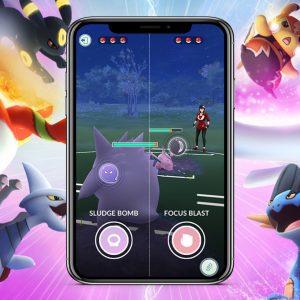 The first concept for the addition of a second fast move would be to have an imaginary vertical line down the center of your phone and tapping the left side activates one fast move and tapping the right side would activate another. 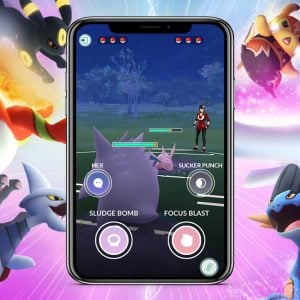 Or what if there were just four dedicated buttons, two for fast moves and two for charge moves? This configuration makes the battle look visually similar to the core series games with four attacks.

Both UI concepts are feasible, but the second one feels more accessible and easier to understand.

As one can imagine, a second fast move would increase the diversity and complexity of Trainer Battles substantially.

This new mechanic would also add a whole new level of game play in terms of energy generation for every charge move. Dual type Pokemon can finally benefit from having more than one move being STAB (Same Type Attack Bonus).

What if Quagsire was able to use both Water Gun and Mud Shot as fast attacks? Giving Quagsire a better water type charged attack would be nice too. Yes, yes, Hydro Cannon Swampert, but Quags got more bulk and deserves some love!

The move Charm Fairy is the first thing that comes to mind. With a base power of 16, Charm hits hard, but generates energy so slowly that you’ll rarely reach a charge move more than once during combat.

Gardevoir has powerful charge moves such as Shadow Ball, Dazzling Gleam and Psychic, but chances are you’re relying on Charm for the beat down. As Charm is terrible at energy generation, currently it’s common to use a charge move just before Gardevoir’s HP is in the red and your opponents have fresh Pokemon with 2 shields.

Imagine having both Charge Beam and Charm?

If Gardevoir could have two fast moves, it could activate Shadow Ball in 5 turns with Charge Beam, rather than waiting 9 turns with Charm. Mixing and match for different rates of energy generation would also be possible, bringing some unpredictability to Trainer Battles.

Pokemon Go PvP mechanics are fine the way they are but adding a second fast move gives it more of the core series vibe.

Pokemon Go is always evolving and adding new features to enhance game play so why not a second fast move? Lets bridge the gap between the turn based core series and the fast paced battles in Pokemon Go!

What do you think about this? Let us know in the comments section below.