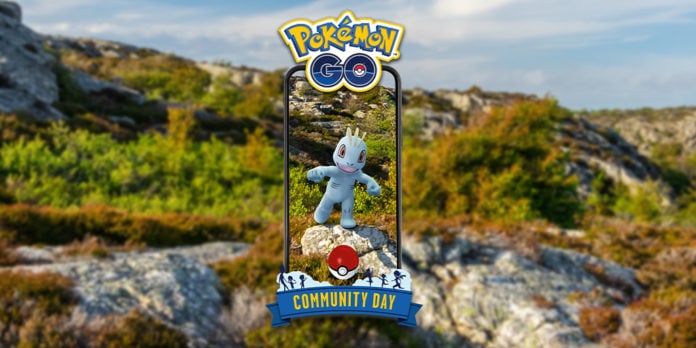 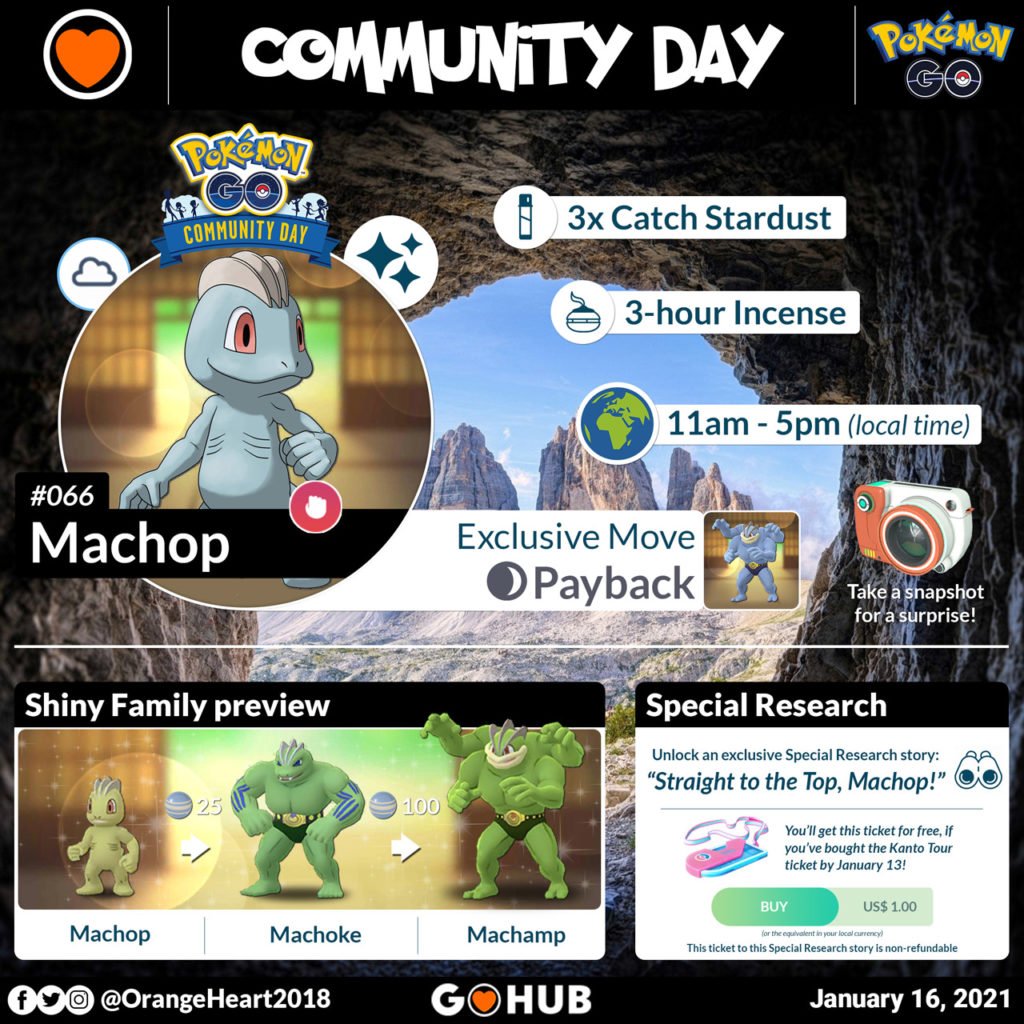 For US$1 (or the equivalent pricing tier in your local currency), you’ll be able to access the Machop Community Day–exclusive Special Research story, Straight to the Top, Machop! If you purchase a ticket for the Pokémon GO Tour: Kanto event by Wednesday, January 13, 2021, at 11:59 p.m. PST (GMT −8), you’ll get this Special Research story for free!

Payback stats are as follows:

Straight to the Top Special Research Story Tasks and Rewards 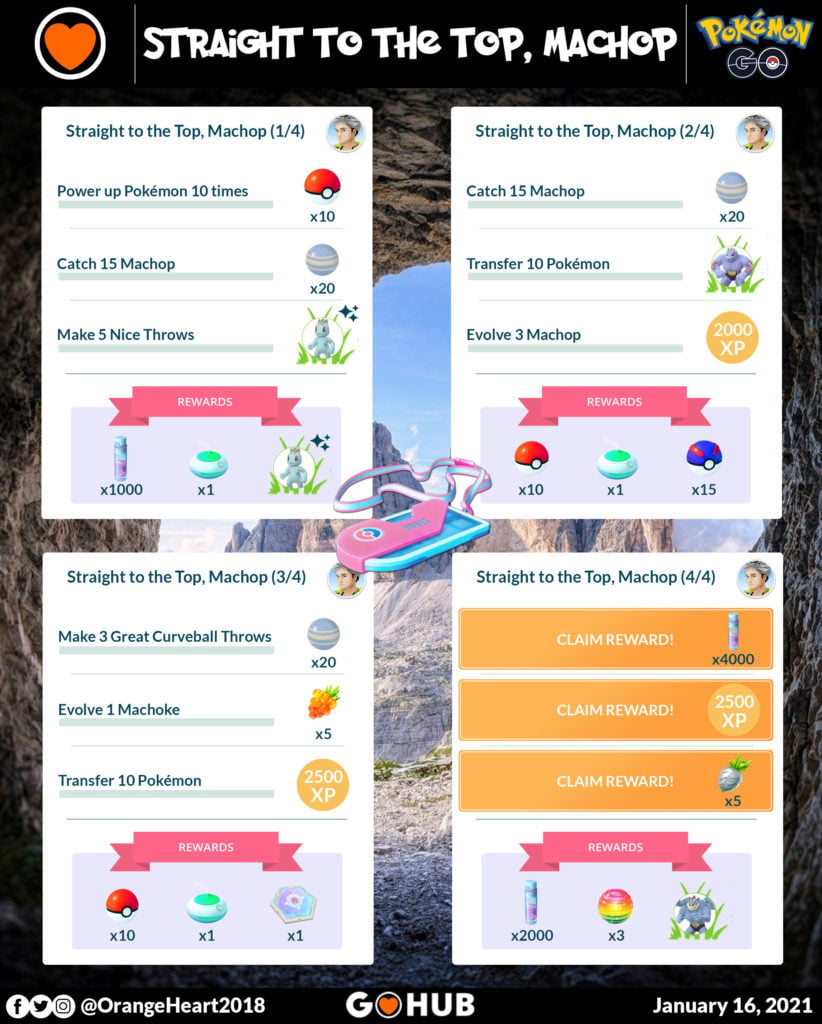