We have the rare luxury to interview Rdash123 again today, this time on the difference between his experience in Ingress and Pokémon GO. For those who are not our regular readers, Rdash is the best Pokémon GO player in Croatia and has now reached level 8 in Ingress, the equivalent of level 30 in Pokémon GO.

After two months of playing Ingress, we discussed both games with him and here’s the recap of our conversations.

Hi again! How did you start playing Ingress?

Hi! I picked up Ingress while researching Pokémon GO spawns using the guide I recently shared with you. I was using Ingress and not playing it for a while, but as time went on I started to enjoy it more and more.

Eventually, after a bit I was playing more Ingress than Pokémon GO, especially after meeting the very active local community in Split, Croatia.

Yes, I do! Ingress proved to be a game that is much better than Pokémon for players who enjoy strategy, walking and not spending money at all on ingame purchases. The in app purchases are almost completely useless, it’s more a quality of life improvement purchases and temporary boosts.

I found that Ingress is played by an older audience and unlike Pokémon GO, there is almost no stress or cheating involved in Ingress. The group I play with and against is around 30 years old and more, they value good plays from both factions and there is really so much more to do…

After two months, I’m quite certain Pokémon GO is a beta version of a game Niantic was unable to deliver in the timeframe they had. Ingress, even though less popular, is their baby.

Well, it’s not like I don’t play Pokémon GO at all anymore, it’s just I play Ingress more. The current event is nice and all, but it’s still a rehash of the same mechanics we had before, nothing new was introduced. I completed a majority of my Pokédex before, so I’m not really motivated to play PoGO now.

Also, Ingress is having a very special event now that includes collecting Shards, transferring them all across the globe, etc… It’s just so different and more engaging, I’ve heard of Ingress players who prepared for this event a week before in order to pull the worldwide Shards closer to their area.

The current Ingress is lore-wise backed and explained on Ingress Investigation portal that’s maintained by Niantic.

There is more hype around Ingress events than Pokémon GO, reddit was hyped for a day and it all went back to normal for Valentine’s day… just look at this picture from one of the previous Abaddon events in Zagreb and you’ll understand: 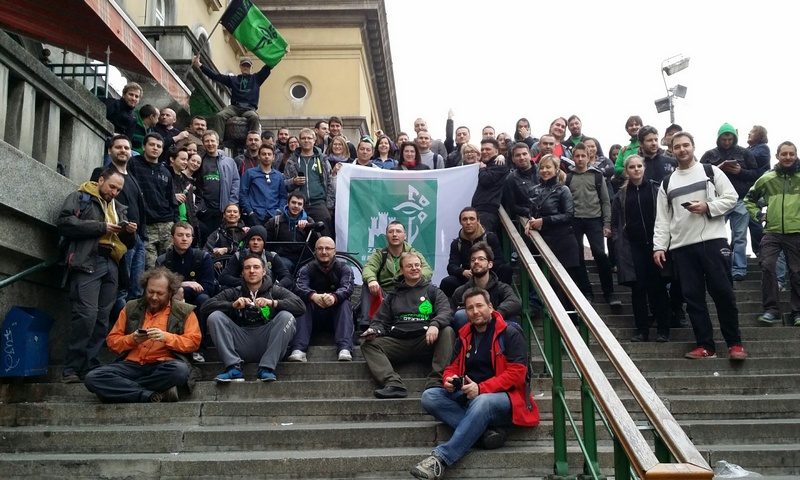 Woah… so, are you coming back to Pokémon at all?

Yeah, but not in the same way as I did before. A huge portion of players are abusing the game and cheating in several ways like having multiple accounts, GPS spoofing etc… Yeah, Niantic dealt with bots, but the spoofers are still going crazy.

People in my area are actually now getting ready to buy Pokémon GO map scans and not even playing the game as it’s supposed to be played. That’s just bizarre.

Cheating in Ingress is taken seriously and I’m glad it is. That just ruins the game and it seems that Ingress bot detection algorithms are way more advanced than in Pokémon GO.

Today I did something crazy in Split with a player named Zujaxman and this is how it looks: