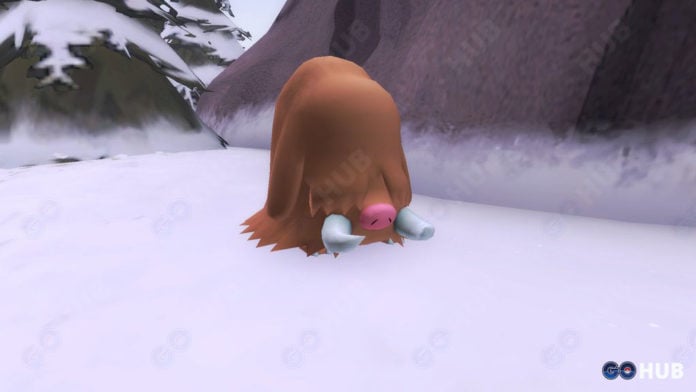 USER GUIDE | Submitted by JovJov14I first saw Swinub​ on social media. It was posted in one of the groups that I joined about Pokemon go. When I saw the post, I really wanted to have one. Then I realized that living in a tropical country would make it difficult for me to catch those. Then I realized that doesn’t work like that all the time with Pokémon Go.

In all honesty, it wasn’t easy finding Swinub​ around my area. I had plenty to catch only because of the lures I place whenever I had time. I managed to collect enough and evolve on into a Piloswine​. I didn’t even realize that I had enough Swinub candies until earlier today. I was scrolling for a decent one to keep them I saw I had 50 or so candies. And like any other excited trainer, I checked for the best one and transferred everything else.

Consider these things if you’re thinking about putting Piloswine​ on your team:

Now, let me tell you some negative observation I had with Piloswine:

Like I said, it was not easy collecting Swinub​ candies, resulting in my 88.1 IV Piloswine not being upgraded completely. For this article, I had to walk around a park to find a gym with defenders in this particular CP range as well. This was crazy difficult!

Eventually, we did find some gyms and tested Piloswine. Here’s what I can share with you guys:

It’s highly recommended for Piloswine​ to be used as a gym defender. Using Piloswine​ in battles would only work great if matched with an opponent of type disadvantage. Since Piloswine​ has 2 types, I think being a defender makes use of those types more effectively.

As an example, I put Piloswine​ as a defender and battled it myself. Note that for this purpose, I attacked​ with Pokémon that has a higher CP.  As a defender, Piloswine​ can take down challengers that don’t have direct type advantage rather easy!

If there’s abundance of Swinub in your area, take advantage of it. Find one with a great IV, power it up and place him in a gym. It may not have the highest CP out there, but it can definitely be a good addition to your defending team.