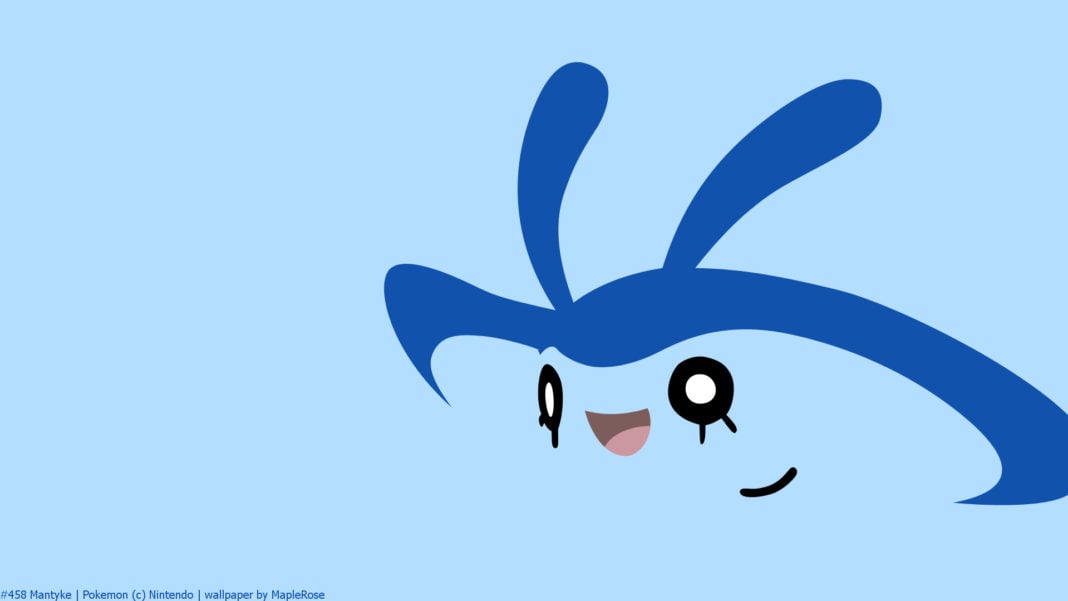 Pokémon GO Mantyke is a Water and Flying type Pokémon, which evolves into the Generation 2 Pokémon, Mantine. It requires 50 candy to evolve, in line with almost all other 2 stage evolutions.

Mantyke has a MAX CP of 1248, with an ATK of 105, DEF of 179 and STA of 128, meaning it is not a meta-relevant Pokémon, but rather a collectible with the potential for evolving later.

Mantyke and its evolution, Mantine, both have a Buddy distance of 5km. There are rarer and more meta-relevant Pokémon whose candy will be much more valuable, so be sure to weigh this up before making Mantyke or Mantine your Buddy.

As with other ‘baby’ Pokémon from the Sinnoh region, Mantyke is hatchable from 7km eggs. The maximum CP for a hatched Mantyke would be 713.

Mantyke is currently only obtainable from eggs, however, if it ever appeared in the wild it would receive a weather boost from Rainy or Windy weather. Any Mantyke with a CP of 1071 or over would have been boosted beyond level 30 by the weather and would have a maximum capture CP of 1159 when boosted.

Mantyke isn’t likely to be a Raid Boss; no baby Pokémon have ever been Raid Bosses in Pokémon Go, so far. If for any reason it ever was, its maximum Raid capture CP would be 713, or 891 if weather boosted.

Shiny Mantyke’s difference in color is quite subtle; It’s more turquoise while normal Mantyke is blue.