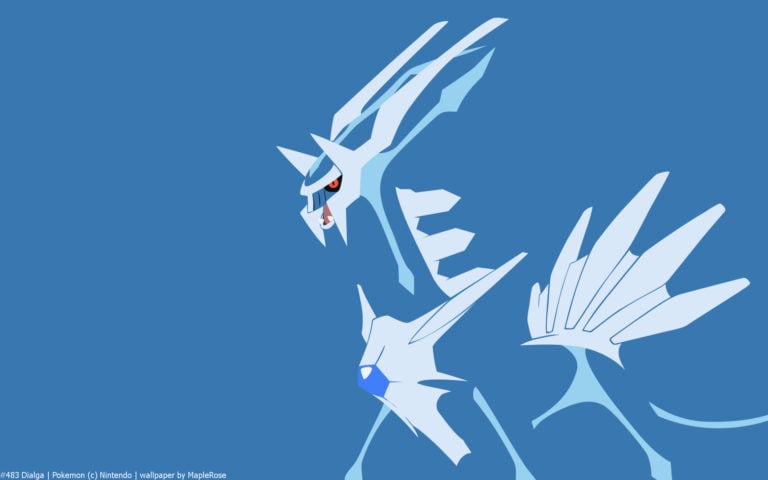 Pokémon GO Dialga is a legendary Dragon Steel type Pokémon that is introduced in Generation 4 as part of the Creation Trio, along with Palkia and Giratina. Dialga has top-tier stats, sporting a post-nerf Maximum CP of 4038, an Attack of 275, a Defense of 211, and a Stamina of 205.

Being able to see Dialga after its stat rework and 9% nerf is certainly disheartening. While it may have the resistances of Steel typing to make it somewhat prominent, the lack of a good move pool and the nerf really drop it from its expected usage.

Now seeing what Dialga has, it is almost as bad as it could have been. Draco Meteor is somewhat serviceable, being comparable to Outrage, but being worse on the aspect of a single bar charge move that opens up chances for lost energy. Meanwhile, Dragon Breath is a straight out nerf, it is worse than Dragon Tail in every way, so the ‘mons with Dragon Tail have a default leg up on the Time God. Palkia with Dragon Tail and Draco Meteor, as well as Garchomp with the glorious Dragon Tail and Outrage it has, will almost certainly do better.

Meanwhile, its Steel usage is pretty nice, to be honest. As predicted, it has the high energy gain Metal Claw, as well as the nice Iron Head to make for a decent charge move. This will easily place it among the top Steel types. However, it will not be the best, as Metagross with Meteor Mash eclipses Dialga.

Finally, it needs to be said that the Steel typing in combination with Dragon of Dialga makes is a resistant powerhouse. It is only weak to two types, Fighting and Ground, while boasting 10 resistances, with 2 double resistances to Grass and Poison, as well as being a Dragon not weak to Dragon. While this does open up Dialga to get smashed by Groudon and Machamp armies in a raid, it also allows it in gym battling to be almost unrivaled, boasting huge power and a wide number of resistances to tackle any potential gym defender. Not to mention it is a Dragon that is not weak to dragons, making it extremely viable in raids.

That being said, a Tl;Dr for this day can be that unless they decide to change Dialga around, this Legendary Dragon is going to play second fiddle due to bad Dragon moves and Metagross getting Meteor Mash.

The biggest weather to look out for is Windy and Snow weather where Dialga as a raid boss gets boosted, while also looking to fight one in either Sunny or Cloudy where Groudon and Machamp will walk all over it.

Shiny Dialga will most likely not be available at launch, but it is reasonable to assume it will be in the game at some point. Basically, Shiny Dialga just gets a little more green-tinted all over.