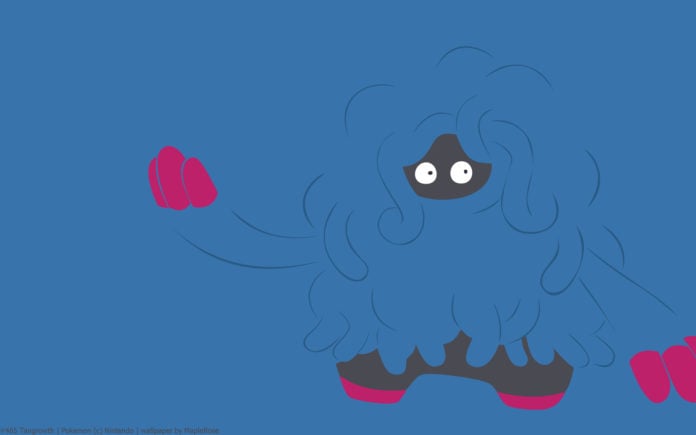 Pokémon GO Tangrowth is a pure Grass type Pokémon, which evolves from Tangela (introduced in Gen 1). Tangrowth’s max CP is a whopping 3110, making it the highest-CP grass type in the game. It has extremely well-rounded base stats: 207 attack, 219 defense, and 200 stamina. It’s safe to say that Tangrowth is worth getting excited about; trainers, stock up on those Tangela candies!

In the main series games, Tangrowth evolves when a Tangela is leveled up while knowing Ancient Power. The evolution of Tangela to Tangrowth is likely to cost 50 candies.

Although Tangrowth’s max CP is high, many Trainers would prefer a Grass type with a slightly higher attack stat. Its meta-viability will likely come down to the movesets that it is given, as in Venusaur’s case.

Here is a chart to compare its base stats with those of other Grass types:

Tangrowth is at the top of the list in terms of bulk, expected TDO and max CP, but it’s clearly not the best choice for quickly dealing the highest DPS. Despite having the second-lowest Attack stat on the above list of meta-relevant Grass types (which is still high enough to win it a place on battling rosters, don’t get us wrong!), Tangrowth may find itself in the same situation as Frenzy Plant Venusaur.

If it’s given high-DPS STAB Grass moves such as Vine Whip and Solar Beam, Tangrowth will hands down be the best Grass type. Leaf Blade would be our top choice, but Tangrowth can’t learn Leaf Blade in the main series.

Unfortunately, Grass types are not very relevant in the current raid meta. Tangrowth’s Grass type moves will deal super-effective damage to past raid bosses Suicune, Groudon and Kyogre (should they ever return to Raid Battles), and future legendaries Regirock, Terrakion, and Tapu Fini. Its usage in future legendary raids may be limited, but it will be a great option for attacking Water heavy gyms. Tangrowth may even find itself as a popular gym defender!

Based on moves that Tangela already has access to, as well as Tangrowth’s learnsets in the main series games, here is a chart of some of its possible moves:

Tangrowth has several weaknesses that are boosted in varied weather conditions. The chart below will help you visualize what weather is beneficial or harmful for battling or raiding with Tangrowth.

Shiny Tangela is not yet confirmed in the game, neither has its shiny sprite been leaked in the network traffic. For both shiny Tangela and Tangrowth, their blue vines turn a vibrant shade of bright green whilst their black bodies and red highlights (Tangela’s “boots” and Tangrowth’s “fingers”) stay the same.

Tangrowth is known as the “Vine Pokémon,” and for good reason!

TangrowthTangrowth is shaping up to be the best Grass type attacker and defender in Pokemon GO. We are not sure how the raiding meta game will evolve, but given our current knowledge, we expect Tangrowth to be used in every team where Exeggutor is currently used, benching all other Grass types aside from Exeggutor.