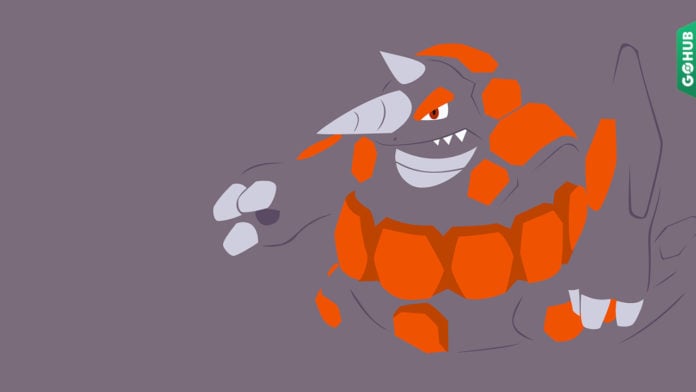 Porygon-Z has an enourmous 264 Base Attack stat, which almost equal to Dragonite and Gengar, but is limited by its bad movepool and lack of usable STAB moves, hence why it’s not on the list. Hyper Beam should still be feared, but offensively, its typing isn’t great and defensively, it’s easy to dodge. It will still surprise ill-prepared attackers that don’t dodge, unless they defeat it first before filling up the Charge bar, given how non-existent its bulk is.

Gallade was doomed from the start. It was doomed to be a bad Fighting attacker, because it can’t learn Counter, Karate Chop, or Dynamic Punch. In the end, it was stuck with Low Kick and Close Combat. Its only possible saving grace is its Psychic typing yet Niantic gave it Psychic, even though it can learn Future Sight in the main series games.

What makes Gallade a somewhat decent attacker is its typing. As a Fighting attacker, the Psychic typing makes it resist the common Psychic type move Zen Headbutt, while as a Psychic attacker, it doesn’t fear Bug or Dark types anymore.

Magmortar was almost never mentioned. It only got Fire Blast instead of the more favorable Overheat, so there’s no use even considering it. What made me reconsider adding it on the list is that its stats are still nothing to scoff at. 247 Attack is still on par with Flareon, which should be enough for it to be at least be an honorable mention. Fire Spin and Fire Blast should still do a respectable damage, but Flareon, Moltres, and Entei are still better options.

Leafeon’s stats may not be enticing at first glance, do remember that one of the top Grass attacker is Venusaur, which has far lower stats that Leafeon. Granted, Leafeon doesn’t have access to Frenzy Plant, but its decent stats and learning Solar Beam is enough to cement Leafeon as a defensive Grass type stalwart that is not named Tangrowth. Quick Attack is actually better than Razor Leaf on neutral matchups, but Razor Leaf will be more usable since you will mostly use Grass for super effective damage. Because Tangela may not be common on some areas, and Eevee usually needs only 25 candies to evolve, Leafeon might be an easier option to obtain and power-up.

Tangrowth is a defensive behemoth with a decent attack. Like Leafeon, it has better overall stats than Venusaur, but has no access to Frenzy Plant. It’s a bit bulkier than Leafeon so it’ll last longer in battles, but its typing and moves doesn’t really fit well in gym defense, unlike Venusaur, whose Poison typing pairs well with common defenders like Blissey, and has a powerful two-bar Charge move in Frenzy Plant. Tangrowth’s bulk is more usable as an attacker. Since Vine Whip has better Cycle DPS than Razor Leaf when paired with Solar Beam, it should still be on par with Leafeon as an attacker.

My apologies for not including Honchkrow when I made the list. Upon checking Honchkrow, it’s a glass cannon Dark attacker, with an Attack stat similar to Weavile, but with its 103 Defense pulling back the high 225 HP, it’s still considered a frail yet powerful Dark sweeper.

It was supposed to be just below Weavile at #6, but I actually dropped it to #8 when I realize it has one flaw regarding its use: its matchup against Deoxys. Don’t get me wrong, Snarl and Dark Pulse are great moves, but because of Honchkrow’s Flying type, going against Deoxys, which has both Charge Beam and Thunderbolt, will be hard since 66.67% of the time, you’ll be going against a Deoxys with an Electric move, which makes it slightly harder to duo. It’s also weak against Ice, so it’ll have a harder matchup against the current iteration of Mewtwo as well.

Against other matchups however, it should fare better. Unlike other Dark types, it doesn’t fear Fighting type moves, which in this scenario makes its Flying type a boon rather than a liability. This means it’s a more reliable counter to Alakazam and Gengar.

There is a lack of Ice type attackers in the Generation III meta, in which Jynx is used, even though it only has an above average Attack stat. This all changes in Generation IV where 3 Pokémon will top the Ice type list. Glaceon should be the Top 3, since it has a lower Attack stat than Weavile, but makes up for in bulk. Frost Breath and Avalanche is the best Ice moveset, with maneuverability to boot. The only thing holding it back is its stats which are still not as high as you want it to be, but enough to make Glaceon a solid option. Like Leafeon, Eevee tends to only need 25 candies to evolve, which makes it a more accessible option for some players.

The only reason Magnezone rose this high into the list is its access to Spark and Wild Charge. Spark might not be a household name as an Electric type Fast Move, but it’s almost on par with Thunder Shock DPS-wise. Unless Magnemite spawns are decreased, it’s going to be a more accessible Electric attacker that can actually rival the top Electric attackers Raikou and Electivire.

Weavile should not just be a top Ice attacker, but also a top Dark attacker. It may have slightly lower attack than Tyranitar, but it has a far better moveset in Feint Attack and Foul Play. This difference in DPS should be enough to overpower Tyranitar, but not outlast it, given Weavile’s glass cannon stats.

Weavile should also be in contention in the Ice type list. Ice Shard and Avalanche is still a great Ice type moveset, albeit a slower one. Because of how it’s completely outclassed by Mamoswine, and the current EX Raid Boss Deoxys not leaving anytime soon, it might have more usage as a Dark attacker rather than an Ice attacker.

Roserade has two useful movesets, Poison Jab and Sludge Bomb, and Razor Leaf and Solar Beam. Its Poison moveset, while being the best in the game, is not really that important, since Fairy types are not that prominent, given the lack of a Fast Move (more info here), and most Grass types are also part Poison types. While yes, this Generation did release two prominent non-Poison type Grass Pokémon, they are probably going to be used more as an attacker. Plus, the two best Grass type defender either a) resist Poison (Venusaur) b) can hit back with a super effective move (Exeggutor). With these facts in mind, let’s focus on the Grass type moveset.

Roserade’s glass cannon stats might rival Breloom, but unlike Breloom, Roserade has access to usable moves. Roserade will effectively be one of the best, if not the best, Grass type attackers in the game. The only thing that will possibly overpower it is Sceptile with Frenzy Plant, which is possible within the next 5 – 7 months considering the current trend in Community Day releases.

It happened! Electivire got Wild Charge! The move that was once only usable with Raikou is now in the hands of a worthy rival. Since Raikou was only available for a short amount of time, Electivire’s usage should skyrocket given how useful an Electric type attacker can be. However, it’s not all good news for Electivire. Raikou is still bulkier and the Attack difference is only 7, so Raikou might still be better on some cases. Plus, if not this Generation, Raikou will eventually be outclassed by the Electric Legendary Pokémon of Generation V, Thundurus and Zekrom.

Mamoswine is a complete beast stats-wise. 247 Attack paired with 242 HP is not that common among regular spawns. While its Ground type moveset is just okay (more on that on an article I’m working on right now), Mamoswine shines best as an Ice attacker, and probably the best one in the meta right now. Powder Snow is basically a Charge Beam in Ice type form, which pairs very well with Avalanche. Its bulk also makes it a passable gym defender, but it doesn’t pair well with Blissey, given its similar Fighting weakness, as well as being weak to the common attacking types like Water and Fire.

Missed the Larvitar Community Day? Don’t worry, Rhyperior has got you covered. Access to the coveted Smack Down and almost unfair bulk made Rhyperior easily the best evolution introduced. It’s not the most powerful Rock attacker though, because that is taken by Rampardos, a new Generation IV Pokémon with access to not only Smack Down, but Rock Slide as well, which is the best Rock type moveset. Rampardos is basically the Rock type equivalent of Mewtwo, having 295 Attack but 109 Defense. Rhyperior, on the other hand, has the bulk to make it last in battles. It still has Rhydon’s ground moveset in Mud Slap and Earthquake, which is just okay.

There’s still a lot to cover regarding Generation IV, like how Rampardos and Rhyperior will outclass Tyranitar, the disappointing Charge Move of Giratina in Shadow Sneak, and Arceus’ hodge podge of a moveset. Hopefully, we at Pokémon GO Hub will get to cover it in the coming days so stay tuned.