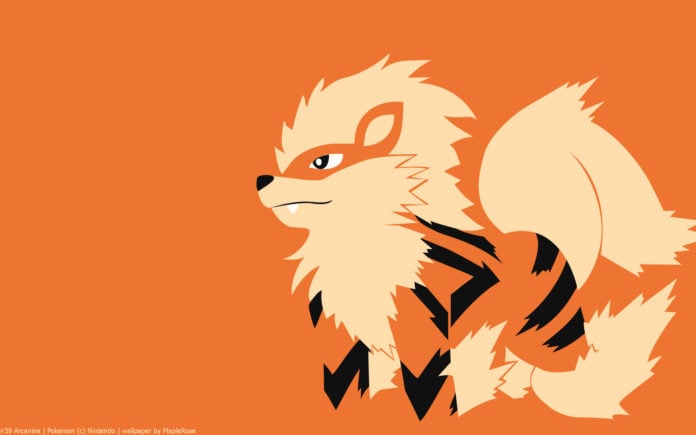 Arcanine was introduced with the Generation 1, when the game officially launched back in 2016. Being the evolution of Growlithe and a pure Fire type, most people used Arcanine as a Gym Defender when the old gym system was still a thing. Unfortunately, Arcanine usage slowly decreased after Raids went live, since there were a lot better options for raiding. Since then, Arcanine made an appearance in Level 4 Raids from time to time, and as research rewards in some events, making him at least somewhat visible.

With time, better Fire-Type attackers such as Entei, or Blast Burn Charizard were introduced, and with the adittion of PvP, even more Fire-Type began to shine, leaving poor Arcanine in the shadows.

Still, Arcanine is a favorite Pokemon for many Trainers around the world (including myself), and I’m curious to see how it fares in PvP. Let’s dig in a little in Arcanine’s PvP stats and see what he has to offer nowadays in both Great and Ultra Leagues.

Arcanine has a Maximum CP of 3029 at Level 40. As a pure Fire type, it is weak to Rock Ground and Water and its resistant to Fire Ice Grass Steel Bug and Fairy type pokemon. Arcanine’s stats are distributed as follows:

Arcanine has a fairly diverse move pool and access to the following moves:

Arcanine is very weak to 3 of the most common used types in PvP, and resists 7 other types. Sadly, this does not make any good to him in the Great League, where you can find opponents such as Swampert (with the exclusive Community Day move Hydro Cannon), Bastiodon, and many more who can easily destroy him.

Although Arcanine has good stats, its poor move coverage does not help him in most match-ups. He delays a lot to charge attacks, and its basic moves are also very slow. The opponent will strike before you – guaranteed.

He is not the weakest of all Fire Pokemon available in the Great League, but he is surely not one of the bests. There are way better options, like the before mentioned Blast Burn Charizard, but also Typhlosion, Castform and Blaziken.

However, if properly used, Arcanine can tie Lucario with Fire Fang using no shields and wins equal shields. In this case, you should exercise caution, as a followup Bastioddon or a Swampert mentioned above can destroy him easily.

In Ultra League, things do change, but not by much. Arcanine’s DPS and stats are strong enough to make it a fairly decent Pokemon, much better than Great League at least, but still lacks power and moves to be a top tier contender.

The problem is still the same – a poor move pool. If only it had better type coverage, Arcanine would be great.

If you lack Melmetal or legacy Magneton, you can use Arcanine with Wild Charge, but there’s always the risk of being damaged from Water attackers. In Fire type terms, there a lot of better options to use.

In terms of DPS, the ideal move set for Arcanine is always Fire Fang as Fast Move, and Wild Charge/Crunch as Charged Attacks. He has access to two Legacy Moves, Flamethrower and Bulldoze, but none of those are helpful because there are better moves on both sides. Plus, the match ups where these moves would be useful are rare and few between.

Fire Fang seems to be Arcanine’s strongest asset, since it has strong DPS and also benefits from STAB. Crunch / Bite on the other hand, are useful Dark type moves, and may come in handy sometimes.

Arcanine is not a bad Pokemon, in fact its stats are pretty decent. The only problem with him is, as mentioned, is its move pool. Given the right moves, Arcanine could shine again, just like the good old days. With Fire Spin and Overheat, or Blast Burn (though we know is a Community Day Exclusive move), Arcanine could rise in PvP ranks significantly.

Using Arcanine in PvP is not highly recommended, but if you want to use it, you should try to go with the move set listed above. It may come in handy in certain situations, but most time it won’t, so be prepared for everything.

Let us hope that Niantic gives Arcanine a better move to learn – a move that actually allows him to climb fast in the list of Fire attackers.

In the meantime, you can keep an Arcanine for the shiny form and because it’s a beautiful golden wolf-like Pokemon.