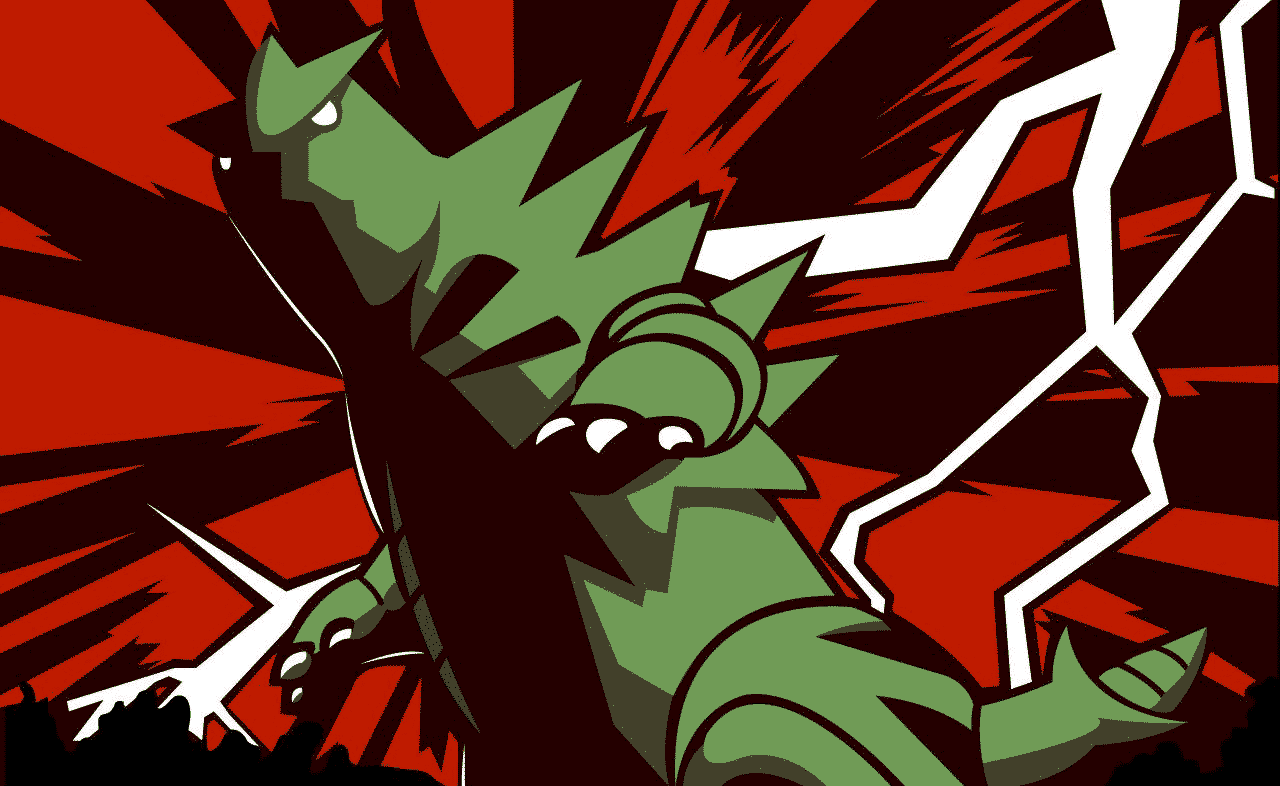 The Dark type was one of the two new types introduced in the Gen 2 games, Gold, Silver, and Crystal, alongside the Steel type. There are 54 Dark type Pokémon in the games as of Gen 7, landing it 7th in rarest types, and 11 of those Pokémon are pure Dark types.

There is a large selection of Dark type moves in the games as well, though the most common and popular one in Pokémon Go and the main series games (in terms of how many Pokémon can learn it) is Bite.

There are still many Dark Pokémon to be added to the game, so below we have a list of Dark Pokémon that are worth a mention, as they will be the more relevant Dark types in the game.

The majority of amazing Dark types are to be announced in later generations, but Tyranitar is doing a great job holding down the fort as the current best Dark type and will continue to be one of the most grounded Dark types in the game.

Hydreigon will be moving in as a great Dark type attacker, with just a slightly higher attack than Tyranitar but a lower overall stamina and defense, making Tyranitar the more well-rounded choice. Assuming Hydreigon gets a good Dark type move set, it will make a great addition to any Dark team, and the same goes for Legendary Pokémon, Yveltal.

Darkrai however, blows the other two out of the water with its massive attack stat. Unfortunately, Darkrai will likely be obtained through quests and research — therefore only one per person — but it will serve a good backbone to your Dark team.

Now we can move on to an interesting topic, move discussions for the new Pokémon mentioned above! Below we will speculate some fast or charge moves that each of these new Pokémon might have. Charge moves can hold a good amount of variability, so they will be based mostly on coolness factor and a little bit on power. Take these with a grain of salt; new moves can be added in each gen to expand on these ideas, but these move sets would be fun to see!

Dark Types in the Meta

Dark types are a hot topic with Mewtwo EX raids, as well the as Psychic type Eon duo’s presence in legendary Raid battles. There are more Psychic type legendary Pokémon in the future as well that Dark types will thrive against, including Cresselia and the lake trio: Azelf, Mesprit and Uxie.

Giratina, a Gen 4 Ghost / Dragon type, will also be countered by Dark types. Farther into the future we can even begin to think about countering Necrozma (psychic), Lunala (psychic/ghost), Solgaleo (psychic/steel), and Blacephelon (fire/ghost). Several mythical Pokémon are also countered by the Dark type, but unless gym systems or quests are changed, it does not seem like we will have to battle the mythicals any time soon.

Needless to say, Dark types are going to be pretty useful in the coming years in raids against powerful legendary Pokémon.

History of the Dark Type

The Dark type in Japan has been referred to as the ‘evil’ type, which could contribute to why there has never been a dark type gym in the main games, though a few Elite Four members have featured the Dark type, including Karen of Johto, Sydney of Hoenn, and Grimsley of Unova. Nanu of Alola also features a Dark type team for his Island Kahuna battle.

The Dark type was added to the game to counteract the over-powered Psychic types of Gen 1 (seriously, it was bad, they needed to be stopped) much like how Fairy was added to counter the ever growing Dragon type. Dark types, alongside Poison types, are also the most used by the evil teams in the main games.

The Dark type, though regarded as evil, is a really good offensive type and will continue to be useful in the future!

Kratos - November 25, 2020 0
Generation 6 is right around the corner! And as expected, the game master file has been updated including the movesets for Generation 6 Pokémon....