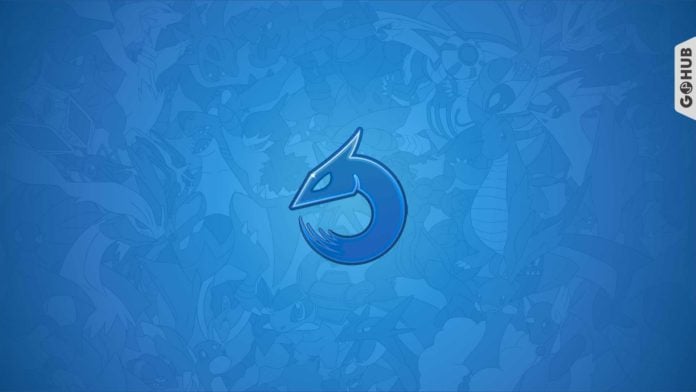 The epitome of fantasy for many, even in the Pokémon world, the Dragon type Pokémon are undoubtedly some of the coolest and most sought after monsters in Pokémon Go. Remember when Dragonite was the most coveted Pokémon when this wonderful game came into existence?

Well, Dragon types still are and will be among the best Pokémon around. No wonder that most legendary and pseudo legendary Pokémon are dragons. Even the latest generation of Pokémon: the Galar region blessed us with Eternatus (legendary) and Dragapult (pseudo legendary), two amazing Dragon type Pokémon.

But aside from the design and the lore, what makes Dragon Pokémon so cool is the dominating role these draconic beasts play in the competitive scene. This might sound ironic considering the fact that Dragon type moves are only super-effective against other dragons. What really works is that out of the 18 different Pokémon types, only 2 of them (namely the Steel and Fairy types) resist Dragon type attacks.

This means that Dragon type attacks deliver a good amount of damage to a large section of the meta. Add the fact that most dragons boast of pretty good stats, their attacks become all the more fearsome. Even those with average stats such as Altaria and Kingdra find a niche for themselves in the lower leagues of PvP.

Which begs the following questions:

This write-up aims to provide a detailed analysis of the limited but very useful Dragon type moves in the meta and arms you with some interesting Dragon type nuggets of info. As a bonus, Dragon type enthusiasts are going to love this one!

Before we begin, here are some important terms that you need to be aware about in order to understand Pokémon moves and battle mechanics better:

As it has been aptly put in our article regarding the correct moves for Pokémon Go PvP:

Dragon Tail is a flagship Dragon type fast move in Pokémon Go and is the most common fast move you would find in most dragons.

For gyms and raids, this is your go-to fast move as it is pretty damaging and charges up your charge moves quite fast.

In PvP, it is a very respectable fast move as its (DPT/EPT) is (3.00/3.33), which is a fine example of hovering just around the (3.00/3.00) borderline. While the energy gain is pretty decent, its damage output leaves something to be desired.

This brings us to our next move…

For gyms and raids, Dragon Breath is undoubtedly a good move but it lacks the raw power of Dragon Tail.

For PvP, Dragon Breath is not just the best Dragon type fast move but also one of the best PvP fast moves in general. While its power is less than Dragon Tail, the low cooldown aids in improving the DPT to 4.00 when compared to Dragon Tail’s 3.00. With an amazing (DPT/EPT) of (4.00/3.00), it charges decently fast and does considerable amount of damage to take off chunks of the opponent’s HP from the fast move alone.

Charged moves are delivered through energy generation from fast moves. One of the most important aspects regarding charged moves is the numbers of bars that the move is.

1 bar charged moves are classified as taking up 100 energy (depicted as -100) and take up a lot of time to generate energy from fast moves.

3 bar charged moves are usually low in power and it takes considerably low amount of energy to fire off that move.

As a nod to the Pokémon Competitive Battles and the Main Series Games, charged moves can have stat changing effects in PvP.

With that being said, let us check out the various Dragon type charged moves in Pokémon Go:

Outrage is a very well established Dragon type move in the competitive scene and is arguably the best Dragon type move when you consider the sheer power and 100% accuracy that this move carries. The catch is that your Pokémon is locked to using Outrage for the next 2-3 turns and gets confused afterwards.

Outrage is undoubtedly one of the most powerful moves in all of Pokémon Go as just mildly expensive in PvP. Getting hit by a Dragon type STAB Outrage is a stuff of nightmares and few Pokémon can survive that. Even the occasional steel and fairy types that can take an Outrage are robbed off a good portion of their HP.

In PvE, this is technically the only Dragon type move you want. With just 50 energy and a massive 110 DMG, this move is currently unmatched.

In PvP, Outrage costs a decent 60 energy and once again, dishes out the jaw-dropping 110 DMG. 60 energy isn’t bad at all! Going by the sheer Base Power of the move, it is more than justified.

You don’t want to tick off a dragon. The repercussions may be just ‘outrageous’!

Draco Meteor is one of the coolest looking Dragon type charged moves. A dragon summoning meteors from the sky, which are aimed at you? Yikes!

On paper, Draco Meteor looks more powerful than Outrage. Getting hit by a Draco Meteor absolutely nukes. It is one badass move without a shadow of a doubt.

I wrote about how Outrage has been blessed with absolutely no ‘complications’ from the competitive scene. Draco Meteor, on the other hand, does seem to have its issues.

For starters, it is a 1 bar charged move. While the Base Power is amazing, it takes way too long to charge up. In raids, a powerful Dragon may very well faint even before it even can even launch a Draco Meteor.

In PvP, Draco Meteor is honestly not that so much of an impressive move. If there are no shields in play, Draco Meteor would undoubtedly nuke your opponent. However, it still comes at the cost of your own dragon’s ATK stat decreasing by 2 stages! And in case your Draco Meteor has been shielded, it leads to nothing but wasted energy and a harsh reduction to your dragon’s ATK stat.

In the main series games, Draco Meteor is a Special Move with unreliable accuracy and great power. This is reflected in Pokémon Go as it is indeed an unreliable move.

Dragon Claw is a 3 bar charged move in PvE. While it doesn’t sport too much power, it can be fired off very quickly due to the low requirement of energy. As such, it is one of the best moves for sweeping gyms.

In PvP, Dragon Claw is extremely useful. Being 2 bar and requiring a mere 35 energy, it puts extreme shield pressure on the opposition. With the luxury of 2nd charged moves in Pokémon Go, Dragon Claw is one of the best you can give to any Pokémon, Dragon type or not (just ask Charizard!).

Quick to charge, largely unresisted and the possibility of baiting shields, Dragon Claw is a blessing to the PvP meta.

Dragon Pulse is left in an awkward position.

90 DMG for 50 energy in PvE isn’t really bad but when you look at the DPS, Dragon Pulse simply pales in comparison to the other Dragon type charged moves. You’re better off using the other moves in PvP.

In PvP, Dragon Pulse once again bites the dust when compared to Outrage. With the same charge energy of 60, Dragon Pulse does only 90 DMG when you compare it to Outrage’s 110 DMG.

In a nutshell, Outrage simply takes out the pulse from Dragon Pulse.

If you thought Dragon Pulse was the most underwhelming Dragon type charged move, think again!

Twister is not just the worst Dragon type move, it is also one of the most disappointing charged moves in general.
Yeah, it’s just so bad.

With just 33 energy in PvE, this move charges up in no time. But with that measly DPS, it hits like a pillow.

Twister in PvP is again bad. However, the only utility you can derive out of it is its potential to bait shields. More often than not, a shield can make all the difference in a PvP bout. So you may run Twister as a 2nd charged move and force your opponent to put up a shield. That’s the one form of utility you can draw from Twister.

In conclusion…
With a rather mixed array of moves, the choice is simple.

Dragon Claw is ideal for gym sweeping due to its low energy cost and good DPS. It is an excellent choice for a secondary charged move for any Pokémon in the current meta.