All’s fair in love and war…well almost. The past two weeks has been strewn with controversy over gym battle etiquette. I’ve heard rumblings both in my local community as well as on the Go Hub Forum. There are no iron clad rules for battling gyms in Pokémon Go, but here are a few suggestions to help keep the peace with your fellow trainers.

Written by Thorend, GO Hub Forum administrator. The Hub’s forums are a wonderful, well moderated place which you should absolutely join.

Do:  Battle gyms and have fun! Get out in the community visit the local gyms, battle with some of your favorite Pokémon you have captured.

Don’t:  Having a global meltdown if you lose your gym solves nothing, so stow the tantrums.

Do:  Feel free to capture gyms before raids, it is in your best interest to have the gym bannered for your team. If another team wants it or wants to keep it they can feed berries or try to recapture it.

Don’t:  Complaining about not having many balls or being kicked out before a raid is futile. Either feed berries to Pokémon to prevent the gym from being taken down or come and capture it back before the raid starts. Coordinate both with your team members if possible for the greatest chances of success.

Don’t:  Don’t be “that trainer” who breaks an obvious theme. If you click a gym and there are 5 Eeveelutions and you have the last one, keep that theme alive! If you are able, embrace the theme rather than intentionally sabotaging it.

On that same note of there are only two or three Pokémon fitting a “theme” already in the gym you can’t expect people to read minds so don’t get angry if when somebody drops in a random Pokémon.

Do:  Be respectful of the Pokémon you choose to drop in a gym. If a trainer goes through the effort of taking over a gym follow suit of the size/strength of Pokémon you place in that gym. If there are 4 full-health, high-CP Pokémon already in the gym, add something strong or good at gym defense. If you take over the gyms, do as you please, you put in the work so put in whatever Pokémon you want.

Don’t:  If the gym is full of high-CP defenders, please, don’t dump the 13 CP Pidgy you caught up the street. It is disrespectful of the efforts of the trainer(s) who put in the work to capture the location. If there are trainers actually trying to hold a gym to get XP, you adding a weak ‘mon does not help hold the gym.  If you took the gym or if it’s the middle of the day and the Pokémon have zero motivation and have been there for days, drop in anything you want. You might keep a small stock of reasonably high-CP Pokémon with bad IVs if you don’t want to have to revive and heal the Pokémon.

Do:  Be aware of the gym location. If it is at a business, play somewhere you don’t disrupt the patrols or employees. If you drove to the location, park somewhere out of the way that does not inconvenience their patrons. Find out if there are posted hours at parks, cemeteries, museums or historic landmarks and honor those times.

Don’t:  Violating ordinances to take a gym is a good way to lose a gym or end up with a fine. If there is an admission fee required to get in to get to a gym, pay it or move on to a different gym.

Do:  Participate in the Gym system and kick people out but…

Don’t:  Generally speaking try to avoid taking down gyms between 11:00 p.m. until 12:01 a.m. so people can collect those free coins. Coins reset at midnight local time, so kicking out players late in the day is keeping that person from getting coins. Be aware that attacking late in the day may have an effect on the people you are kicking out, especially if they have defended for 6 hours or more.

Some people who play the game rely on the free items they collect. Causing them to lose that 50 coin bonus may mean they miss out in raids the next day because they are short of coins for an extra pass. If your schedule does not allow you to get out early please wait until after midnight.

Do:  Berry those gyms to keep motivated Pokémon. Occasionally you might even consider even using berries to defend a gym you are trying to control. In addition to keeping the Pokémon motivated at least 20 stardust is earned for every berry so there are multiple reasons to feed them to your Pokémon in gyms.

Don’t:  Complaining that someone uses berries on a gym gets you nowhere. If they are using berries to replenish their Pokémon’s motivation, then they want that gym for some reason. They have as much right to that gym as you do, so either battle through the berries or move on to an easier target.

Do:  Communicating with other teams is a good thing.  If your local group wants to work out a rotation for gyms, or make arrangements to not kick each other out of a certain gym that is wonderful.

Don’t:  Not all trainers or teams will be open to negotiations or scheduled control. If peaceful communications fail, you have to battle, battle, and battle some more if you want a gym. Some trainers live or work near a gym and refuse to deal. Chances are they want to utilize the gold badge and team control bonus to get extra items. If you run into that situation you have an uphill battle. You will have to decide how much effort you want to put out and if it is worth the hassle for a particular gym. 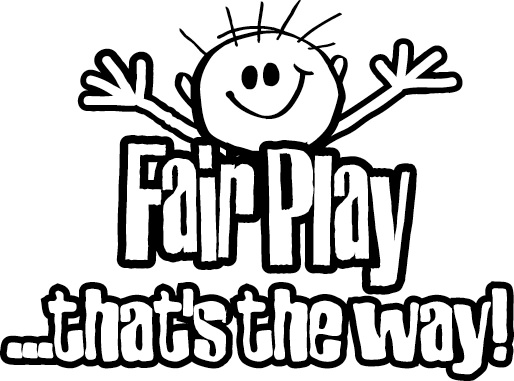 So why control a gym anyway? As previously stated you get more items with a higher gym badge; this has been covered in depth on Go Hub.

The last factors are personal goals and team pride, and maybe those factors are worth the effort alone. Catch rates were taken from the Go Hub article on Mewtwo.