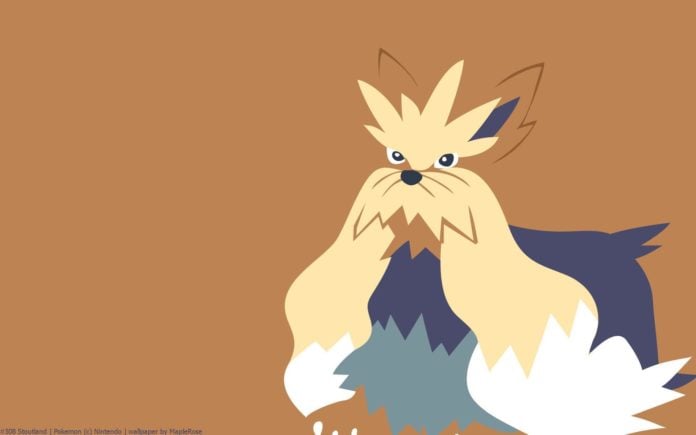 The best counters for the pure Normal type Stoutland are powerful Fighting types like Lucario, Conkeldurr, Machamp and Hariyama.

Stoutland can be easily beaten by a raid group consisting of 2-3 trainers with level 30+ counters and the job gets much easier under ideal weather conditions, particularly by the Cloudy weather which boosts Fighting type damage. Stoutland in itself is boosted by the partly cloudy weather.

This guide will help you sort out the best counters to this doggo boss and tame it with minimal effort.

Stoutland is obtainable with the following CP values:

Lucario is not just a superior doggo when compared to Stoutland, it also happens to be the best Fighting type in the current meta. With the ever-formidable Counter and its signature Aura Sphere, Lucario is your #1 partner to annihilate Stoutland

Gen 5’s brass ring Fighting type and Machamp 2.0 is one of the best hitters out there. Period. It packs the ultimate Dynamic Punch in the game and totally bashes Stoutland with those two heavy concrete block

The former king of the Fighting type throne and a beloved veteran, Machamp will always be usable. Due to its consistent availability as a 3* raid boss, almost every trainer has a high-level Machamp in their stride. It won’t disappoint.

With added bulk and the bread and butter moveset of Counter and Dynamic Punch, Hariyama is a strong member of your anti-Stoutland squad. It hangs around long and hits hard. Always a great addition.

Being a Normal type 4* raid boss, Fighting type is your exclusive best bet at taking out chunks of Stoutland’s HP.

Lucario is the undisputed champion for any type weak to the Fighting type. However, due to Riolu’s unavailability in the wild, rare hatch rate from eggs and heavy investment in maxing it out, not everyone has a high-level Lucario.

And that’s totally okay ‘coz Conkeldurr and Machamp have been accessible throughout courtesy of their availability as raid bosses as Timburr (1*) and Machamp (3*) respectively.

As such, taming Stoutland isn’t really a major challenge.

Stoutland has the following stats in Pokémon Go:

Stoutland can learn the following moves in Pokémon Go:

Lick is a good move as it charges relatively fast and helps Stoutland get to its charge moves quickly.

Take Down is an underwhelming move in comparison to Lick, and shouldn’t really worry you.

Play Rough does massive damage to your Fighting types and needs dodging to make your fighters hang in longer.

Crunch is Stoutland’s cheapest charge move and as such, the most dangerous in general as it also dishes out pretty good damage.

Wild Charge is a powerful move but it is pretty easy to dodge it.

Stoutland comes with a balanced set of stats that make it quite decent. So Stoutland won’t exactly go down like a pack of cards but with some dodging and a barrage of Counter, Aura Sphere and Dynamic Punch… you’ll be giving treats, er, berries to Stoutland.